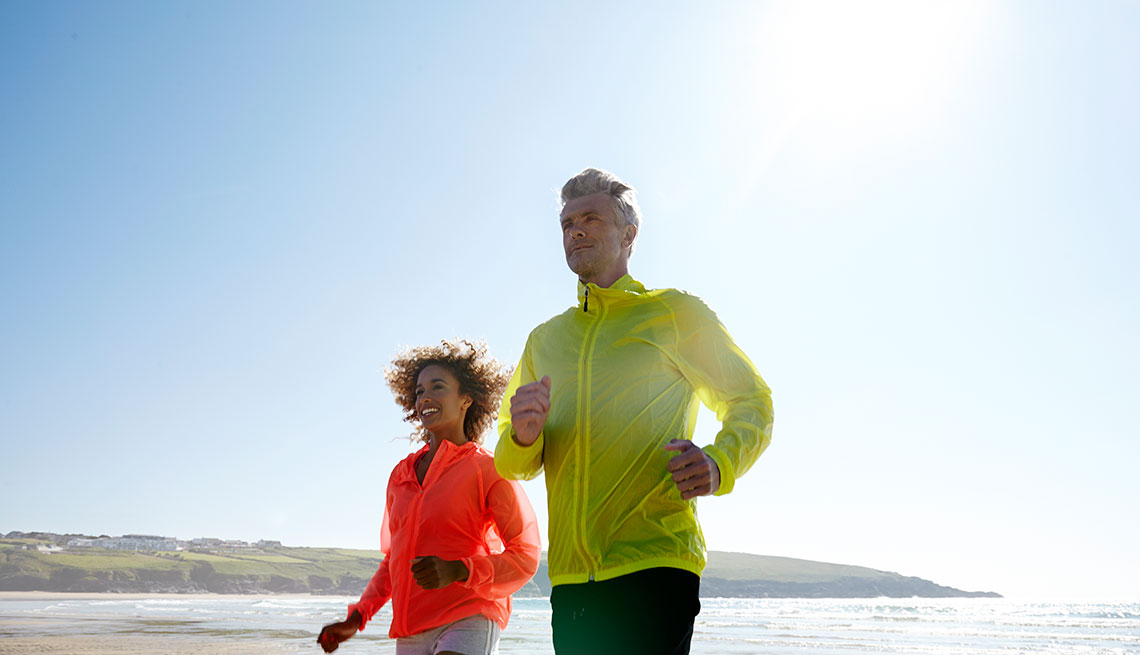 Simply getting older doesn't cause a loss of immune protection, a new study suggests. Rather, it's a lack of exercise that's to blame.

En español | Consistently exercising over the course of a lifetime is definitely the best medicine when it comes to slowing the aging process and staying healthy, a new study finds. British researchers at the University of Birmingham and King's College London compared the muscles and immune systems of a group of older adults who had exercised all their lives with a group of similarly aged adults and younger adults who had not exercised regularly. What they found is that those who worked out consistently defied the aging process by enjoying the immunity and muscle mass of a much younger person.

The study suggests that simply getting older doesn't cause a loss of immune protection. Rather, it's a lack of exercise that's to blame.

"Hippocrates in 400 BC said that exercise is man's best medicine, but his message has been lost over time and we are an increasingly sedentary society," Janet Lord, a professor at the University of Birmingham, said in a written release. "However, importantly, our findings debunk the assumption that aging automatically makes us more frail.

"Our research means we now have strong evidence that encouraging people to commit to regular exercise throughout their lives is a viable solution to the problem that we are living longer but not healthier," she said.

In the study, Lord and the other researchers recruited 125 male and female cyclists between the ages of 55 and 79, and then examined various benchmarks of their health that typically decline with age. Those cyclists that had exercised throughout their lives preserved muscle mass better than a control group. They also exhibited an immune system that functioned nearly as well as that of someone decades younger. In an earlier phase of this ongoing study published in 2015, the cyclists had lower body fat and cholesterol levels.

The study notes that an organ called the thymus, which produces immune cells called T cells, typically starts to shrink after a person turns 20 and makes less T cells. However, in the study, the cyclists' thymuses were making as many T cells as those of a much younger person.

"The findings emphasize the fact that the cyclists do not exercise because they are healthy, but that they are healthy because they have been exercising for such a large proportion of their lives," Stephen Harridge, a professor at King's College London, said in a written release. "Their bodies have been allowed to age optimally, free from the problems usually caused by inactivity. Remove the activity and their health would likely deteriorate."

But even if you've been a couch potato since youth, there's a benefit to starting a regular exercise routine even later in life. A study by UT Southwestern and Texas Health Resources published in January found that exercise can reverse damage to sedentary, aging hearts and may help prevent risk of future heart failure — so long as it's enough exercise and it's started in time. To reap the greatest reward, regular workouts should begin by late middle age (before age 65) and the exercise needs to be performed four to five times a week.

Think you're too busy to get to the gym? There are ways to get fit on the sly. Here are 10 clever tips for sneaking exercise into your daily routine.