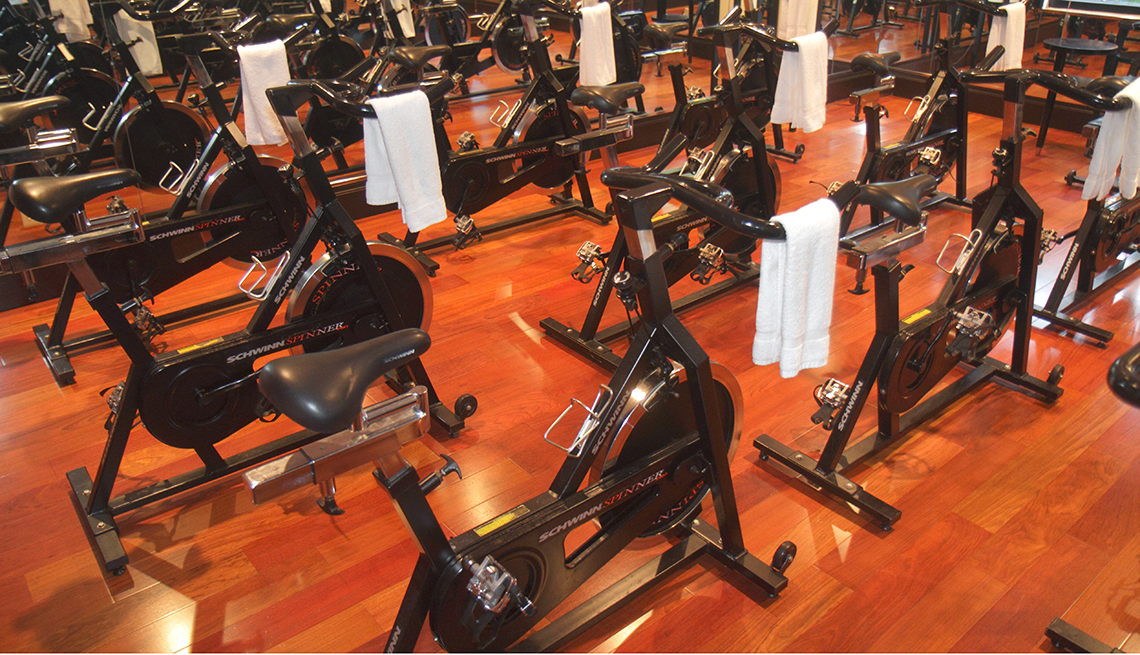 In a study, researchers tested the aerobic capability of 28 healthy people in their 60s and 70s by having them ride a stationary bicycle and then tested their word recall ability.

They are jokingly referred to as “senior moments” — those times when a word is on the tip of the tongue but the brain can’t seem to access it. If you find the frequency of these moments decidedly unfunny, you may be interested to know that aerobically fit people suffer fewer of them.

Katrien Segaert, a psychologist and language researcher at Britain's University of Birmingham, analyzes how the brain helps us process language and how it can change as we age. “I noticed in my studies that there was a lot of variability between older adults in language performance and wanted to investigate if fitness could be one factor explaining individual differences,” she says.

Segaert is the lead researcher and author on a study published in Scientific Reports that looked at the relationship between aerobic activity and word recall in healthy older adults.

These mental hiccups are not memory issues. “Forgetting someone's name permanently is a memory failure. The name or a word not being available temporarily is a tip-of-the-tongue moment,” Segaert explains in an email to AARP. “We have tip-of-the-tongue experiences most often for names of people and places, and for words that we know but don't use often (e.g. literate, decanter, ...). But we can have them for very simple words that we use daily as well (although this happens less commonly).”

When you can’t instantly recall a word like “literate,” you still have the meaning in your memory “but you cannot make the connection with the complete sound of the word at the time you need it,” she says.

For the study, researchers tested the aerobic capability of 28 healthy men and women in their 60s and 70s by having them ride a stationary bicycle to their highest capacity. All 28 plus a group of volunteers in their 20s were tested to see if they could recall words when the definition was shown on a computer. The younger group had few issues. In the older test group, those with higher fitness levels as measured by the bike test had fewer “tongue-tied” moments.

“This study is the very first study to find a relationship between language and fitness, so it is an important step forward,” says Segaert. “Language is such a crucial skill; such a central part of cognition.”