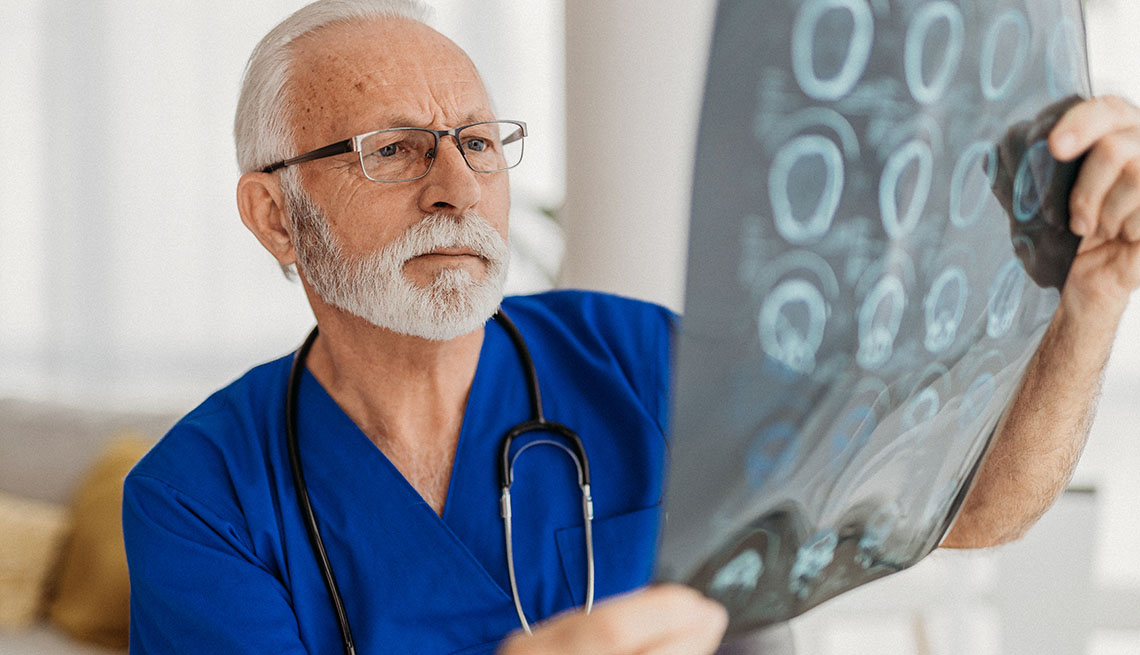 It may be time to promote fat from sworn enemy to aging ally.

Fat can be a potent fuel for the brain, researchers are discovering, stepping up as aging neurons lose their ability to burn glucose for energy. The newest science suggests that a ketogenic diet — heavy on fat and very light on carbohydrates — could improve thinking in people with Alzheimer's disease, and that it may even help reduce the risk of the deadly brain disorder in the first place.

At first glance, a ketogenic diet seems the polar opposite of eating plans that experts have linked to brain and heart health. For example, the Mediterranean-DASH Intervention for Neurodegenerative Delay (MIND) diet — which has been shown to lower high blood pressure, a risk factor for Alzheimer's disease — is 33 percent fat, 38 percent carbohydrates and 26 percent protein.

A typical ketogenic diet, though, is 70 to 80 percent fat, 10 to 20 percent protein and 5 to 10 percent carbohydrate. For a 2,000-calorie daily intake, this translates to about 165 grams of fat, 40 grams of carbohydrate and 75 grams of protein. It eliminates most fruits and virtually all starchy vegetables (potatoes, corn, peas, etc.), plus beans and grains. Avocados, eggs, nuts, cruciferous vegetables, and most meats and cheeses, however, are OK.

A ketogenic diet typically produces weight loss as the body metabolizes stored fat. But it also offers other benefits. For example, the diet is very effective in treating some kinds of drug-resistant epilepsy. It's also being investigated in diabetes, cancer and a number of neurodegenerative diseases, including Alzheimer's.

So what does a ketogenic diet have to do with the brain? It provides another form of fuel.

The brain's normal diet is simple: glucose. This form of sugar comes from the carbohydrates we eat, and the cells’ “power plants,” called mitochondria, convert it into the energy that drives every life process. But when dietary carbohydrates are limited, or even absent, the brain can switch to its secondary fuel source, ketones. As glucose is a by-product of carbohydrate digestion, ketones are a by-product of fat digestion.

"The body can store fat for later use, or it can burn fat for energy,” explains Russell Swerdlow, M.D., a professor of medicine and director of the University of Kansas Alzheimer's Disease Center. “Some tissues can directly burn fat, but others, including neurons in the brain, can't. So the liver breaks stored fat down into ketone bodies. They enter the bloodstream and are transported to the brain, which uses them for energy."

My goal, ultimately, is not to have everyone with memory problems on a ketogenic diet but to learn about how energy metabolism impacts cognition. When we get those answers, we can figure out more implementable ways to accomplish the same goals.”

— Russell Swerdlow, M.D., professor of medicine and director of the University of Kansas Alzheimer's Disease Center

To turn on this process, the body needs to enter a metabolic state called ketosis. This typically switches on when daily carbohydrate intake is less than 50 grams. (The typical American diet contains upwards of 200 grams of carbohydrates per day.) There are a few ways to induce ketosis: fasting, eating a ketogenic diet, and taking a medium-chain triglyceride (MCT) oil supplement, which, in essence, is a liquid form of easily digestible fats (more on this later).

How a ketogenic diet may impact brain function

Alzheimer's disease is characterized by neuron-killing clumps of one protein, called beta amyloid, and tangles of another, called tau. But long before these proteins appear, brain regions important for memory and learning start to slow down. The neurons in these areas become hypometabolic, losing their ability to take in and metabolize glucose. As they slow, they communicate less efficiently with each other and lose their ability to clear the toxic proteins.

There are several reasons for brain hypometabolism.

A ketogenic diet, however, is one way of doing “an end run around faulty sugar metabolism in the brain,” Swerdlow says. “At this point, I'm not sure how effective it may work as an end run, but I still believe there's a good chance that by providing the additional fuel, we may end up producing additional energy in the brain."

Swerdlow is one of a handful of scientists investigating ketogenics and brain health. A small, three-month study he coauthored in 2018 found that there was a statistically significant improvement in memory and other cognitive functions when patients with mild Alzheimer's ate a ketogenic diet along with taking an MCT oil supplement. Now he's enrolling participants in a new randomized trial to study the intervention in a larger population against a control group eating a heart-healthy diet.

It's important to note that Swerdlow doesn't advise anyone to start a ketogenic diet without talking to a doctor. It can be tough to adjust to and can cause digestive issues. Plus, it has to be carefully planned to ensure a good balance of nutrients, and the long-term effects of a keto diet are still being studied.

But the science of ketogenic eating is compelling and deserves more research, Swerdlow says.

"My goal, ultimately, is not to have everyone with memory problems on a ketogenic diet, but to learn about how energy metabolism impacts cognition,” he adds. “When we get those answers, we can figure out more implementable ways to accomplish the same goals."

When diet won't do

Adhering to a ketogenic diet isn't easy. It requires strict discipline in planning, shopping and meal preparation. Social interactions, which often involve eating and drinking, can throw it off in a single evening. But eating 100 percent ketogenic isn't the only way to induce ketosis. Stephen Cunnane, a researcher and professor at the Université de Sherbrooke in Quebec, is studying another way: an MCT oil supplement, given earlier in the disease process.

"The problem of getting glucose into the brain starts early, before you get cognitive decline,” Cunnane says. “I've got a lot of confidence that this can also be solved early, using ketones to get around the problem of glucose metabolism before the brain cells start to die."

Cunnane and his colleagues have been studying the impact of MCTs on brain health in people with mild cognitive impairment (MCI), which is a precursor to Alzheimer's. In a 39-person study, he and a team of researchers found that ketone metabolism doubled in participants on a twice-daily MCT milk-based ketogenic drink (which contained fatty acids derived from palm oil), compared to participants taking a placebo. The MCT group also showed some modest improvements in cognitive skills, including thinking and memory. Both groups kept a regular diet.

In March, the team published more cognitive data, this time from 83 people with MCI. After six months, those taking the MCT supplement improved in three areas: executive function, memory and language. Higher ketone levels in the blood were associated with better test scores. Again, the participants ate their regular diet, showing that an MCT supplement can induce enough ketones to make a difference, without having to maintain a strict dietary regimen.

The improvements Cunnane saw were small, and perhaps not even noticeable in daily life, but the memory problems in MCI are relatively small, too. The more important story here is the potential of MCT oil to delay further cognitive decline, he says.

"This was only a six-month study,” says Cunnane, who disclosed that Nestlé Health Science licensed his MCT supplement for marketing. It is not yet available in the U.S.