Catching the disease early is key. Here’s what to look for — and how to lower your risks 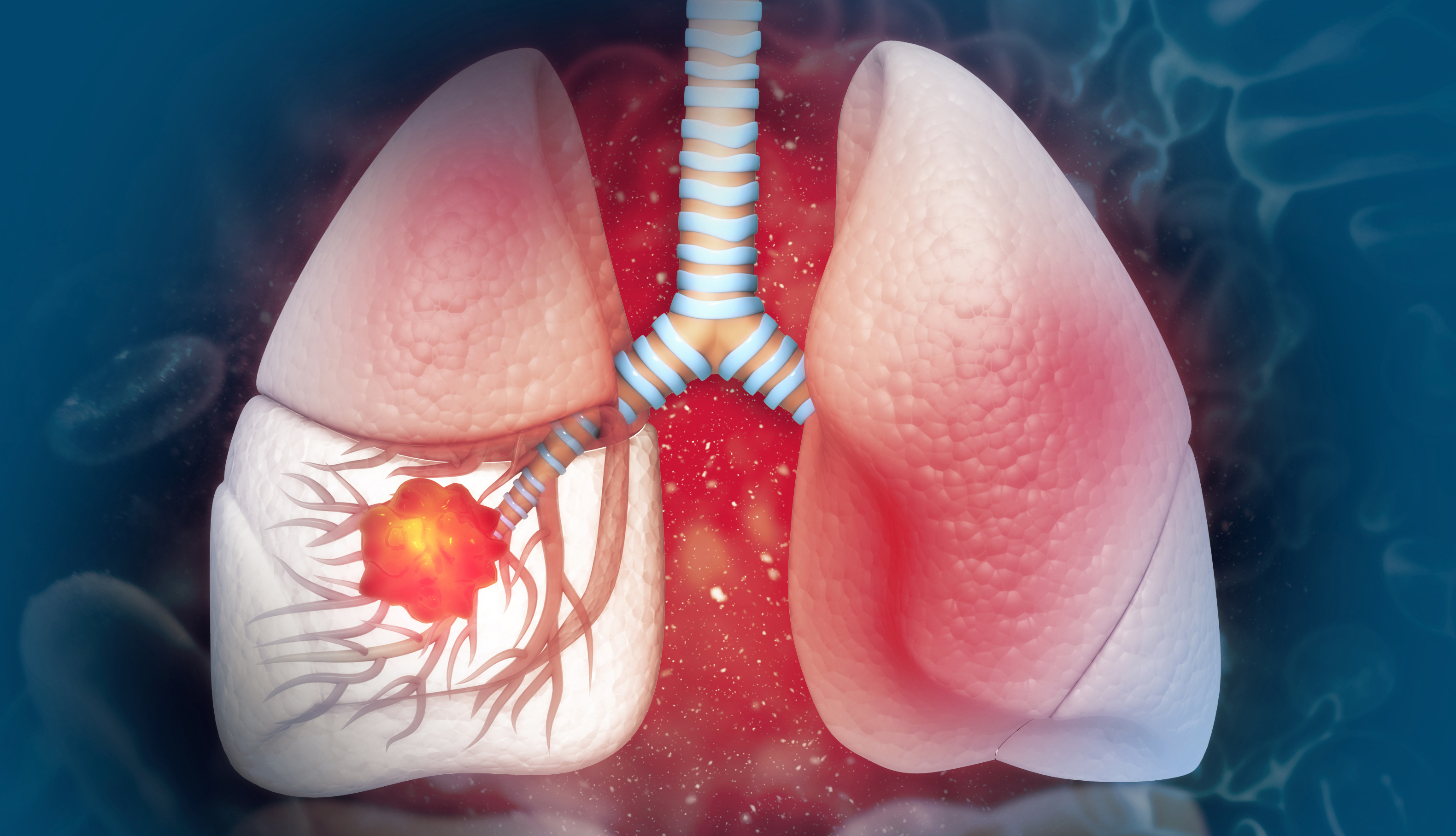 When the diagnosis came in, Jennifer Randolph was mad.

The then 58-year-old self-described “Peloton junkie” was physically active and did not smoke, nor did she have a history with the habit, aside from experimenting with a cigarette or two in her teenage years. “I have done everything right,” she recalls thinking.

Lung cancer, the deadliest of all cancers, was never on her radar. But that’s exactly what she had. “I was like, Oh no. This is not happening.”

In the United States, 10 to 20 percent of lung cancers — about 20,000 to 40,000 a year — occur in people who never smoked or smoked fewer than 100 cigarettes in their lifetime, according to the Centers for Disease Control and Prevention (CDC). And research suggests the share may be increasing, especially among women.

Discovering the disease in nonsmokers can be tricky, since current guidelines only recommend lung cancer screenings for adults ages 50 to 80 who are current smokers or have a heavy smoking history. That’s why it’s important to pay attention to any warning signs, says Juliana Eng, M.D., an oncologist at Memorial Sloan Kettering Cancer Center in New York.

Here’s what you need to know about the symptoms of lung cancer.

The signs of lung cancer can be easy to overlook

One of “the biggest problems” with lung cancer is that the disease is often asymptomatic in its early stages when it’s easiest to treat, says John Lazar, M.D., a thoracic surgeon at MedStar Washington Hospital Center in Washington, D.C. Usually by the time symptoms arise, the cancer is more advanced and may have even spread to other areas of the body. However, some people can experience symptoms earlier.

Among the most common are cough, chest pain and shortness of breath, Eng says. Fatigue, wheezing and unexplained weight loss are a few others.

The hard part: These symptoms can signal a wide range of health problems. Chest pain, for example, is commonly associated with cardiac issues. A cough could point to a respiratory bug.

“The average person who has a little cough, they’re not going to automatically think of lung cancer, and same thing in our patients who have a little bit of shortness of breath,” Eng says. At the same time, screening every person who is feeling crummy with these common symptoms “probably isn’t going to be fruitful either,” she adds.

Her advice: If you have a new cough that lingers — it’s been around for several weeks and isn’t getting better with other treatments, such as antibiotics — talk to your doctor about getting further testing. The same goes for shortness of breath. One caveat is if you’re coughing up blood. No need to wait on that one — see your doctor right away.

Another reason to talk to your doctor is if you have recurring respiratory infections like bronchitis or pneumonia. It’s possible a tumor could be blocking the airway, making you more susceptible to infections.

Following up on early abnormalities is key

Randolph discovered she had lung cancer while “chasing down” a nagging pain in her chest, which turned out to be gastroesophageal reflux disease, or GERD for short. She’d seen her primary care doctor, a cardiologist and finally a gastroenterologist, who suggested an endoscopy and CT scan to get a better sense of what was going on.

Who should be screened for lung cancer?

Yearly lung cancer screening is recommended for people who:

But the imaging turned up something suspicious, unrelated to her GERD symptoms, and Randolph was referred for a second opinion. Soon after, she was scheduled for surgery with MedStar Washington Hospital Center’s Lazar to remove a tumor in her lung. “I was incredibly lucky,” Randolph says.

Humberto Choi, M.D., a pulmonologist with Cleveland Clinic, says following up on any incidental abnormalities that pop up in an X-ray or CT scan done for other reasons is important when it comes to catching lung cancer. “Fortunately, the vast majority [of these abnormalities] are benign,” Choi says. But not always. And the sooner lung cancer is caught, the better your chances are of treating it.

Some hospitals even have programs that passively screen patients for potential signs of lung cancer, including Houston Methodist Baytown Hospital in Texas. If a patient comes in for an imaging scan after a car accident, for example, the image will be reviewed not only for the issue at hand but also for unrelated abnormalities, including nodules in the lungs that could signal cancer, explains Houssam Oueini, M.D., a pulmonologist at Houston Methodist Baytown Hospital. If one is detected and concerning, the patient is notified and follow-up is recommended.

“Multiple times we have caught these type of cancers in patients who wouldn’t have fallen into a [traditional] lung cancer screening program,” says Oueini, who emphasizes that lung cancer is “much more manageable” if it’s caught at an early stage versus a more advanced stage.

“One of the most daunting things to do is to tell the patient when you see them that they have stage 4 cancer or had a small spot two or three years ago that was missed that could have been treated with just a simple surgery or radiation, and now we’re talking about chemotherapy and immunotherapy,” he adds.

About 8 million Americans fit into this category, according to the American Lung Association. If half of these high-risk individuals were screened, more than 12,000 deaths from lung cancer could be prevented, research shows. ﻿

How can you lower your risk?

Smoking is the most important risk factor for lung cancer; it’s estimated that up to 90 percent of lung cancers could be prevented if cigarette smoking was eliminated, according to Johns Hopkins Medicine. But there are others, including family history, that can increase the likelihood of the disease.

Exposure to secondhand smoke is a big one, the CDC notes. So is exposure to radon, a naturally occurring colorless, tasteless and odorless gas. According to the Environmental Protection Agency, radon is the number 1 cause of lung cancer among nonsmokers.

To lower your risks of lung cancer, expert groups recommend getting your home tested for radon and, if levels are high, taking steps to lower them. Also, avoid secondhand smoke, diesel exhaust and other forms of air pollution, and stay away from asbestos and arsenic, the CDC says. If you smoke, talk to your doctor about quitting. There are resources that can help.

“My number 1 message is to both patients as well as to their loved ones: Whether they’re still smoking or they’ve quit, definitely speak to a health care provider to see if they qualify for lung cancer screening,” Lazar says. “It can truly save their life.”﻿ 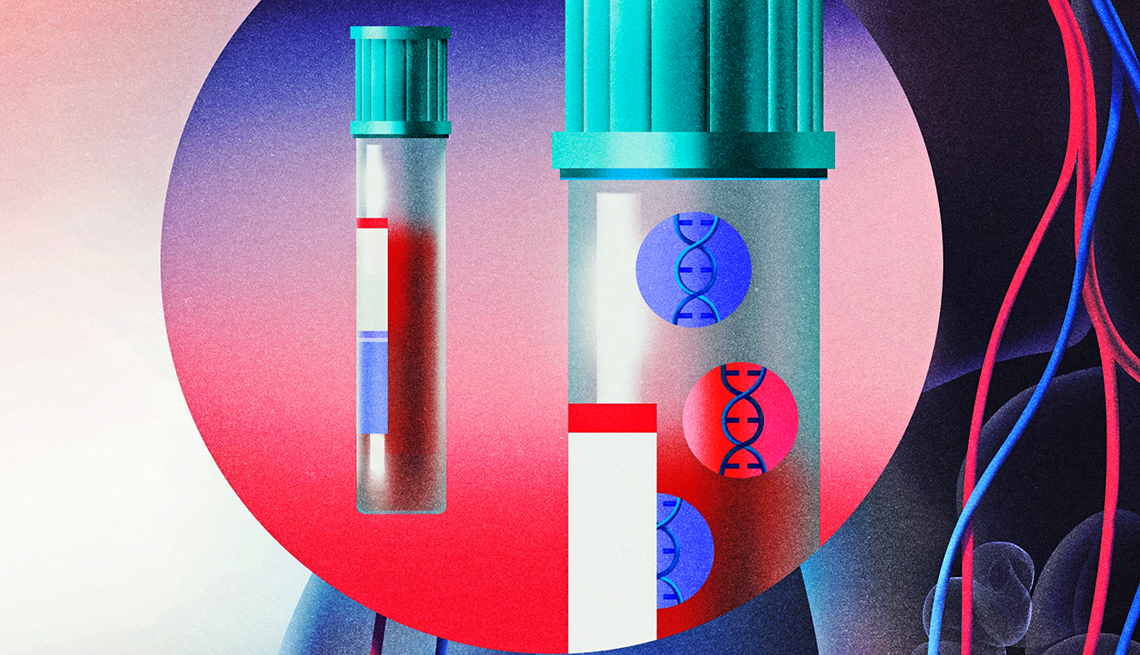 Can a Blood Test That Detects Early Cancers Save Lives? 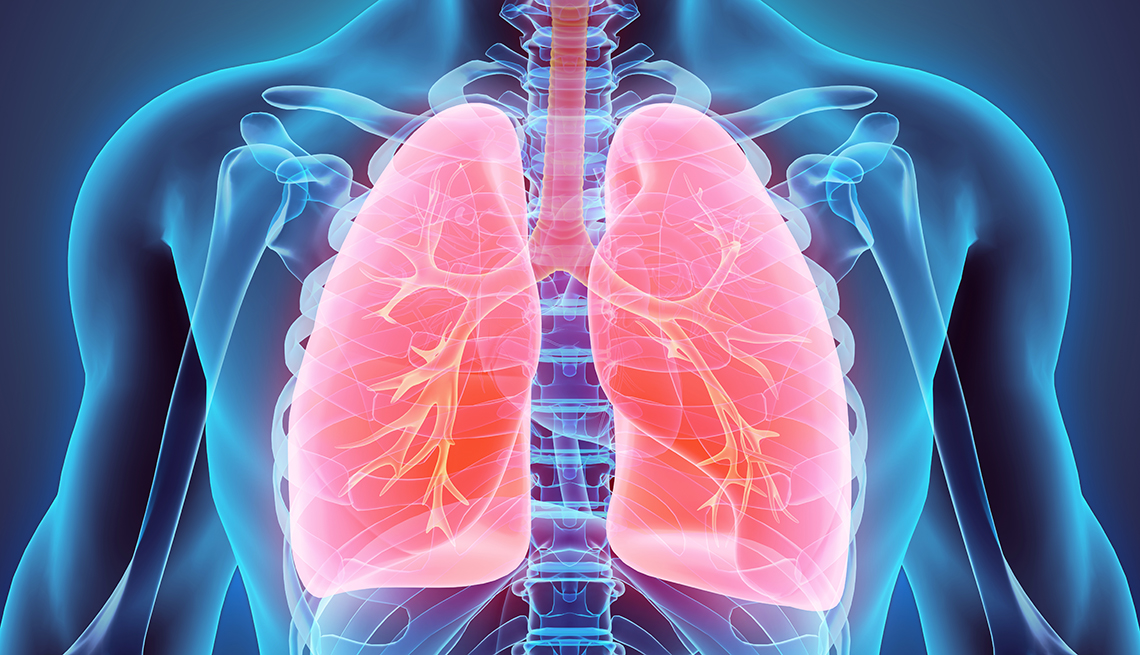 What COPD Patients Should Know About COVID-19