Cleaner Air Could Be Better for Your Brain 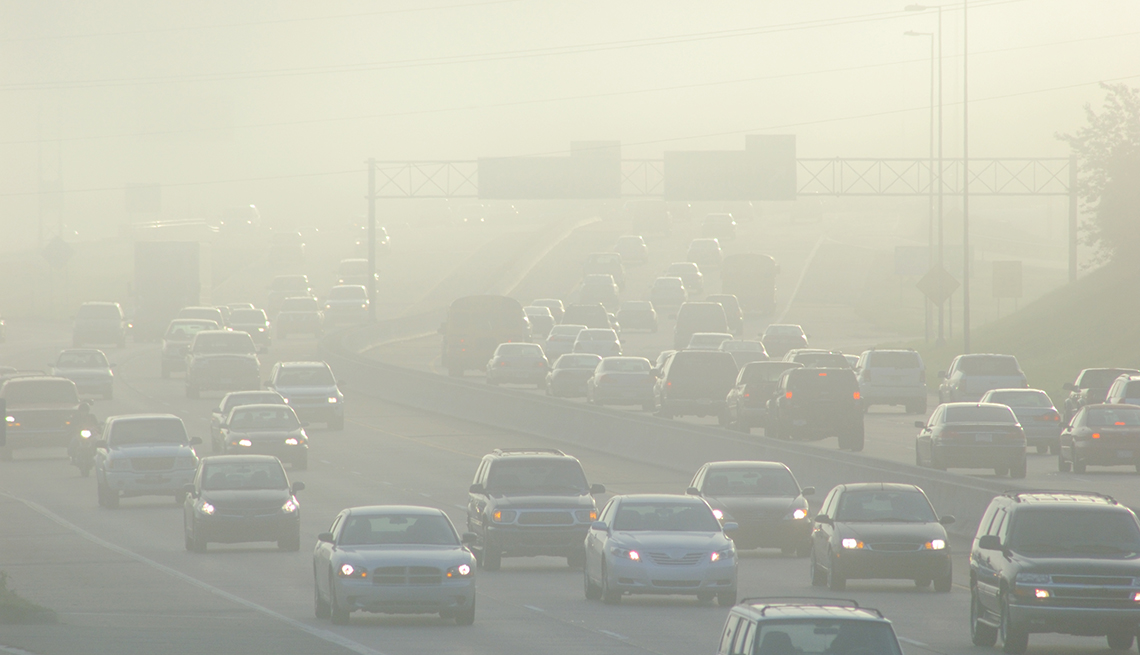 Poor air quality has long been associated with poor health. It increases the risk of respiratory infections, heart disease and lung cancer, according to the World Health Organization (WHO). Air pollution has also been linked in several studies to an increased risk for dementia, including the most common form, Alzheimer's disease. However, improving air quality could reverse those risks, according to a few new findings.

In one report presented on July 26, researchers looked at more than 2,200 women between the ages of 74 and 92 enrolled in a major U.S. study for a 10-year period, between 2008 and 2018. None of the women had dementia at the start of the study, and in the 10 years before it began, air quality throughout the U.S. had greatly improved.

But in areas where the air was even cleaner — where levels of fine particulate matter (which can include chemicals emitted from construction sites and power plants, for example) and traffic-related pollutants were below the Environmental Protection Agency's set standard — the investigators found dementia risk decreased by 14 and 26 percent over about a six-year follow-up. Improvements were seen in other areas, too, including memory and attention; cognitive decline also slowed for participants living in areas with better air quality.

"The larger the [air quality] improvement, the slower the decline we observed,” Xinhui Wang, one of the researchers on the study and an assistant professor of research neurology at the University of Southern California's Keck School of Medicine, told AARP. And the brain benefits were observed regardless of age, level of education, and factors like geographic regions where the participants lived and whether they had cardiovascular disease.

"The benefit is kind of universal,” Wang added.

In another study presented at AAIC, researchers examined associations between three common types of air pollutants and amyloid plaques, which are a hallmark of Alzheimer's disease. Analyzing data from a U.S.-based observational study of more than 3,000 people, and using addresses to track pollution trends up to 20 years before the study, the researchers found that older adults who were exposed to higher levels of the three air pollutants for a longer period of time had higher levels of beta amyloid in their blood. This protein is a major component of the sticky plaques that accumulate in the brains of people who have Alzheimer's disease.

"The takeaway from our research would be that reducing our exposure to air pollution may protect our brains,” says Christina Park, a doctoral student in the department of epidemiology at the University of Washington who worked on the study. “And I think unlike other risk factors for dementia, like genetics, air pollution is something we can potentially change.”

In fact, experts have discovered a number of so-called modifiable factors that impact dementia risk. These are behaviors or circumstances that, in theory, humans can change. Everything from blood pressure control, to socialization, to diet and exercise play a pivotal role in brain health, studies show. In addition to air pollution, other environmental factors, like noise and lack of green space, have also been linked to cognitive decline.

"We now know that people can take charge of their brain health to reduce their risks for cognitive decline or dementia as they age. But these studies are more evidence that our communities along with the public and private sectors have enormous roles to play in helping individuals choose healthier behaviors and in reducing the threats to their brain health to begin with,” says Sarah Lenz Lock, AARP senior vice president for policy and brain health. Lock is also the executive director of the Global Council on Brain Health (GCBH), which analyzes the latest dementia research and translates it so that older adults have the information they need to maintain and improve their brain health. For example, the GCBH discussed how light and noise levels in disadvantaged neighborhoods negatively impact sleep patterns.

"This is exciting progress showing us that we can change the social determinants of health that face all of us and lower the numbers of people who will have to face dementia in the future,” she adds.

Experts are still uncertain of the potential mechanisms at play when it comes to air pollution and the progression of dementia, says Claire Sexton, director of scientific programs and outreach at the Alzheimer's Association. Some pin it on other health hazards that can result from poor air quality, including cardiovascular disease, which is a risk factor for dementia. Another idea: The smallest particles of pollution can ignite an inflammatory response in the body, and inflammation has been associated with the development of dementia.

Sexton notes that more research on the link between air pollution and brain health is needed. “But the evidence is growing,” she says. “If these [studies] can be replicated in other samples, then they're really just showing the potential that policies that improve air quality can have.”

And with an estimated 90 percent of people around the world breathing in air that doesn't meet WHO standards, “this could just be the tip of the iceberg for how targeting air pollution could impact risk of dementia,” Sexton says.

Currently, some 50 million people worldwide are living with dementia.

Research shows how men's, women's brains may experience it differently