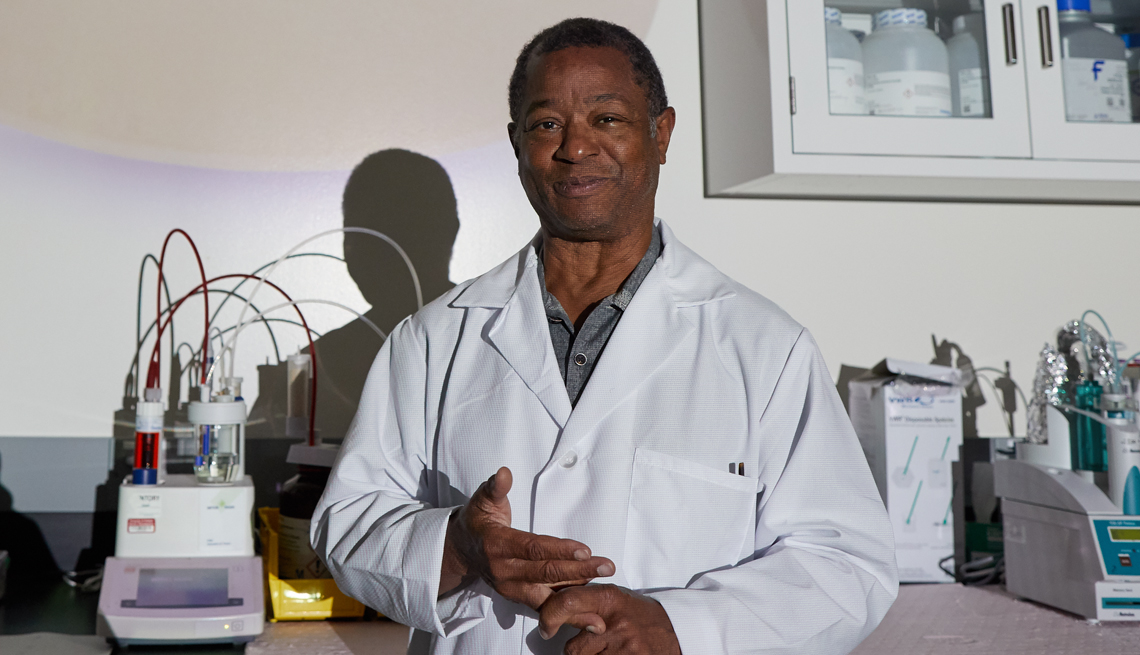 Pittsburgh native Michelle Parr never gave in to the mysterious pain and deep fatigue that started in childhood. “I would just push through,” says Parr, 56. At age 25, during her first pregnancy, she discovered she had sickle beta-cell thalassemia﻿ —﻿ a form of sickle cell disease (SCD).

This deadly genetic condition causes red blood cells to mutate into a sickle shape. The misshapen cells can block blood vessels or burst apart, raising the risk for serious infections and organ damage. SCD slashes life expectancy to 54 years﻿ —﻿ 25 years less than the national average in a 2019 study. SCD predominantly affects African Americans and Hispanics. Until three years ago, the only treatments were a repurposed, side-effect-ridden cancer drug called hydroxyurea and a little-used bone-marrow transplant procedure.

In 2014, Ted W. Love, M.D., read an early study of an experimental drug for SCD called GBT440. “I was sitting on a plane to Seattle and I thought, I have to work on this,” says Love, 62, who became president and CEO of the biotech company Global Blood Therapeutics. “When I was a medical student and resident in the 1980s, I saw people with sickle cell disease treated as drug seekers,” he says. “I knew discrimination when I saw it. I knew racism when I saw it. That was a big inspiration to me.”

The drug Oxbryta (voxelotor) prevents hemoglobin inside the red blood cells from sticking together and the cells from forming into sickles. The FDA approved Oxbryta and another sickle cell drug, Adakveo, in 2019﻿ —﻿ a major turning point.

In a 2021 study of 274 people ages 12 to 65 who had SCD, 72 to 89 percent of those taking Oxbryta had a significant increase in hemoglobin and had three to four times fewer episodes of severe anemia. Seventy-four percent were rated as moderately or very much improved, compared to 47 percent in the placebo group.

Parr is one of a growing number of adults living into their 50s, 60s, 70s and beyond with SCD. It hasn’t been easy. “Goodness gracious, it was rough,” says Parr, who by her 40s was landing in the hospital four times a year for blood transfusions and supplemental oxygen, and staying up to a week each time. When her hematologist told her about a 2017 clinical trial for the experimental drug, she signed up.

“I started feeling better in just a few days,” she says. Having more energy and less pain allowed her to train as a community health advocate and work for several years for an SCD awareness group in Pittsburgh. “I see hope for a future,” she says.