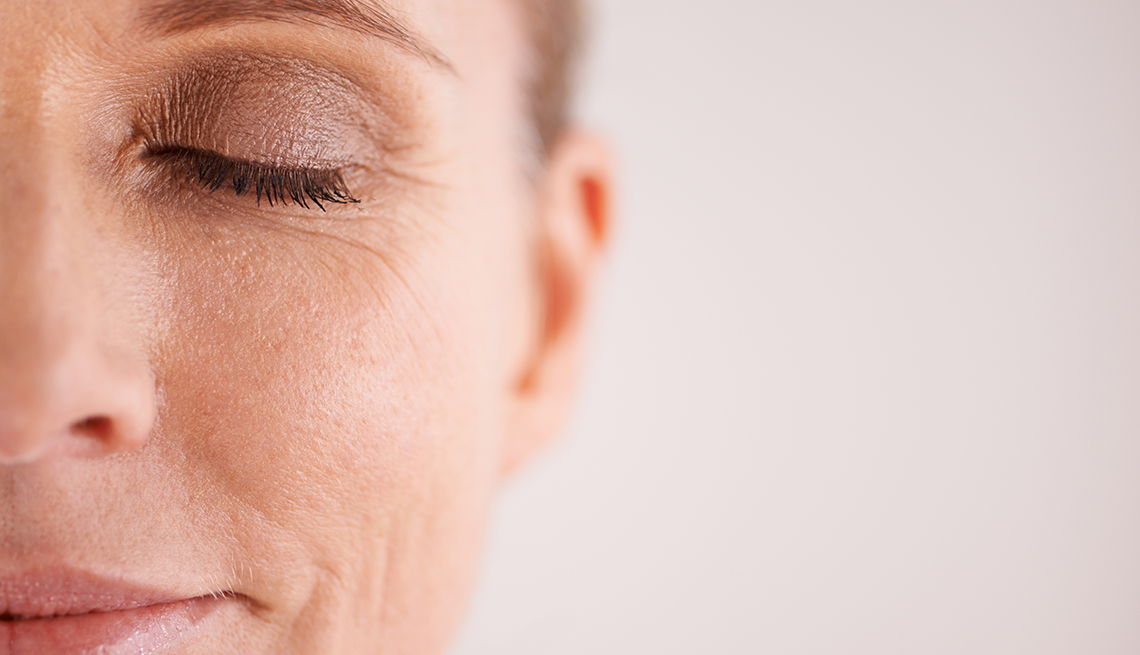 En español | Those baby blues (and browns, grays and greens) have never been so front-and-center as they are in the coronavirus era, with the bottom half of our faces concealed by masks. But choosing the wrong kind of mascara or container of eyeshadow — or not caring for or using it correctly — can lead to some very unattractive and harmful issues.

Those issues include allergic reactions and infection, and the culprits include:

And you thought pollen was a pain. Some ingredients in eye makeup can trigger allergic contact dermatitis, says Susan Nedorost, a dermatologist and director of the Graduate Medical Education Program at University Hospitals Cleveland Medical Center. “An allergic reaction to something, like a preservative in your eye shadow, a component like shellac in your mascara or rubber in the applicator you're using to apply your eye shadow, can cause severe symptoms of redness, swelling and itching that can last several weeks,” Nedorost says.

Symptoms usually appear anywhere from several hours to several days after contact — though it may take repeated exposures over time for your body to rebel. “In fact, you can get a reaction from a product that you've used for years,” says Kara Wada, an allergist and immunologist at the Ohio State University Wexner Medical Center in Columbus. “At a certain point your body says, ‘I don't like this anymore.’ “

Equally frustrating: Cosmetics companies may change the formulation of a product without alerting customers. That can make it more difficult to figure out what's causing the reaction.

Certain ingredients seem more likely to cause problems. Among them: fragrance; preservatives (for one, quaternium-15, a formaldehyde-releasing agent often found in mascara); pigments and dyes; heavy metals (for example, nickel in eyeliner pencils and eyelash curlers or chromium in eye shadows); and propylene glycol (used to maintain moisture in mascara).

Don't be taken in by reassuring terminology. Just because a label says hypoallergenic doesn't mean a product will be kind. According to the U.S. Food and Drug Administration (FDA), cosmetics companies can use that term without meeting any federal standards or definitions. And just because something is dubbed natural, botanical or organic doesn't mean it's any better for our skin. “Natural essential oils are complex mixtures of different chemical compounds,” says Cincinnati-based cosmetics chemist Kelly Dobos, “so there may be some components in there that are potentially irritating.” 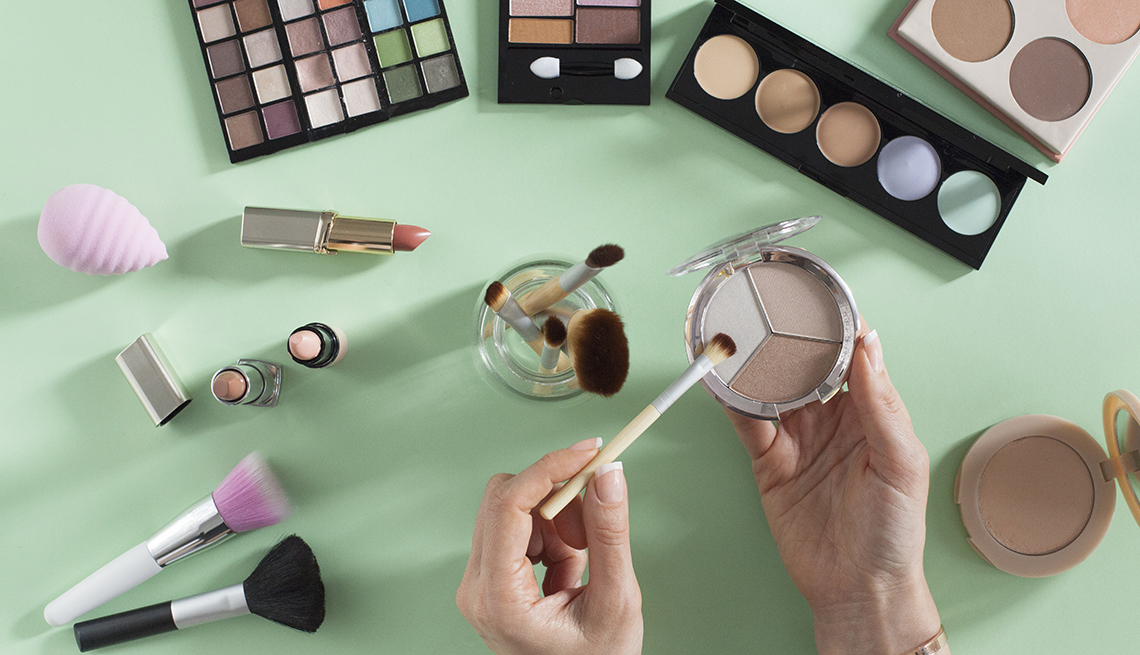 And, notes Michelle Andreoli, an ophthalmologist and clinical spokesperson for the American Academy of Ophthalmology, “I see just as much allergic dermatitis from cosmetics bought in health food stores as I do for things purchased at the makeup counter at a department store.”

Relatively mild reactions usually go away on their own. In the meantime, treat symptoms with an at-home skin care regimen. First, stop using the irritating product to allow the skin to heal. Ease irritation with cool, wet compresses, held against the skin for 15 to 30 minutes, repeating several times a day, as necessary. A “bland,” nonirritating moisturizer containing few potential allergens (like Aveeno) may also help. Consider an over-the-counter oral antihistamine, like Benadryl, if eyes are itchy or swollen. “If you've had a rash for more than a few weeks, or if the itch is so severe that it's interfering with sleep or concentration,” Nedorost says, see an allergy specialist or dermatologist for a patch test to help identify what might be causing a reaction. He or she may also prescribe medication to help skin to heal.

Sure, we want to get every last drop (and penny) out of our makeup. But if it's left hanging around for too long, preservatives can break down, allowing bacteria to grow — leading to irritation or, worse, a nasty infection. “Our tear film has antibacterial and antiviral properties, and some makeup can contain preservatives that can prevent bacteria from building up,” says ophthalmologist Melissa (Wen-Jeng) Yao, and assistant professor in the Department of Ophthalmology and Visual Sciences at Montefiore Medical Center in New York City. “But bacteria from eye makeup that's too old or improperly stored can overwhelm that natural immunity.” A 2019 study in the Journal of Applied Microbiology found that a whopping 79 to 90 percent of opened cosmetic products — including mascara and eyeliner — were contaminated with potentially dangerous bacteria, such as E. coli and staphylococci.

Many cosmetics have an expiration date or a small period-after-opening (PAO) symbol, which tells you how long a product is safe to use after it's been opened. But according to the FDA, “expiration dates are simply rules of thumb.” Also, a product can go bad before it reaches that date. If something seems off with the formula — say, a funky smell or a change in consistency or color — toss it immediately.

Some guidelines for how long to keep your eye makeup:

Mascara: three months. The purpose of our eyelashes is to keep dirt, pollen and bacteria from getting into our eyes. Every time you pull the wand out of the tube and stroke it along your lashes, you're picking up those particles, then introducing them to the inside of the tube. The moist interior of that slender tube offers an ideal environment for bacteria to grow. Resist the urge to pump the brush or add water to the mascara to remoisten it, says Dobos: “You're giving the bacteria the things it needs to grow — air and water.”

Powder eye shadow: a year, maybe a bit longer. Since powders don't provide a friendly environment for bacteria to flourish, they tend to have a longer shelf life than creams (which last about six months). “Anytime you're dipping a finger into a product, you may be adding bacteria to it,” says Dobos, who suggests using a clean brush or applicator to apply color. Or better yet, pick up some disposable eyeshadow applicators.

Pencil eyeliners: six to 12 months. Since they're composed of waxes, pencil liners are less likely to grow bacteria. Also, if you sharpen your liner before each use, you'll get rid of the top layer of the pencil, where germs are likely to linger, Dobos says. Keep liquid liners three or four months.

It's easy to become lax about the care of your cosmetics, but poor hygiene can lead to an eye infection or irritation. Here are more expert tips for safe makeup maintenance and use: