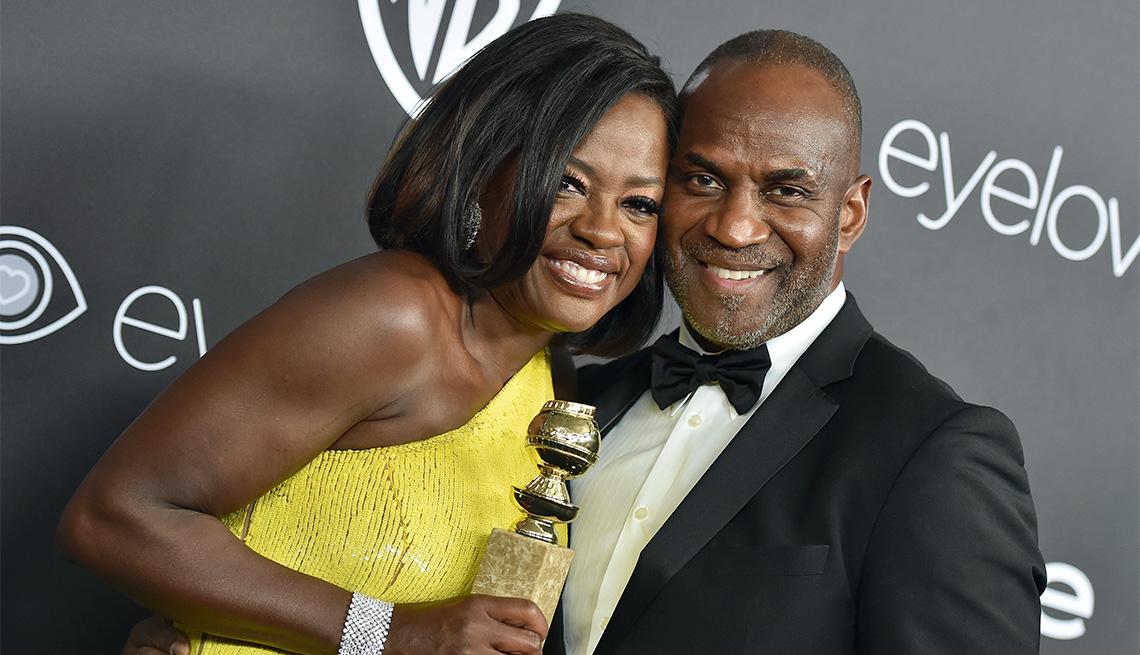 Viola Davis and her husband, Julius Tennon, will celebrate their 15th wedding anniversary in June.
Axelle/Bauer-Griffin/Getty Images
By

You may recognize Julius Tennon, 64, as the war-story-telling Mr. Payne in Dazed and Confused or Coach James in Friday Night Lights. But his real importance is behind the scenes, running JuVee Productions with his wife, Viola Davis, 52, the only black actor to win the Oscar, Emmy, and Tony (plus a Golden Globe and Screen Actors Guild and AARP's Movies for Grownups awards).

After she got her first Oscar nomination and was hailed by Meryl Streep as “a newcomer at 45,” Davis (whom Tennon calls “Vee”) and Tennon launched JuVee to transform images and opportunities for diverse actors in Hollywood. “Where much is given, much is required,” Tennon says. “We knew Viola couldn't consume everything that would come our way, and we said, 'Why not try to provide an opportunity for people of color — not just African Americans, but all people of color?'”

But their top priority, of course, is the couple’s own career growth. Tennon has guest-starred on ABC’s How to Get Away With Murder, the Shonda Rhimes show on which Davis gets away with giving her character sexuality (a first for her), and he’s a co-star on The Simone Biles Story: Courage to Soar (premiering Feb. 3 at 8 p.m. on Lifetime), about the first gymnast in history to win three consecutive world championships (just as Davis is the first black actress to get three Oscar nominations). “It’s about somebody that has thick enough skin to go through the fire to do the work, to have the support and then to accomplish her journey,” Tennon says. 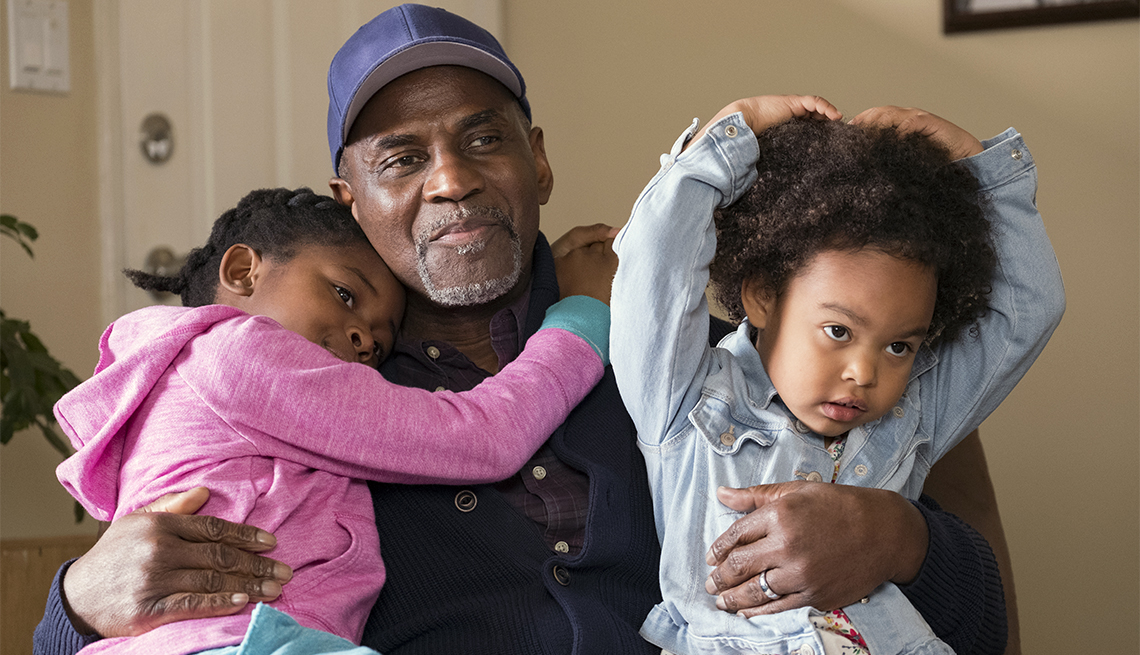 Julius Tennon plays the father of a world-champion gymnastics star in "The Simone Biles Story: Courage to Soar," a Lifetime movie.
Lifetime Movies

Compared with Biles, Tonya Harding grew up privileged. Biles’ mother, Shannon (played by Kelsey Scott), was an addict, so Biles was placed in foster homes. One foster parent had a trampoline but forbade Biles to jump on it. At 5, she was adopted into the infinitely more supportive family of her grandpa (Tennon) and grandma (Tisha Campbell-Martin, 49, soon to co-star in Martin Lawrence’s rebooted sitcom Martin), who already had 14- and 16-year-old kids. Noticing Biles' unearthly grace and sports obsession, they got her started in gymnastics at 6 (considered old for most future elite gymnasts). With great parenting and hard work, Biles (played by Jeanté Godlock as a teen) became as dominant in her sport as Michael Jordan or LeBron James in theirs. “Just when we thought we were at the physical limit of the sport, then here comes Simone Biles,” Mary Lou Retton said during the U.S. Olympic gymnastics team trials.

But it’s Biles’ psychological struggle that makes for good drama. Even after she was excelling as a gymnast, she faced abuse by USA Gymnastics team doctor Larry Nassar, who was recently sentenced to 40 to 175 years in prison for raping and sexually abusing women and girls. (Biles wishes it were “like 3,000 years.”) When she beat Italian athletes at one meet , a racist rival said, “We should also paint our skin black, so then we could win, too.” When Biles' confidence — and hence her performance — sagged at a crucial 2013 competition, a sports psychologist helped her climb back to the top.

“Absolutely, the Simone Biles story is bigger than sports,” Tennon says. “It's about connection. It's about love. How many times do you get to see African Americans in cinema with a whole family circle? This story made me say, ‘Wow, this is wholesome.’”

Biles has what gymnastics experts call “air sense,” an instinctive understanding of where she’s situated in space at all times on the various apparatus. Davis and Tennon, a college football star who was the first black graduate from the University of Tulsa’s theater program, have “air sense” for where they are in Hollywood — and it’s a good place. Davis’ global film grosses have soared over $2.5 billion, and their writer-director-producer colleague Rhimes, arguably TV’s hottest at the moment, just signed a Netflix deal offering big money and even more freedom. “It makes a huge difference in Hollywood when they call you back,” says Tennon, who credits the impact of grownup viewers on his bottom line. “The baby boomer generation has the spending power.”

JuVee has several promising projects coming up: the satirical American KoKo; the pioneer drama The Personal History of Rachel DuPree, which Davis calls “a John Ford movie … with black people!” that's set in 1917; Vivian, about the black record-label owner who signed the Beatles in America; and an adaptation of Terry McMillan’s I Almost Forgot About You, starring Davis and directed by Girls Trip director Malcolm D. Lee. 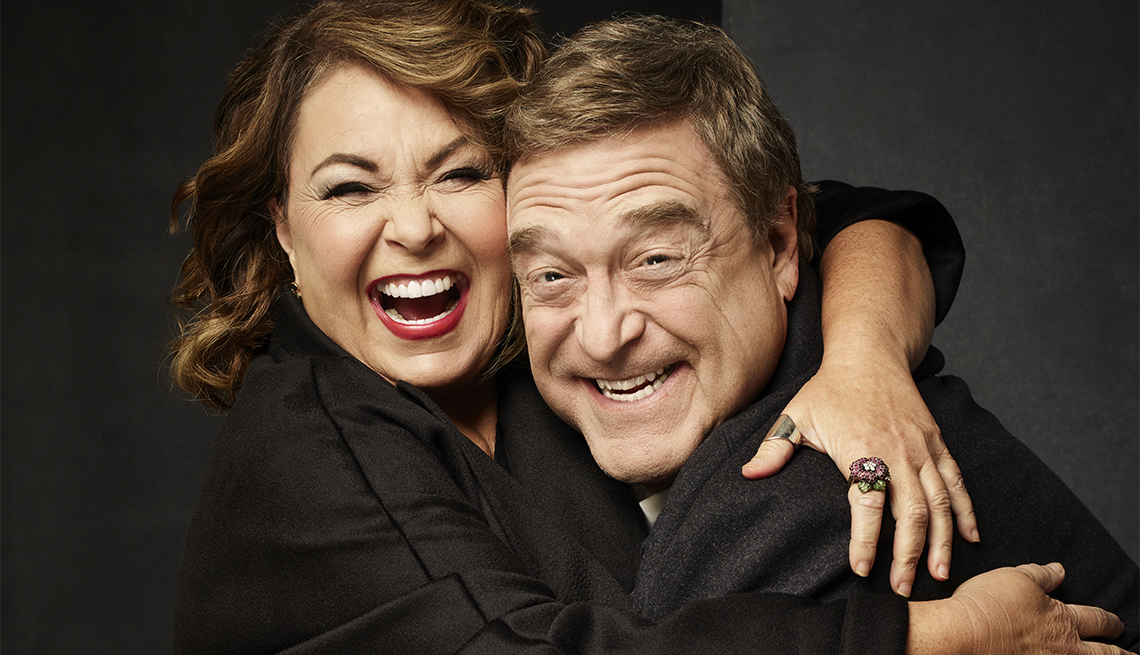 They're Back: Roseanne Barr and John Goodman