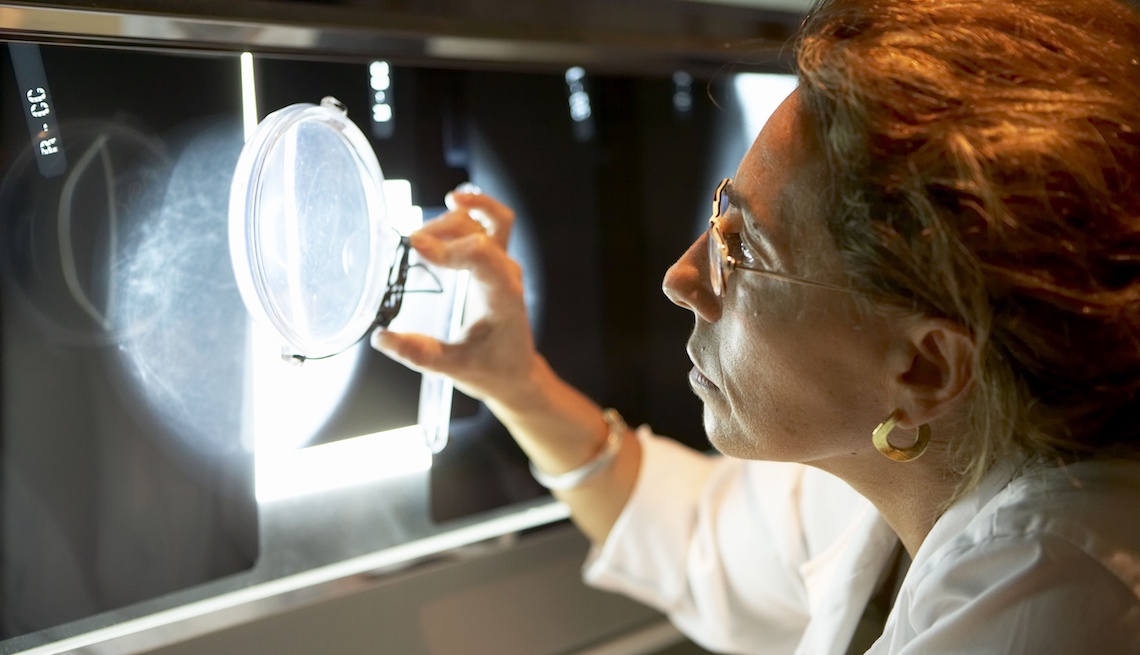 When women get mammogram results they would also get information about the density of their breast tissue under a new proposal from the Food and Drug Administration, the first change to federal mammography standards in 20 years.

Because dense breast tissue can mask the presence of cancer (both appear white on a mammogram), getting information about breast density would be “basically notifying patients that it is not a perfect test,” says radiologist Sarah M. Friedewald, chief of breast imaging at Northwestern Memorial Hospital in Chicago. The FDA wants the letters to also note that it’s harder to spot cancer in dense breasts.

About half of all women have dense breast tissue. Although dense breasts are more common in younger women, says Deborah Rhodes, an internist and breast cancer researcher at the Mayo Clinic, “some women retain it well into their 70s and 80s.”

The average risk of developing breast cancer for a woman in the U.S. is 12 percent; 268,600 cases will be diagnosed this year, according to the American Cancer Society. Its latest guidelines recommend that women at average risk begin annual mammograms at age 45, then switch to every other year at age 55. It's still considered the best test for breast cancer screening.

Thirty-seven states already have density reporting requirements on their books, but this proposal — a modification of the FDA’s Mammography Quality Standards Act of 1992 — would standardize it across the country. The proposal is up for public comment through June 26.

What's still unclear: what a woman should do with the information. The recommendations don’t offer any suggestions for next steps, beyond discussing options with their doctor. “There’s no consensus nationally about among breast experts or the general provider population what the correct response to this should be,” says Rhodes.

A woman could choose to have supplemental tests; among the options are 3-D mammography (more formally, digital breast tomosynthesis, or DBT), which has replaced standard 2-D mammography at many screening centers and has been shown to be slightly better at detecting cancer; ultrasound; and magnetic resonance imaging (MRI). But while those last two tests are even better at detecting cancer, each has a few downsides, says Friedewald, including that ultrasound produces a lot of alarming false positives. MRI is the best of these tests, but it is also much more expensive, Rhodes says, and tends to be used only in high-risk women as a supplemental screening. Additional tests, such as molecular breast imaging, are being studied.

“It’s a challenge because the legislation has preceded the data,” Friedewald notes, “so we don’t quite know exactly where we want to head in terms of how to image these patients, and there really aren’t any guidelines.”

The move to notify women about breast density was spearheaded more than 15 years ago by a Connecticut woman named Nancy Cappello, who was diagnosed with advanced breast cancer in 2004, six weeks after being told her mammogram was negative. Her doctor had never told her she had dense breast tissue, which would lower the chances that cancer would be discovered. She lobbied the Connecticut government, which eventually passed a law requiring that women be notified if they have dense breasts. It also requires insurance to cover ultrasound screening if a woman wants a supplemental test.

Rhodes says some opponents were concerned that breast-density information would make women anxious, “but I think women have to fight back against what, to me, is a rather paternalistic notion.”

Many women want the information, even if it is sobering — and even though next steps are confusing. Last year the advocacy organization founded by Cappello, Are You Dense, commissioned a survey of 1,500 women ages 40 to 74 who’d obtained a mammogram within two years, and almost 90 percent said they “completely or mostly agree” that they would rather know their breast density type than not.