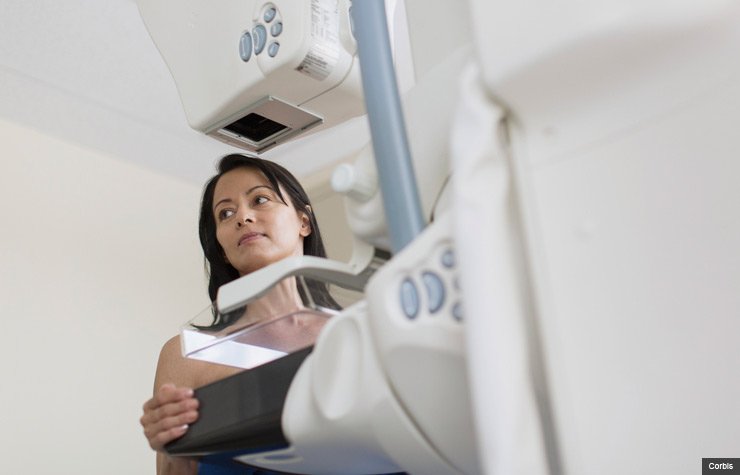 The study of nearly 7,300 women, ranging in age from 48 to 71, was conducted by researchers from Australia and Italy. Like two previous studies — one in 2012 by American researchers and one earlier this year in Norway — this one was partially supported by Hologic Inc., of Massachusetts, the first company approved by the U.S. Food and Drug Administration (FDA) to make the new combination mammogram machines.

In the study, the women received both a standard mammogram and a combination of standard plus 3-D imaging. Of the 59 breast cancers detected, 39 were found by both 2-D alone and 2-D plus 3-D, while an additional 20 cancers were found only by the combination mammography.

Study coauthor Nehmat Houssami, of the University of Sydney School of Public Health, tells AARP in an email that the new research "clearly shows that when the mammogram is interpreted based on 2D and 3D images this improves breast cancer detection compared to reporting with 2D mammograms." However, she cautions that there should be no rush to change current breast screening practices, adding that there's still an "urgent need" for more studies comparing the two methods.

With a standard mammogram, a woman gets two X-rays of each breast, from top to bottom and side-to-side, while the breast is compressed between two rigid plates. With 3-D imaging, the machine moves around the breast in an arc, taking multiple X-rays from different angles.

One reason some tumors may not be detected on a standard mammogram is because compressing the breast causes overlapping of tissue, which can hide a cancer. The 3-D version enables radiologists to scroll through images of breast tissue a layer at a time, improving their ability to see questionable areas more clearly.

Digital breast tomosynthesis, as 3-D mammography is officially called, was approved by the FDA in 2011 in the hope that the clearer images would not only improve tumor detection but also decrease the number of times women get called back for additional tests.

The new study shows that 3-D technology "is very promising," says Barbara Monsees, M.D., who chairs the American College of Radiology's breast-imaging commission, but important questions remain. For example, she says, "Is this for women of all ages, or are there some women who might benefit more? Should it be done every time a woman is screened or less often? The study leaves many questions unanswered."

There's also concern by researchers that the combo technology exposes women to more radiation than from 2-D alone. Currently, women can get a 3-D mammogram only in combination with the standard 2-D kind until there's more evidence that 3-D is as effective as traditional mammograms for detecting cancer.

Monsees believes the technology could eventually reduce the number of "false positives"— women who get called back for more screening because of questionable results with their standard mammogram — but it's too early to tell yet. Currently, about 10 percent of the 40 million women getting screening mammograms annually get a callback.

Diagnostic radiologist Carol Lee, M.D., of Memorial Sloan-Kettering Cancer Center in New York, agrees that 3-D mammography could reduce the number of callbacks, but "in effect you're doing two studies on every woman" and all of them are getting at least double the dose of radiation "in an effort to benefit a small number of women," she says. A new method that could combine the technologies but reduce radiation exposure by half is under development.

There's also the matter of cost. Those 3-D images — which can range from no extra charge at some facilities to more than $100 at others — are generally not covered by Medicare or private insurance. Aetna, for example, considers 3-D mammograms "experimental and investigational because of insufficient evidence of its effectiveness." And United HealthCare says that they are "unproven for the screening and diagnosis of breast cancer."

Yet many radiology centers promote the 3-D mammogram in gee-whiz terms, declaring it "a state-of-the-art technology," "a tremendous advance in our ability to detect breast cancer on mammography," "the latest breakthrough in mammography" or a "revolutionary screening tool."

That sort of aggressive promotion may be necessary because the machine costs around $700,000 plus annual service fees. The extra amount patients pay help doctors recoup that expense.

There's also the question of whether the new technology is more beneficial to younger women with dense breast tissue, where tumors may be harder to spot, than to older women. Generally after menopause a woman's breast tissue becomes less dense.

Radiologists can determine breast density when they examine a mammogram. "Women with dense breast tissue have a slightly but not dramatically increased risk of breast cancer," says diagnostic radiologist Constance Lehman, M.D., professor of radiology at the University of Washington in Seattle, who will be involved in a clinical trial of 3-D mammograms starting this year.

"If I were asked if I wanted 3-D, my first question would be, 'What's my breast density?' " she says. Your doctor or radiologist will be able to tell you if you have dense breast tissue.

You may want to ante up the extra money if you have dense breasts, a family history of breast cancer, or a gene mutation that ups your risk of developing breast cancer. But don't be hard on yourself if you choose to pass up 3-D. Until we know if 3-D mammography lives up to expectations, the most important thing is to stay on schedule with the trusty 2-D kind, still the gold standard for spotting breast cancer.