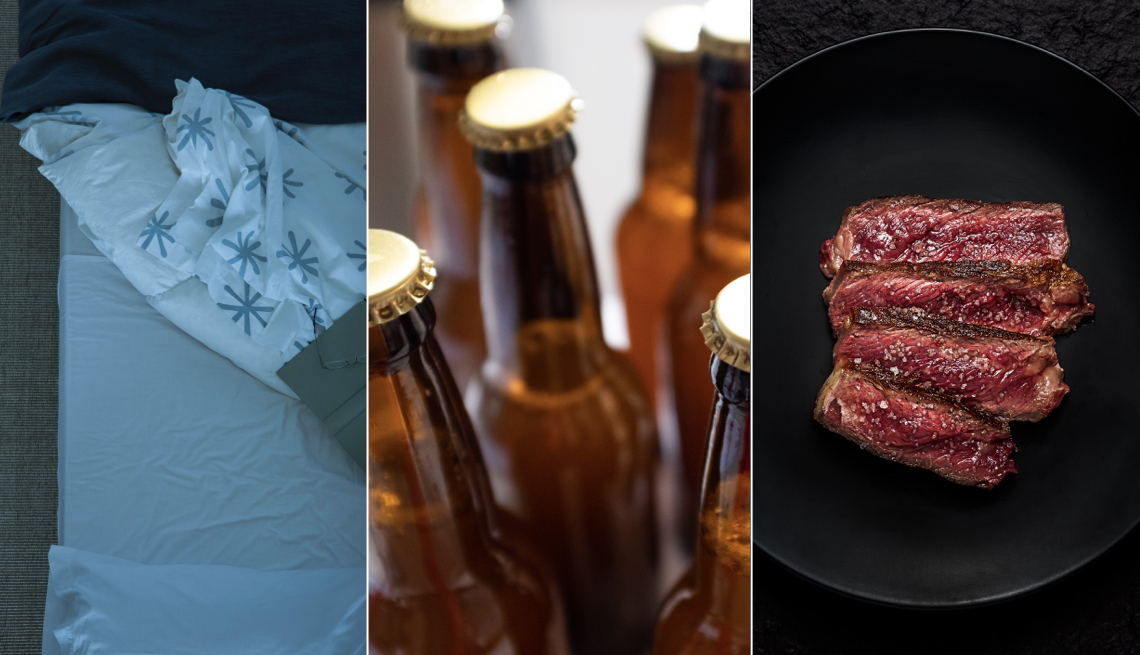 En español | You take your cholesterol meds, keep your blood pressure in check, don't smoke, and maybe you even exercise a few times a week. If that's the case, good news — you've neutralized some of the biggest risk factors for stroke and heart attack.

But the latest research indicates there may be even more you can do.

"What we are learning is that there is no single smoking gun when it comes to cardiovascular risk,” says Mitchell S.V. Elkind, M.D., a professor of neurology at the Columbia University College of Physicians and Surgeons, and chair of the American Stroke Association Advisory Committee. “There are a lot of different physiological and pathophysiological processes going on inside blood vessels, and many different contributing factors."

About 800,000 Americans have a stroke every year, according to the Centers for Disease Control and Prevention. It's the fifth-leading cause of death in the U.S. and a major cause of disability among older adults, causing difficulty walking, memory loss and speech difficulties. Most strokes are triggered by a blood clot in the brain; in other cases, a blood vessel bursts.

High blood pressure, high cholesterol, obesity, diabetes and smoking are the biggest risk factors, but they aren't the only ones. Here are some lesser-known factors that have been linked to a higher risk of stroke and heart attack, and what you can do about each:

The evidence is mounting that skimping on sleep significantly increases your risk of stroke, says Elkind, who is also 2019-20 president-elect of the American Heart Association. In one study, for example, University of Alabama researchers found that regularly getting less than six hours of shuteye a night quadrupled the risk of stroke symptoms among middle-aged people of normal weight. Researchers say a lack of sleep may boost inflammation, stress hormones, blood pressure and blood sugar levels. But endless snoozing isn't the answer either, because other studies indicate that too much sleep also increases your risk. “The sweet spot you should shoot for is seven to eight hours a night,” Elkind says.

Brushing and flossing every day doesn't just help your teeth; it may also keep your cardiovascular system healthy. A 2018 study in the journal Cerebrovascular Diseases Extra found that the worse your dental hygiene, the higher your chance of having a stroke. Doctors aren't sure why, but it's possible that the bacteria that infect your gums seep into your bloodstream, causing blood vessel inflammation and other problems. Scientists from Tampere University in Finland bolstered that theory when they analyzed samples of blood clots that had caused strokes in May 2019: They found DNA from oral bacteria in 79 percent of them. “The good news is that once people have the teeth removed and the inflammation settles down, the risk goes down again,” Elkind says.

Do you sometimes feel your heart jumping around in your chest? If so, you may have atrial fibrillation, or “AFib,” a common heart rhythm problem, says cardiologist Joshua Yamamoto, M.D., author of You Can Prevent a Stroke. Untreated AFib doubles your risk of heart-related death and increases your risk of stroke by a whopping 500 percent, yet the vast majority people who have AFib don't know it, Yamamoto says. (Note: It's most prevalent in people over age 65.) If you're concerned, ask your doctor if you can wear a monitor to record your heartbeat over time. The best ones are tiny implantable devices the size of a paperclip that can record your heart rhythm for as long as 1,000 days, Yamamoto says. “You can have AFib just once a month, so it's hard to catch,” he explains. “This new technology takes out all the guesswork. Once we know you have it, then there is a lot we can do to lower your risk."

4. A single night of binge drinking

Maybe you've heard about studies that show drinking red wine or beer can help protect against heart disease. That may be true, Yamamoto says, but too much alcohol has the opposite effect. One analysis in the journal Circulation found that if you drink six or more cocktails in an evening, you have a 30 percent higher risk of having a cardiovascular event within 24 hours. And middle-aged men who had just one hangover per year almost tripled their chance of stroke, according to another study. The American Heart Association recommends no more than two drinks a day for men and one drink a day for women.

A study of 36,429 women published in the European Heart Journal found that taking antibiotics for two months or longer correlated with a higher risk of experiencing a cardiovascular event, including stroke. Antibiotics destroy the “good” probiotic bacteria in the gut, increasing the prevalence of microbes that can cause disease. Scientists believe that change in your gut microbiome can cause inflammation, the narrowing of blood vessels and heart disease. When you're taking antibiotics, you can fortify your gut and help restore the good bacteria by eating fermented foods like yogurt, kombucha and apple cider vinegar, Elkind says.

If you've recently had the flu or an upper respiratory infection, be on the lookout for symptoms of stroke. A Columbia University study presented to the American Stroke Association in 2019 found that having a flu-like illness increases your odds of having a stroke by nearly 40 percent over the next 15 days, and that the increased risk remained for up to a year. Having an illness increases inflammation in your bloodstream, Elkind explains, and that may lead to clotting that makes a stroke more likely. Protect yourself with plenty of handwashing and by getting a flu shot every year.

Sitting for prolonged periods — whether at a desk or in front of a TV — is linked to a significant increase in your risk of heart disease and stroke. In one study, those who sat for 10 hours or more a day had an 18 percent higher chance of stroke than those who sat for five hours or less, regardless of how much they exercised. Another analysis found that six or more hours of sitting a day increases your risk of early death from all causes. “You can run three to five miles a day, but if you spend the rest of the day sitting, you may undo whatever advantage the physical activity gave you,” Elkind says.

8. A diet heavy on red meat

Think twice before you grab that extra slice of bacon. Study after study indicate that eating red and processed meat takes a toll on your ticker. In a 2019 study, for example, European researchers who followed more than 400,000 adults for an average of 13 years found that for every 100 grams of red or processed meat they consumed per day, their risk for heart disease increased by 19 percent. In another recent analysis, Cleveland Clinic researchers found that red-meat eaters have higher levels of a gut bacteria byproduct called trimethylamine N-oxide (TMAO) that has been linked to heart attack, stroke and death risk. The good news? You can significantly reduce your risk by replacing red meats with healthy plant protein choices like nuts and beans, according to Harvard research.

More on Blood Pressure and Stroke 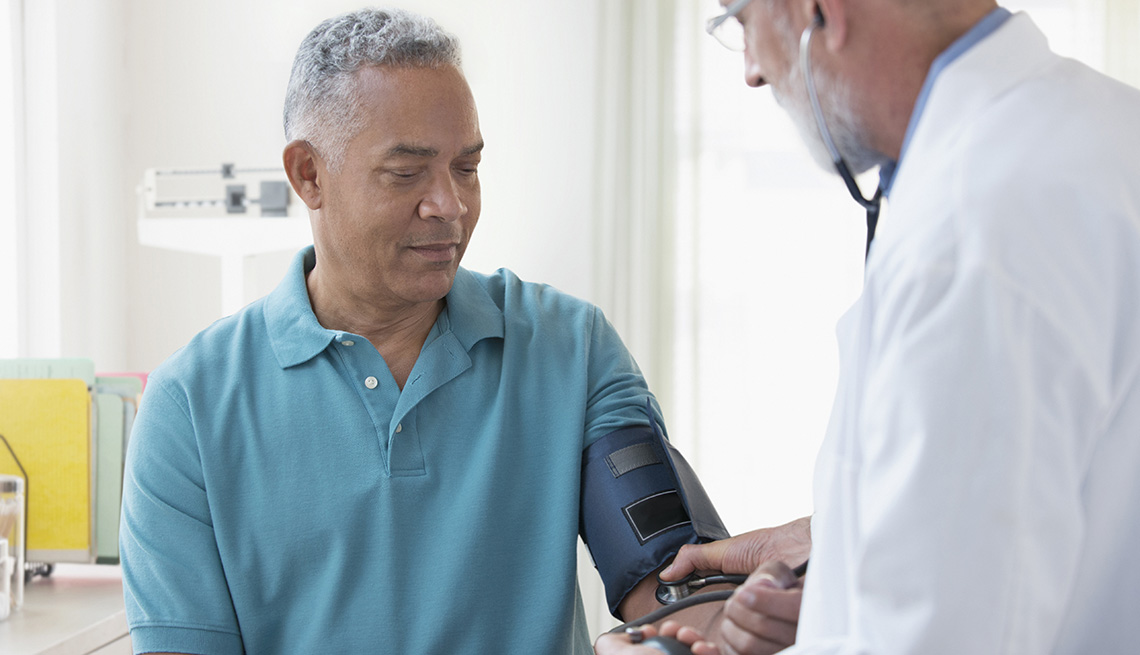 What you need to know about blood pressure 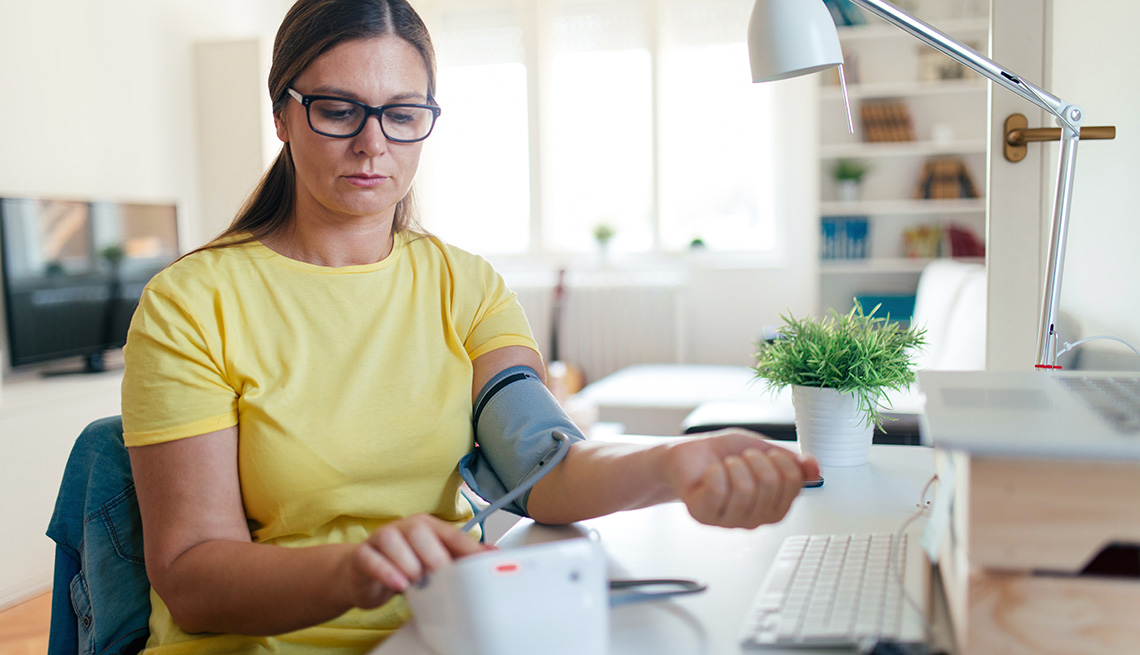 Monitoring your blood pressure at home 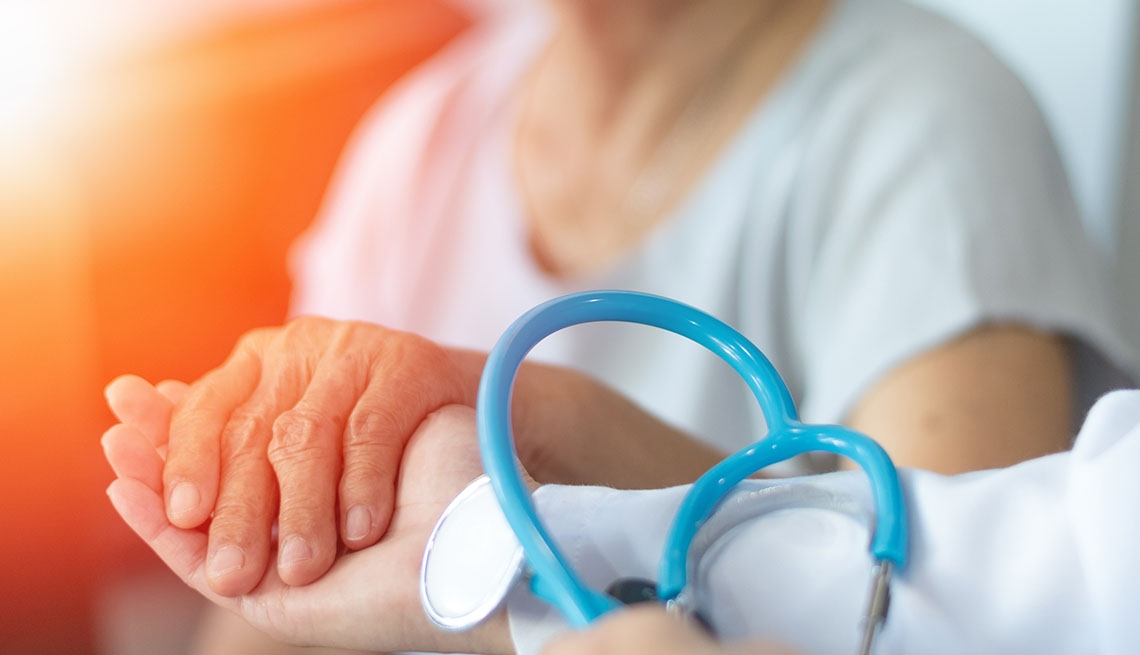