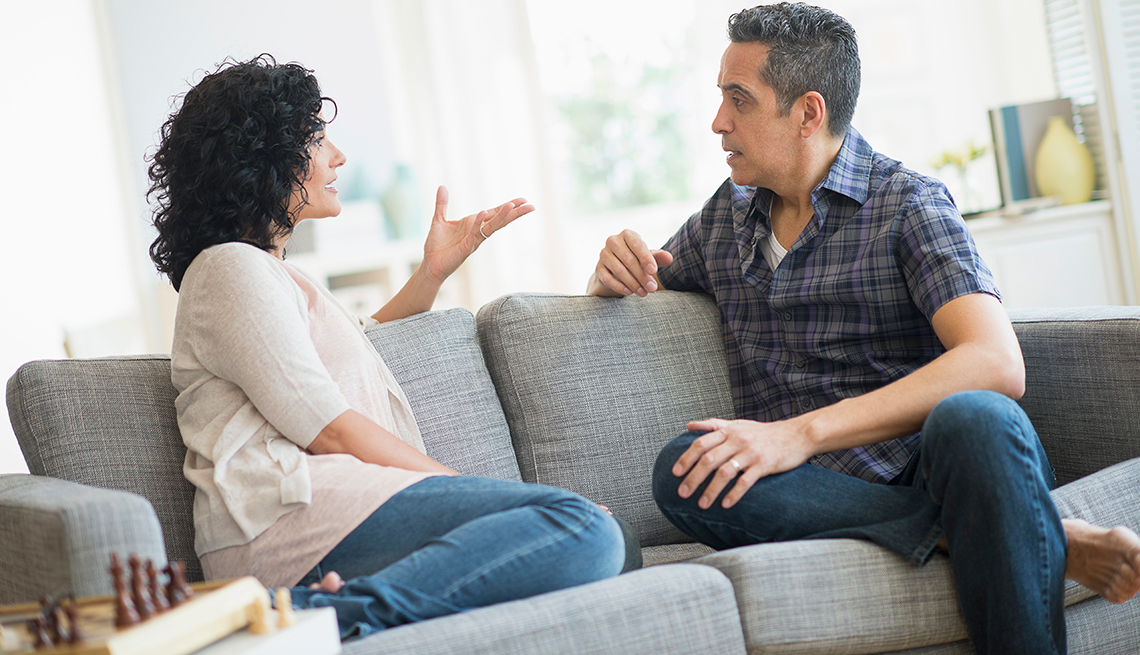 We have long known that men and women talk differently — and this includes the way they talk about their hearing loss.

In a 2015 Harvard study, researchers found that women were more than twice as likely as men to disclose a loss of hearing and to offer helpful suggestions about how to talk to them. A woman might say, "I don't hear well out of my right ear. Can you please walk on my left side?"

By contrast, men who did disclose a loss of hearing typically said they were hard of hearing, without suggesting coping strategies for the person trying to converse with them.

The study, conducted by Jessica West and Konstantina Stankovic — colleagues at Harvard University and Massachusetts Eye and Ear in Boston — suggests that men with hearing loss might fare better if they adopted women's straightforward approach.

Women, the researchers said, typically offer a simple explanation of their hearing loss and suggest ways that others in the conversation can help them hear better. "[They] focus on how to improve the communicative interaction rather than on the hearing loss itself," West and Stankovic told Reuters Health.

Of course, communication is influenced by far more than speech patterns. Women tend to show more emotion and are more comfortable with sustained eye contact than men, experts say. Women's greater use of facial expression, body language and gestures also helps those with the ability to lip-read, which is a substantial benefit to many with hearing loss.

Perhaps more telling for both genders: Only about one-third of those who could benefit from hearing aids had them, the U.S. study found.

That could hinder communication efforts for everyone — and it's just one more reason to get your hearing checked out and, if your doctor determines you could benefit from them, to get fitted for hearing aids.