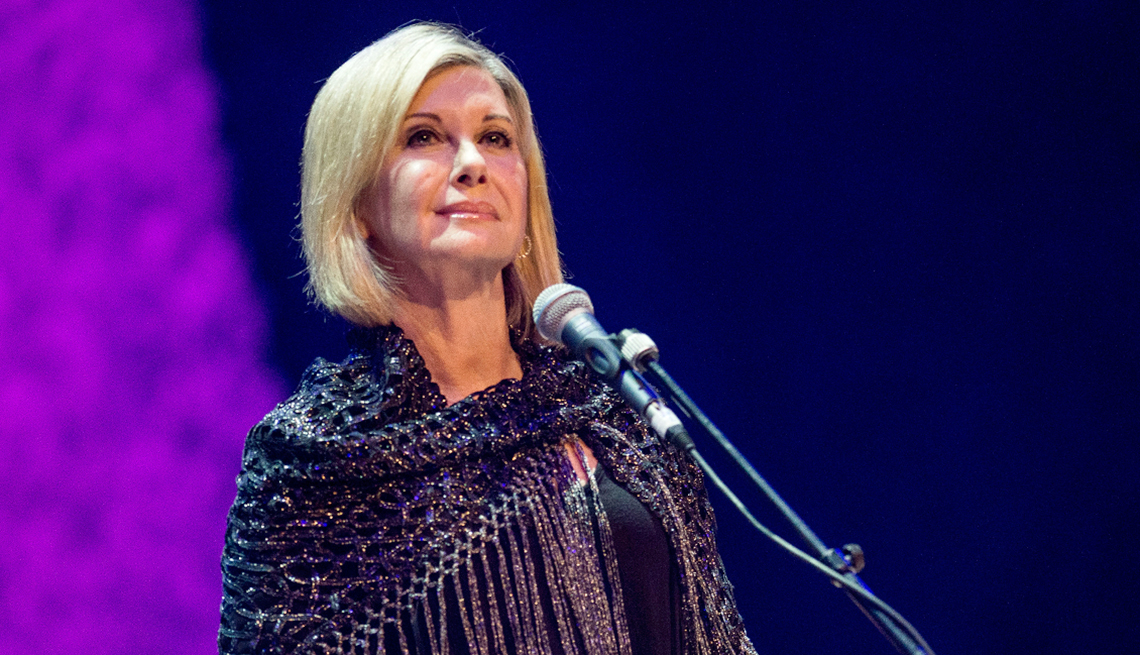 Olivia Newton-John was first diagnosed in 1992 at age 44.

Olivia Newton-John’s new battle with breast cancer — 25 years after her first diagnosis with the disease — will be her focus for the next few months, she announced Tuesday. And given her advocacy history, it likely will be for the rest of her life.

The Australia-raised singer, 68, whose pop music and big-screen presence in the 1970s and 1980s made her a household name in America, surprised fans Tuesday when she postponed the first half of a U.S. and Canadian tour set to begin in June. She said that her breast cancer has returned and metastasized to the sacrum, a bone in the lower back.

Breast cancer affects 1 in 8 women during their lifetime, and is the second leading cause of death in women after heart disease. There’s evidence that lifestyle changes such as controlling weight, staying physically active and eating right may lower the risk of cancer, as well as its return. And Newton-John — the woman famous for the No. 1 hit "Physical" — has been a model patient in that regard.

After receiving the first diagnosis in 1992 at age 44, she underwent chemotherapy and a modified radical mastectomy, and cranked up her wellness routine with the addition of acupuncture and meditation. She’s been a passionate advocate for healthy living and for early detection and treatment, having published the cookbook Livwise in 2011 in order to share her recipes for a healthy diet and happy life. She also founded the Olivia Newton-John Cancer and Wellness Centre in Melbourne, Australia, in 2008.

Newton-John consulted with her medical and natural therapy team at the center before deciding on a direction of therapy. She said she will continue using “natural wellness therapies,” but she also will complete a short course of photon radiation therapy.

Her spokesman said Newton-John is confident she will be back performing later in the year.

The good news is that death rates from breast cancer have been steadily decreasing with medical advances, and most people will survive their disease. Claudine Isaacs, codirector of the Breast Cancer Program at the Georgetown Lombardi Comprehensive Cancer Center in Washington, D.C., says, “Women who have breast cancer that has spread to other sites can live for many years with it, and can live very well.”

Newton-John, who has had her share of heartache, had been looking forward to the tour to support her 2016 Liv On album. But she also told interviewers earlier this year that she’ll be pleased at the tour’s end so that she will be able to spend time again with her husband, John Easterling, whom she married in 2008.

The singer is divorced from her first husband, Matt Lattanzi, with whom she had her only child, Chloe Lattanzi, 31. Another longtime love, Patrick McDermott, disappeared after their split during a fishing trip off the coast of California. He was never found, though tabloids have reported he’s been seen in Mexico.