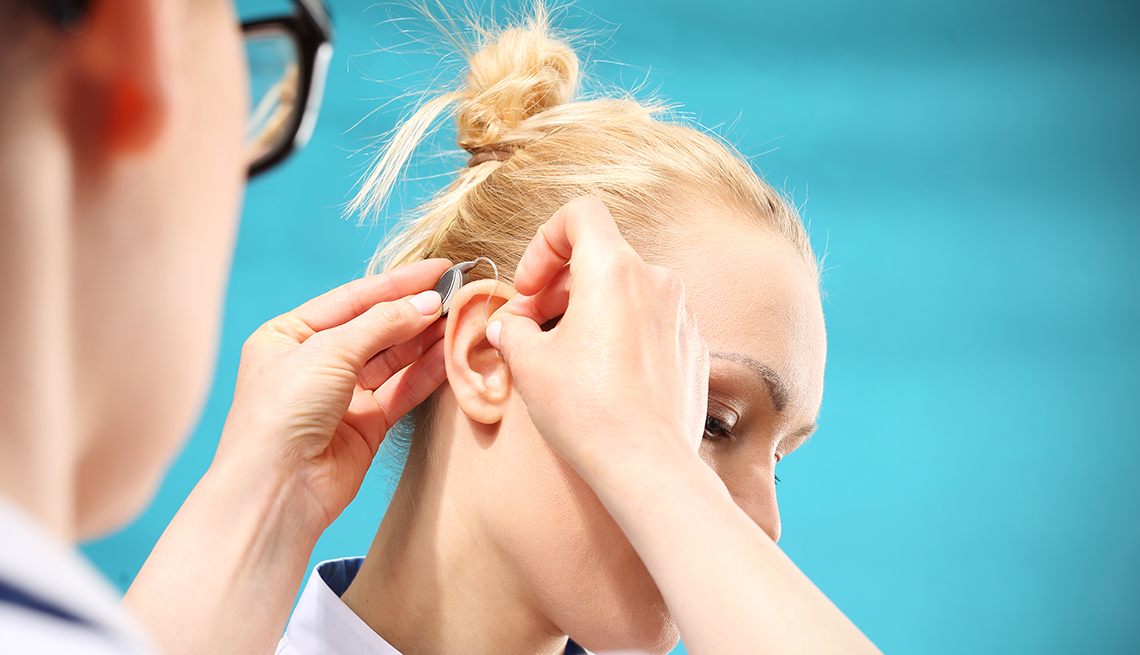 Consumer Reports magazine recently took an in-depth look at hearing loss and the hearing aid industry, including the newest "hearing helpers" — less expensive, over-the-counter devices that may help some people with mild to moderate hearing problems.

Titled "No More Suffering in Silence?," the report included the results of a fall 2015 survey of more than 131,000 of CR's subscribers. Nearly half reported they had trouble hearing in noisy environments, yet only 25 percent had had their hearing checked in the past year.

This isn't surprising, considering that only 16 percent of Americans ages 20 to 69 who could benefit from a hearing aid actually use one, according to the National Institute on Deafness and Other Communication Disorders.

Cost could be a big reason for this, the magazine notes. The National Academy of Sciences reports that hearing aids cost an average $4,700 per pair in 2013 and can climb to almost twice that price. Plus, hearing aids are usually not covered by health insurance or Medicare.

This is where OTC hearing helpers — also called PSAPs, for personal sound amplification products — come in. They cost a fraction of the price of an average hearing aid. But do they really work? The magazine had three of its employees with mild to moderate hearing loss try four devices priced from $20 to $350, wearing them for three to seven days to see how well they could help with hearing in a noisy environment. CR's audio labs also tested the devices for amplification, batteries, microphone function and sound distortion.

The most important finding: Pinching pennies can hurt you. The two lowest-priced devices — the Bell & Howell Silver Sonic XL ($20) and the MSA 30X ($30) – were found not only inadequate, but also potentially dangerous. Both overamplified sharp noises, like a siren, to the point where hearing damage could occur. A hearing-aid researcher who assessed the devices recommended avoiding those under $50. "They don't seem to help much, if at all, and could actually further diminish your ability to hear," the magazine reported.

The two PSAPs that fared better were the SoundWorld Solutions C550+ ($350) and the Etymotic Bean ($214 each, $399 for a pair). CR reported on the pros and cons of each device, offering overall "device advice" for each one. In general, these two seem useful for people with mild to moderate loss, with the Etymotic Bean helpful for those with hearing loss in the higher frequencies rather than the lower. For complete details, click here.

If your hearing loss is serious enough to warrant a hearing aid, the article offered some suggestions for ways to pay less, including these:

Most of these suggestions will not be a surprise to AARP readers. In October, writer Cathie Gandel offered similar cost-saving strategies, including shopping online. She interviewed Patrick Freuler of Audicus, an online retailer that sells direct to the consumer. "What would normally cost you $8,000 a pair at a local clinic costs only $1,598 a pair at Audicus," Freuler said.

The Consumer Reports article also offers an online guide to purchasing hearing aids, but specific ratings of hearing aids and hearing aid retailers are available only by subscription.

Meanwhile, Consumer Affairs, an independent, web-based consumer news and resource center that is not affiliated with Consumer Reports, recently published its own hearing aid guide, which is available online. The site's reviews are by users, similar to Amazon.com, but some are provided by hearing aid companies. They should be read with caution—but the site is one of the few places you can read user reviews of hearing aids.