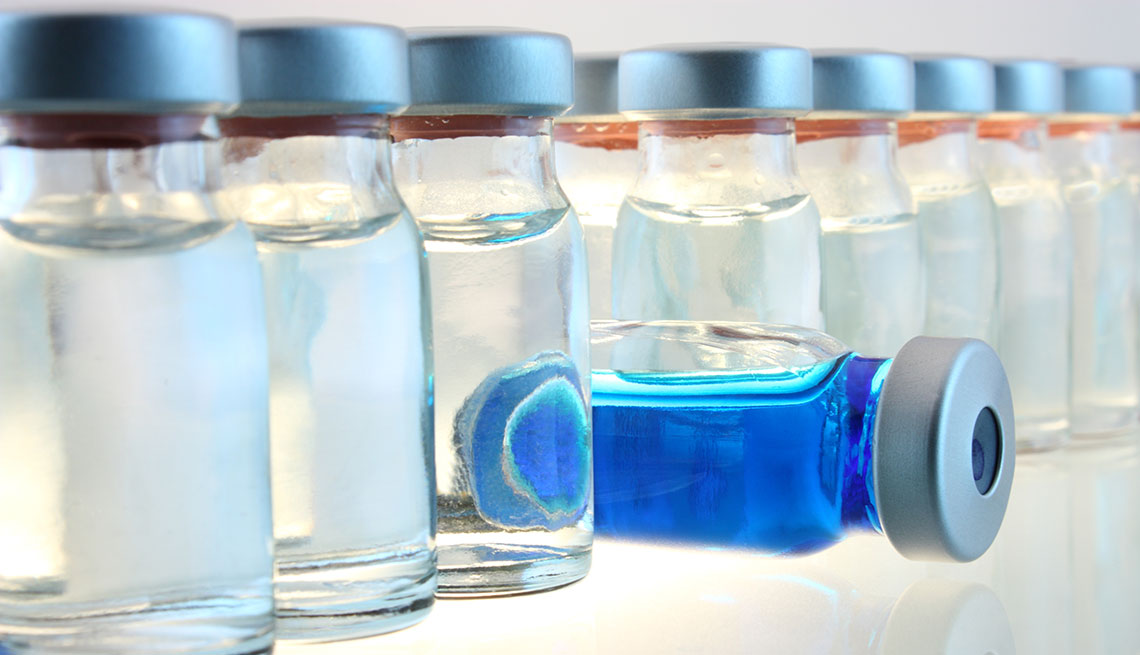 The new vaccine is expected to be available by January.

Calling a new shingles vaccine “nothing short of astounding” for how it protects older adults in particular from this common but often painful virus, experts are encouraging those over 50 to get the new vaccine, Shingrix — even if you were already vaccinated for shingles as an adult.

The enthusiasm follows the new vaccine's approval last month by the Food and Drug Administration and the Centers for Disease Control and Prevention's early endorsement through an advisory committee, which not only recommended that Shingrix replace the currently available shot but lowered the age of vaccination from 60 to 50. The CDC expects their official recommendation to be published in the Morbidity and Mortality Weekly Report, the critical official step for things like insurance coverage, by early 2018. Shingrix will likely be available in pharmacies and doctors' offices in January.

A dirty little secret of many of the vaccines recommended for older adults has been how ineffective they are (or become) when paired with older and less robust immune systems. This new vaccine from GlaxoSmithKline blasts through that age-related barrier to be a whopping 90 percent effective in preventing shingles, says William Schaffner, an infectious disease specialist at Vanderbilt University School of Medicine. What's more, the effectiveness doesn't seem to wane, which means you get a nearly identical level of protection whether you're 50 or 80, as the vaccine "stimulates the system to respond as though it were that of a young adult." Schaffner says that lowering the age to 50 better matches when your chance of developing the disease starts to rapidly increase.

According to Kathleen Dooling, a medical epidemiologist at the CDC's Division of Viral Diseases, only about one-third of Americans age 60 and older currently get vaccinated for shingles, though most — through nearly universal childhood exposure to chicken pox — carry a dormant form of the Varicella zoster virus that causes it. By the time you're 80, you have a 50 percent chance of developing an active case of the virus. Dooling also notes that vaccinating those 50 to 59 with Shingrix is expected to prevent an estimated 80,000 cases of shingles a year.

While Schaffner warns that this new vaccine is an “ouch-y” one, with arm pain and other side effects that can linger for a day or two, he calls it a small price to pay for avoiding the virus's blistering rash or the possibility of intense, long-lasting nerve pain, known as postherpetic neuralgia. “Anyone who's known a person with shingles, particularly one involving the face or postherpetic neuralgia, knows how this disease is capable of changing people lives,” he says, adding that his colleagues who treat older patients with the virus describe the associated pain as potentially debilitating.

Even though the new vaccine, which requires two doses spaced at least eight weeks apart, is expected to be available by January, it might take longer for some insurance coverage to kick in. Schaffner suspects that like the current vaccine, Shingrix will be covered under Medicare Part D. Finally, if you recently got the existing shingles vaccine, you should wait at least eight weeks before getting this new version.