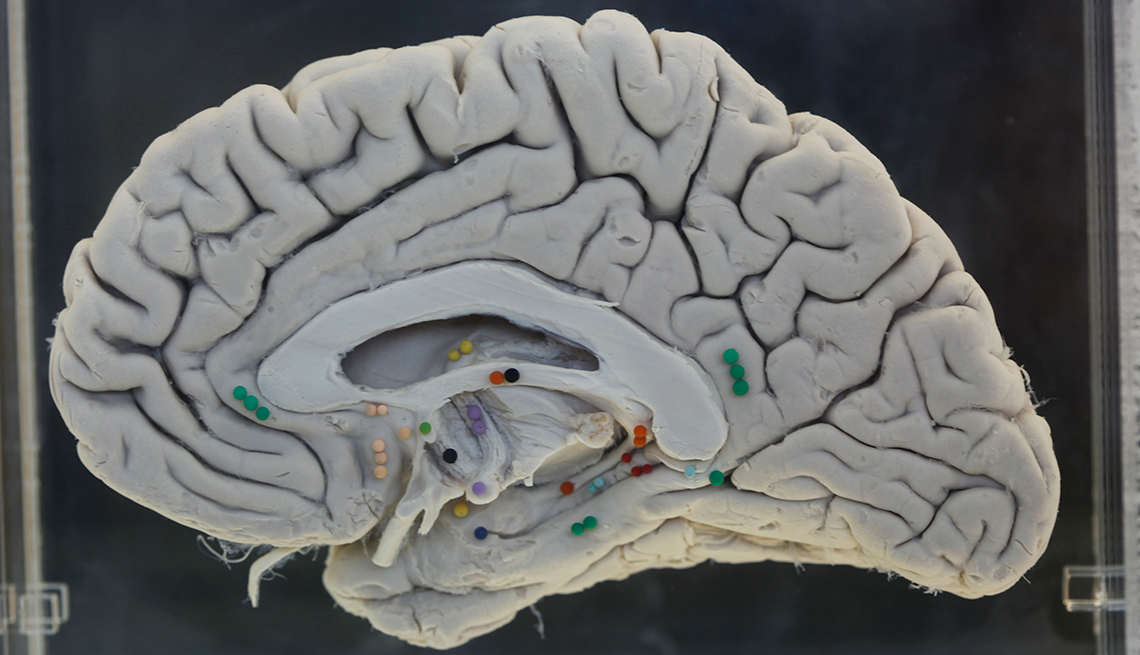 En español l When researchers recently announced a promising new blood test for Alzheimer's disease — one that could be as simple to perform as a standard cholesterol test — reactions were mixed. While some experts heralded the news, others worried that, until effective treatments are available, learning that you're likely to develop Alzheimer's could cause more harm than good.

To know or not to know

Experts say that developing a test for Alzheimer's allows for the possibility of more effective treatment. "The main problem with treating Alzheimer's disease today is that the medicines are probably given too late to do much good," says Howard Federoff, M.D., professor of neurology at Georgetown University Medical Center, who was part of the team that developed the test. "Our research reports a biomarker that will allow us to select patients who have very early disease, and we can determine if medicines are more effective when given earlier.

There's already good evidence that simple lifestyle changes can help slow the likelihood of developing dementia, says Jason Karlawish, M.D., professor of medicine at the University of Pennsylvania, who was not involved in developing the test. "A heart healthy diet, physical activity, and social and cognitive stimulation can help preserve cognitive function," he says. People who learn that they are at high risk of developing Alzheimer's may be more motivated to make healthy changes.

In addition, early detection would allow people to make informed decisions about their care before the symptoms of Alzheimer's get in the way — one reason both the Alzheimer's Association and the Alzheimer's Foundation of America support early diagnosis.

Living with a sense of doom

But there are worries. "A positive result on a test like this could be devastating," says Craig Klugman, a bioethicist who chairs the Department of Health Sciences at DePaul University. "It could change people's outlook on life, making them anxious, depressed and withdrawn. Suddenly you find yourself living with this sense of doom that can affect every dimension of your life."

The stress of learning that you are likely to develop Alzheimer's could even worsen the symptoms of forgetfulness and confusion. "What was a simple momentary lapse of memory before now becomes a terrifying symptom of this dread disease," says Klugman.

Indeed, a recent study looked at the effect of telling people that they carry a genotype that puts them at high risk of developing Alzheimer's. Those who learn that they tested positive judge their memories more critically and perform worse on memory tests than those who are not told.

And there's another worry. Like almost all tests, the new blood test isn't perfect. The 90 percent accuracy rate means that some people would be told they will likely develop Alzheimer's over the next several years when, in fact, they won't. "That would mean someone's life was turned upside down for nothing," says Klugman.

The flurry of headlines that greeted the announcement of a new blood test gave the impression that it was just around the corner. It isn't. The preliminary results must first be confirmed by other independent research teams. Even then, says Mark Mapstone, an associate professor of neurology at the University of Rochester Medical Center and another member of the team that developed the blood test, it "would likely be used in high-risk individuals" — people with a family history of Alzheimer's, for instance.

By that time, researchers say, they are likely to know much more about Alzheimer's disease and even how to slow its progress. The blood test already offers important clues, according to Federoff. The changes that have been observed in the blood are believed to result from the breakdown of brain cell membranes in people destined to develop the disease. The researchers are continuing to look at other molecules in the blood that would give a more detailed glimpse into what goes wrong in people at risk.

In other research, scientists are recruiting volunteers for a program called the A4 Study, which will test an experimental drug that could slow cognitive decline in people who are at risk of memory loss because of Alzheimer's. Researchers at Harvard Medical School recently announced that a naturally occurring protein may protect against the development of Alzheimer's disease and age-related dementia — and these findings could open up a new area of treatment.

"As long as there is no effective treatment, there's a real question about whether to offer a test," says Klugman. "But once we have ways to slow or stop the disease, there are many fewer reasons against testing."