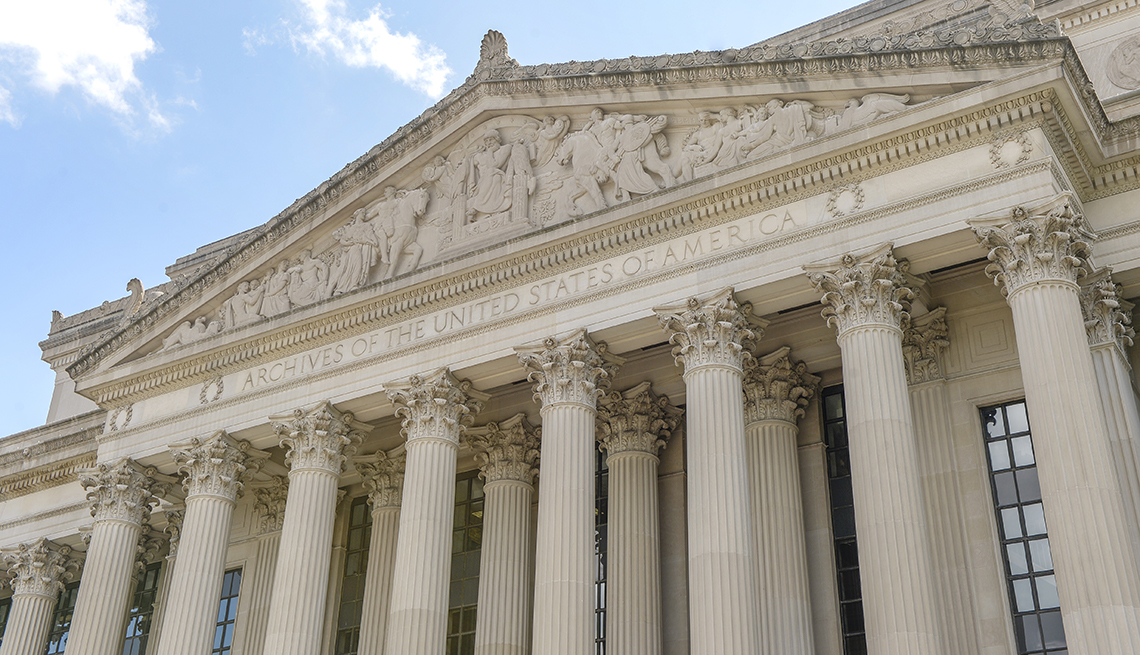 En español | Most July 4th celebrations are likely to be a little less spectacular this year, with so many traditional fireworks displays, concerts and other festivities canceled because of the coronavirus outbreak. Though the annual fireworks show over the National Mall wll be blasting off as usual, the big National Independence Day Parade and many other Fourth of July events are canceled in the nation's capital, Washington, D.C.

Even so, no matter where you live, you can get a taste of what the in-person celebrations are like by tuning in to the National Archives first-ever virtual July 4th celebration. Soledad O'Brien will serve as host and narrator for the free event, sponsored by AARP and John Hancock. Among other online programs, the Archives will present a reading of the Declaration of Independence, the famous founding document that resides at the Archives along with the original Constitution and the Bill of Rights.

Traditionally, the annual reading (this will be the 50th) is held on the morning of July 4, on the steps of the Archives building (closed because of the pandemic), on Constitution Avenue. It kicks off the day's patriotic events, usually drawing a few thousand cheering observers, who then watch the parade that starts in front of the Archives immediately after the reading.

"This is our highlight of the year,” Patrick Madden, executive director of the Foundation for the National Archives, says of the institution's time-honored Independence Day celebration. “I like to call it the Super Bowl of the Archives. We really wanted to continue to share that with the country."

This year the reading will air online at 4 p.m., but viewers can watch it and the other programs later, at their leisure. The Archives is also offering plenty of activities for children, such as arts and crafts projects and a copy of the Declaration of Independence that kids can print out and sign — “different kinds of activities that will get kids and families talking and thinking about the day that the Declaration of Independence was passed,” Madden says.

The event's schedule will include the following:

(Note that if you register in advance, you can participate in the Q&A sessions that follow most of the events, but you don't need to register to view them.)

"We have to park our confetti cannons for the year,” Madden says, “but the real energy of the day, the live audiences from previous years, is all captured in our program."