Celebrate July Fourth by raising the Stars and Stripes 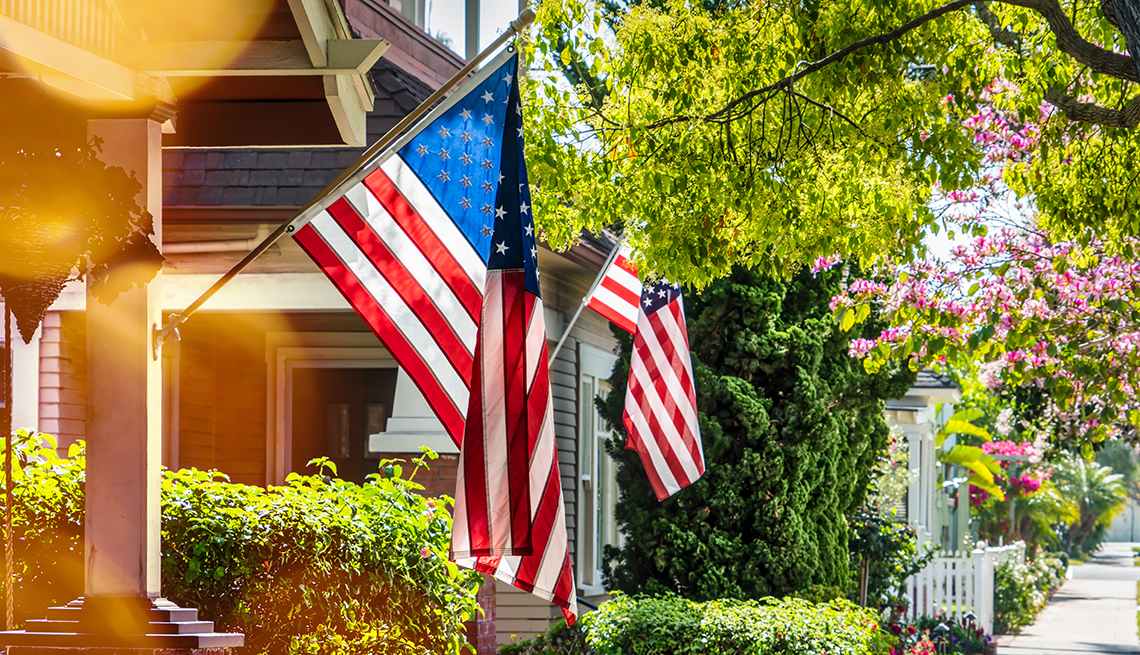 The U.S. flag should be displayed only from sunrise to sunset, unless it is lighted at night.
Bill Chizek/Istock
By:
Shelley Emling
June 27, 2017

It’s nearly July Fourth, and what better way to celebrate America’s independence than by displaying the Stars and Stripes in front of your home. But there are rules to follow. To make sure you do things right, here’s a quick refresher – as outlined in the U.S. Flag Code – explaining the do's and don’ts when it comes to the flag.

1. Never let the flag touch the ground. When hanging or displaying your flag, the key is to not damage it – so don’t drop it or let it touch anything beneath it.

2. Never wear the flag as a costume. The U.S. Flag Code makes very clear that no part of the flag should be worn as sportswear or as a costume, or used to make drapery or bedding. For those who really want to show off their patriotism, opt for a patch or a lapel flag pin worn near your heart.

3. Never display the flag except from sunrise to sunset, unless it is lighted at night. This means, according to the American Legion, that other people should always be able to recognize the flag. If there’s bad weather, you must take the flag down unless you have an all-weather flag.

4. Never place the flag anywhere but at the peak of the staff, except when the flag is at half-staff. When the flag is suspended over a sidewalk from a rope extending from a house to a pole at the edge of the sidewalk, the flag should be hoisted out, union first, from the building. (The union is the blue field of stars.) When hanging the flag vertically, the union must always be at the top.

5. Never wad the flag, but rather fold it properly. The way you store your flag is important. The American Legion says to fold it into a triangle, similar to a three-corner hat, with the blue and stars showing.

6. Never raise the flag slowly: It should be raised briskly, but lowered slowly and ceremoniously.

7. Never carry the flag flat or horizontally. It should always be carried aloft and free.

8. Never display the flag with the union down. Only in instances of extreme danger to life or property should the flag be displayed that way, as a distress signal.

For more information on how to display and dispose of your flag, go to http://www.usflag.org/flagetiquette.html.