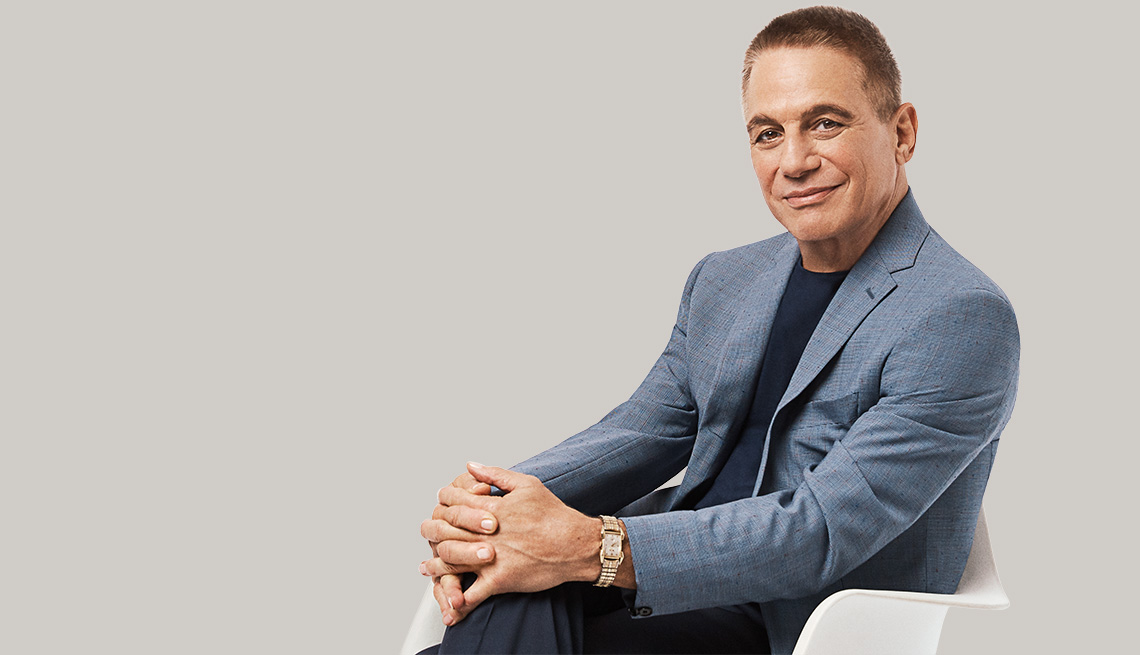 En español | Coming from boxing, I was a total novice in Hollywood. I think that kept me open, years later, to trying new things: dancing, singing. I taught high school English for a year in Philadelphia, in 2009, and wrote a best-seller about it. Now I’m learning to play the ukulele and really enjoying it. The point is, diversify. Try something scary. I’ve been blessed with guts.

2. The ride of a lifetime

This year’s the 40th anniversary of Taxi. I still remember my first scene as Tony Banta. I was in my cab underneath the 59th Street bridge in Manhattan waiting for “Action,” and some random guy gets into the car. I go, “Hey, it’s not a real taxi.” He goes, “Oh, yes, it is.” I say, “Oh, no, it’s not.” They had to get security to get the guy out! In the opening credits, that’s me driving across the bridge that day.

What could be cooler than having Frank Sinatra on an episode of Who’s the Boss? But it was really about my mother. She loved him like nobody else. We flew her out from New York, and he talked to her, took pictures with her and gave her the handkerchief from his pocket to keep. It was the one time in her whole life she was unable to speak.

I’ve been a father from the time I was 19, but being a grandfather’s way different. You gotta do everything to get those kids off their screens. I’ll say, “Come on, kids, let’s go get manicures and pedicures.” You wouldn’t believe how much they love it! Or we’ll play a game to see who can be the most interested in other people we meet. It’s incredible, because once they feel good about it, they’ll continue doing it.

Honestly, if I’m singing, if I’m dancing, I’m not the best. There’s no doubt about that. But I’m singular, you know? Doesn’t matter how old I get. I might not be able to do what some young hotshot can do, but nobody can do what I can do.

My tombstone? I haven’t thought about it, but it would probably say, “Keep punching and keep your chin down.”

Tony Danza, 67, stars in The Good Cop, a Netflix 10-episode drama series that premieres on Sept. 21.