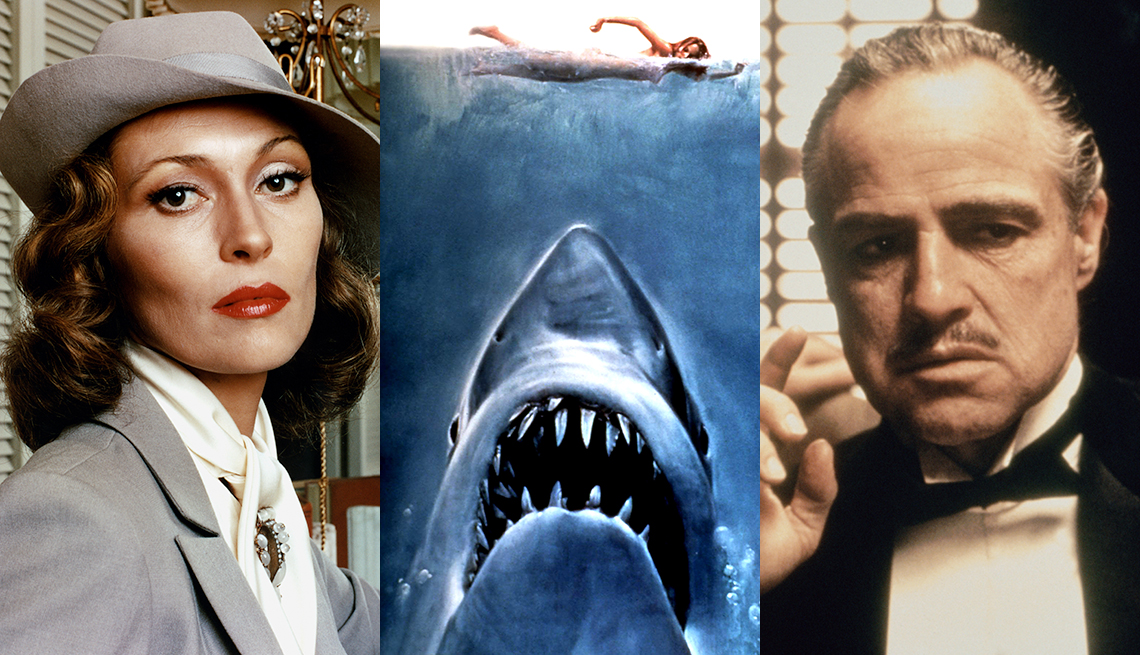 Choosing the 12 greatest movies of the 1970s is like trying to squeeze a man-eating shark into Travis Bickle's cab. It can't be done — too many masterpieces. But if Don Corleone put a gun to our head, these are the very finest from Hollywood's last golden age.

The making of this Vietnam epic was nearly as chaotic as the war itself — Harvey Keitel got fired, Martin Sheen had a heart attack, Francis Ford Coppola suffered epileptic seizures — but fortunately the results were considerably more victorious. Not every critic was initially wowed by Coppola's trippy treatment of a conflict still so fresh in the public's mind ("Emotionally obtuse and intellectually empty,” declared the New York Times), but it was nominated for eight Oscars — including Robert Duvall's performance as Lt. Colonel Kilgore but not, oddly, for Marlon Brando's as Colonel Kurtz — and grossed $150 million worldwide.

Both of its time and ahead of it, Sidney Lumet's searing media satire — which won an Oscar for Paddy Chayefsky's screenplay — skewered the TV news business before CNN was even a twinkle in Ted Turner's eye. Lumet approached Walter Cronkite and John Chancellor to play crazed anchor Howard Beale, but both (unsurprisingly) passed, as did Henry Fonda, Glenn Ford and George C. Scott. Peter Finch ultimately won an Oscar for the part (posthumously, as he died just before the ceremony), along with Faye Dunaway and Beatrice Straight (for a role with only five minutes of screen time, the shortest ever to earn a trophy). 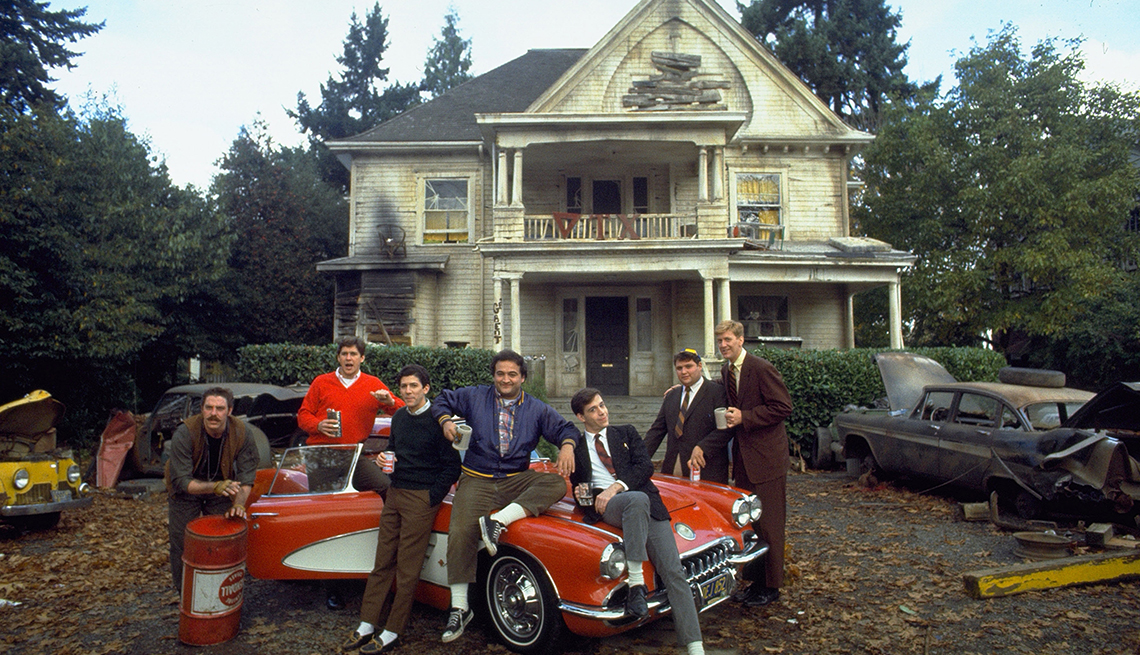 Gross-out humor came of age in John Landis's bawdy college farce, although by today's standards that cafeteria food fight looks about as tame as high tea in Emily Bronte's drawing room. It was SNL star John Belushi's first film role (Bluto's best line: “Seven years of college down the drain!"), and also introduced soon-to-be ‘70s staples Kevin Bacon, Karen Allen, Tim Matheson and Tom Hulce. And it was the first film produced by National Lampoon, the snarky humor magazine that all but defined funny for much of the decade.

RELATED: Stream the Best Movies From the 1960s

Faye Dunaway and director Roman Polanski notoriously clashed on the set — at one point, Dunaway allegedly threw a cup of her own urine into the director's face — but it remains a masterpiece of ‘70s golden era cinema and may be the best performance of Dunaway's career. Screenwriter Robert Towne envisioned the neo-noir detective story, with Jack Nicholson as private eye Jake Gittes, as the first in a trilogy. But Polanski fled America for France after being accused of rape, and its one and only sequel didn't get made for another 16 years (1990's The Two Jakes, which Nicholson ended up directing).

Woody Allen may be radioactive now but back in the ‘70s he was the embodiment of nerd chic — and this film (nearly titled “It Had to be Jew") became the template for all sophisticated romantic comedies to follow (see When Harry Met Sally and scores of other knockoffs). Don't blink or you might miss Sigourney Weaver in her first screen role (as Alvie's date) and young Jeff Goldblum (as the LA party guest who forgets his mantra). Diane Keaton, who sparked a brief fashion craze with her eccentric vest outfits, won the best actress Oscar. Allen won best director and best screenplay, and the film won best picture.

Before he started blowing up Death Stars, George Lucas served up this slice of nostalgia, a loosely plotted but utterly engaging coming of age story set in the early 1960s in Modesto, California, where a bunch of recent high school graduates spend the summer hanging out at Mel's Diner as they prepare to leave for college, find a job or ship out to Vietnam. The cast list reads like a Who's Who of soon-to-be ‘70s stars: Ron Howard, Richard Dreyfuss, Charles Martin Smith, Cindy Williams, Mackenzie Phillips, Harrison Ford and — as the blonde in the T-Bird — Suzanne Somers. 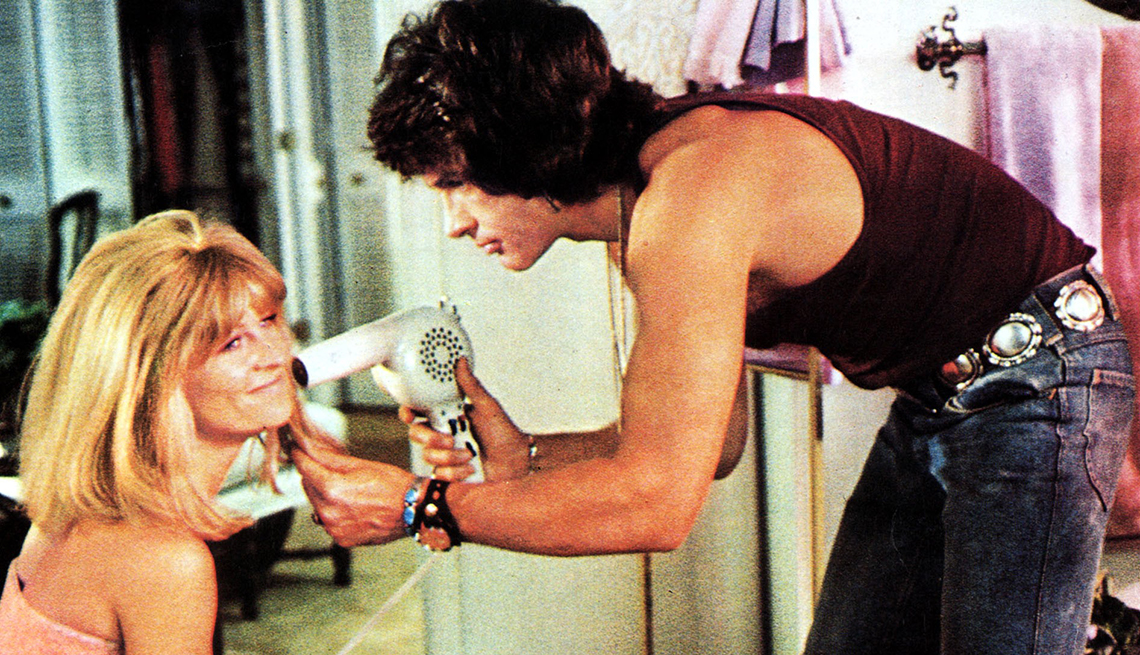 Even though it takes place in 1968 — there are references to the Nixon-Humphrey presidential race in practically every scene — it's hard to point to a more quintessentially ‘70s film than this Hal Ashby social satire. Warren Beatty's oversexed hairdresser is the perfect avatar for the shallow Me Decade as he bed-hops across Beverly Hills, sleeping with virtually every beautiful woman who sits in his salon chair (including Julie Christie, Goldie Hawn, Michelle Phillips and Lee Grant, all of whom Beatty reportedly had short-term relationships with in real life). Bonus points for casting 17-year-old Carrie Fisher, in her film debut, as Grant's sassy daughter.

Before Close Encounters, Hollywood's portrayal of space aliens usually involved lizard like costumes with visible zipper lines. But even though Steven Spielberg took the genre seriously, a lot of actors didn't. Steve McQueen, Dustin Hoffman, Jack Nicholson and Gene Hackman all turned down the role of electrical lineman Roy Neary, which turned out to be a boon for Richard Dreyfuss, who had been pushing for the part since he'd overheard Spielberg talking about it on the set of Jaws. The film — which no less an authority than Ray Bradbury declared the greatest science fiction movie ever made — was nominated for nine Oscars and helped Dreyfuss become one of the decade's biggest stars. 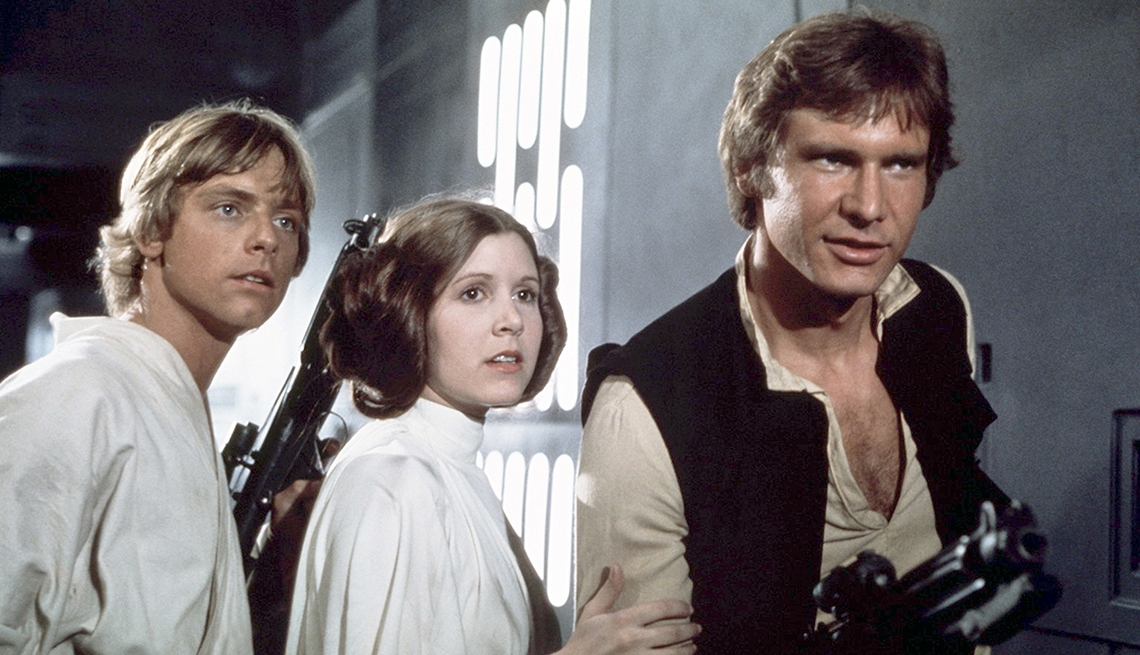 Taking a break from filming Star Wars, George Lucas visited his good buddy Steven Spielberg on the set of Close Encounters ... and freaked out. “He said, ‘Oh my God, your movie is going to be so much more successful than Star Wars! This is going to be the biggest hit of all time,'” Spielberg revealed in a 2014 interview. “He said, ‘All right, I'll tell you what. I'll trade some points with you. I'll give you 2.5 percent of Star Wars if you give me 2.5 percent of Close Encounters.'” The rest, of course, is history. Star Wars became the bigger hit — the biggest of the decade, in fact — and launched the most successful sci-fi franchise ever. Lucas ended up paying Spielberg something like $40 million for those hastily traded points.

Steven Spielberg's man-eating fish tale changed Hollywood forever ... and ruined swimming in the ocean for millions of traumatized moviegoers. It was the first film to rake in $100 million, becoming the highest-grosser of its time (until Star Wars came out two years later). It triggered the event-movie craze that to this day has the studios trawling for mega hits. The mechanical shark (which Spielberg named Bruce, after his lawyer) looked as fake then as it does now, but it doesn't pop up above water for the first hour and 20 minutes of the film — and even then gets only four minutes of screen time.

This film sealed Martin Scorsese's reputation as the ultimate 1970s auteur, as well as Robert De Niro's as the decade's preeminent method actor — he lost 35 pounds and got a taxi license to prep for the role of Travis Bickle, the psychotic loner who falls for Cybill Shepherd. Taxi Driver perfectly captured a decaying New York City as it teetered on the edge of bankruptcy. “The whole West Side was bombed out,” producer Michael Phillips once described the shoot. “There were row after row of condemned buildings and that's what we used to build our sets.” Casting 12-year-old Jodie Foster as a prostitute may have been a step too far, but it certainly didn't hurt her future career (on the contrary, she got nominated for an Oscar, as did De Niro). 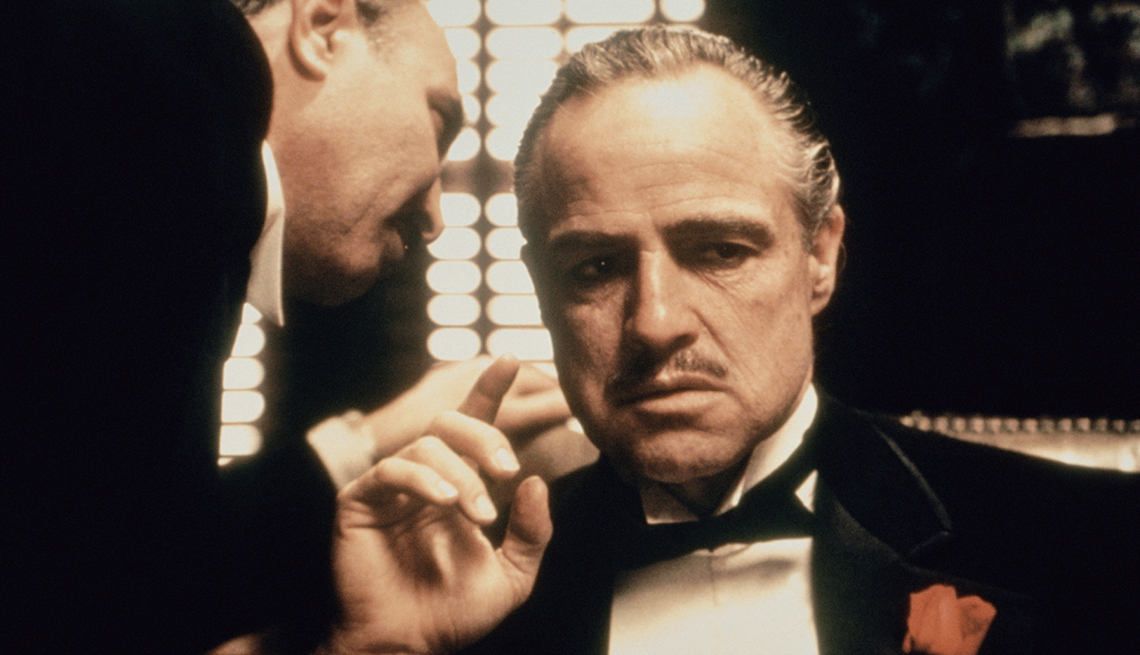 This isn't merely the greatest movie of the 1970s, it's the greatest of all time — at least according to Time magazine, the American Film Institute and a slew of other best-film lists. Still, Francis Ford Coppola's Mafia family saga — which won three Oscars, including best picture —couldn't have been made in any other decade. With both Watergate and Vietnam in full bloom and Hollywood's traditional studio system crumbling, the zeitgeist was primed for an iconoclastic gangster yarn that aimed a bullet straight into the eye of the American Dream. Plus, try to imagine another generation's actors doing it any better than Al Pacino, James Caan, Robert Duvall, Diane Keaton and Marlon Brando.