Molly Bloom, played with steely skill by Jessica Chastain in Molly’s Game, was a gorgeous skier headed for the Olympics when a freak accident ended her career. This infuriated her insanely demanding dad (played with perfect pitch by Kevin Costner, 62), who wanted her to be as good as her brother, Jeremy, the only Olympic skier — a three-time world champion — to also be drafted by the NFL.

She further enraged her dad by quitting sports and then law school and heading for Los Angeles, where she fell into a gig running secret poker games for billionaires, sports stars, Russian mobsters, big-name celebrities and others at the Viper Room and top luxury hotels in L.A. and New York. She watched one of her players lose $100 million in one night. 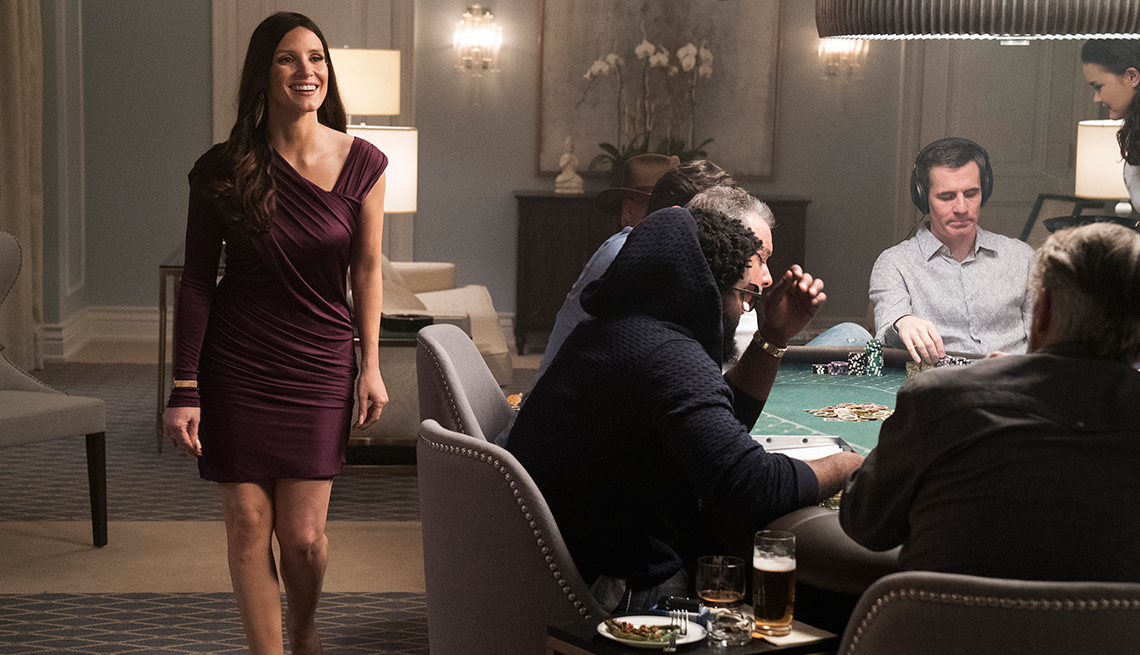 Bloom sank into addiction, broke laws and got busted by the FBI before the Russians could get her. She penned a best-seller, Molly’s Game: From Hollywood's Elite to Wall Street's Billionaire Boys Club, My High-Stakes Adventure in the World of Underground Poker, and tried to interest Aaron Sorkin, an ex-addict who is Hollywood’s best-paid writer at $4 million per script. That’s how much Bloom used to earn from one year’s poker parties.

Sorkin not only wrote the screenplay, he made Molly’s Game his directing debut. It features his signature tommy-gun-fast tough-guy talk, which Chastain was born to utter. Except for Mudbound, no recent movie has voiceovers so lengthy and impressive as literature, and critic Manohla Dargis estimates that the script equals the 240-words-per-minute record set by His Girl Friday in 1940.

But it’s also a fast film visually, sometimes bombarding the dazzled viewer with over 60 shots per minute. The rapid-fire storytelling is a bit like I, Tonya set in a less blue-collar economic echelon, and also like American Hustle (partly because Sorkin hired one of the editors of that more loosely fact-based hit about colorful underworld types). The film puts you inside Bloom’s glamorous, driven head as she tussles with crazies, criminals, losers and A-list greed-heads, trying to make a killing without getting killed or jailed.

Chastain’s gritty yet sensitive performance is the big winner in this game. She’s always swung for the fences as an actor, making 34 films in her nine-year career (including six hits in 2011 alone), grossing $1.2 billion. In the last five years, she’s earned two nominations for Oscars, with one Golden Globe win for Zero Dark Thirty. Molly’s Game is her fifth Globe nomination. Her Zero Dark Thirty performance is deeper but parsimonious with words. That's not a problem with an Aaron Sorkin script, and she makes his verbal arias soar. 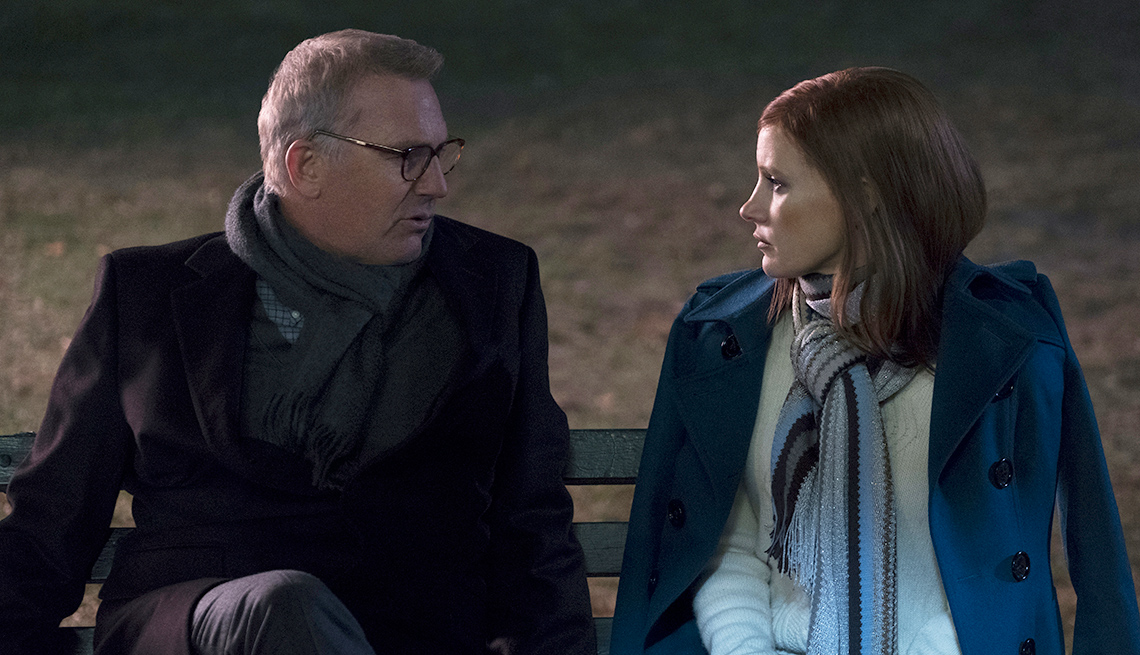 But wait! There’s more! The movie is studded with indelible performances. Costner makes the most of his limited screen time as Larry Bloom, faithless husband, controlling dad, great talker and bulletproof egomaniac — when he’s not onscreen, you can still feel his relentlessly critical spirit haunting his daughter’s face. Idris Elba nails his part as Molly’s clever lawyer, and as a horrifying poker loser who can’t afford to lose but can’t stop playing, Bill Camp is a total winner. As Player X — a Hollywood star who may or may not be like Tobey Maguire (who is named in Bloom’s book) — Michael Cera gives us the most chilling character of his career. His game is manipulating and destroying people for fun. X’s blood must be liquid nitrogen, he’s so cold.

With an ending that doesn’t quite pay out and a tendency to overexplain everything, Molly’s Game isn’t the best Aaron Sorkin movie ever. In fact, of his seven films rated Fresh on Rotten Tomatoes, it’s the lowest rated. I would have liked it better if Bloom had spilled more celebrity beans in her book (so would her publisher), and I wish Sorkin had put real celeb characters in his movie instead of prudently fictionalizing them.

But you watch the movie they made, not the one you want to see. And Molly’s Game is such a jackpot for connoisseurs of acting, writing and slam-bang storytelling, I’m all in until the last hand — and count myself a winner for being at such a dangerous table.