Those Who Knew Princess Diana Look Back

From her butler to her biographer, the personal stories they shared 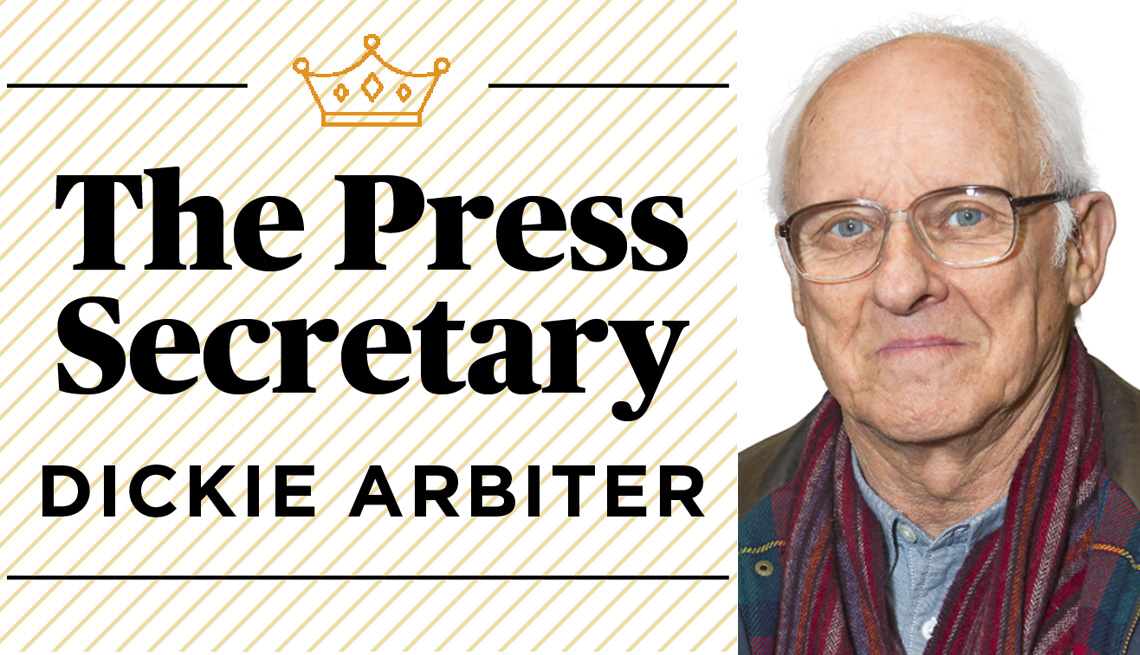 Dickie Arbiter, author of "On Duty with the Queen," was a press secretary for Buckingham Palace from 1988 to 2000.
Rex Features/AP Images

I first met Lady Diana Spencer over a cup of tea at Buckingham Palace two days before her wedding, in July 1981. I was a radio commentator who would be covering the wedding of this young nursery school teacher to the heir to the British throne. The British media had already dubbed the bride Shy Di, but I saw none of that shyness as we chatted openly about her big day ahead.

When she became a leading member of the British royal family, she chose work that highlighted the young, the sick and the vulnerable, as well as the old and infirm. I was with her when, in one swift gesture, she destroyed the “Do not touch” taboo as she shook hands with an AIDS patient in 1987 — and two years later held the stump of a leprosy patient.

Her ability to empathize and connect with people from all walks of life is widely recognized. But I also saw another side to her — amusing and always with a ready wit — including about the very British Windsors, who are partly descended from German royalty.

While they were married, Diana and Charles had their joint office at St. James’s Palace in London, and I remember her arriving there once in 1991 in a soft-top Mercedes SL600.

“Where’s the Jaguar XJS?” I asked. “At least that was a British car.”

Quick as a flash she replied, “I’ve got a German husband. Why can’t I have a German car?” 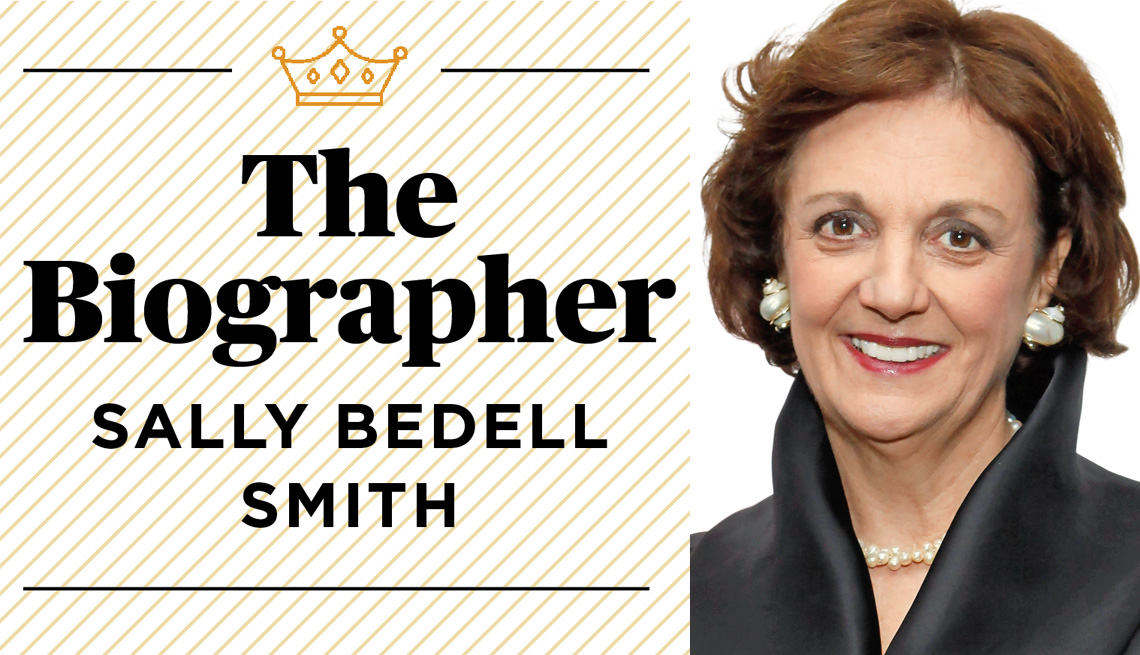 Sally Bedell Smith is the author of "Diana in Search of Herself" and "Prince Charles: The Passions and Paradoxes of an Improbable Life."
Cindy Ord/Getty Images

It was a sparkling day on Martha’s Vineyard in the summer of 1994, but during my only private encounter with Diana, I saw both her sunny and cloudy sides. The occasion was a beach picnic hosted by Katharine Graham, publisher of the Washington Post, and the princess was among a small group of guests.

Diana looked gorgeous: bronze and lithe in her flowered bikini. When my 19-year-old son arrived late and breathless, I quickly whispered her name in his ear. He spun around, pumped her hand, stared at her chest and said, “Hey, how are ya doin’?” She clicked on her high beams, grinned and giggled at my son’s Yankee familiarity. Yet moments later, she withdrew.

Throughout the afternoon, she seemed almost without affect; her sudden shift from engaging to preoccupied puzzled me. Later one of her close friends would tell me, “At times Diana could be fantastically vacant. She would just switch off.” As I began writing her biography, I realized that my impromptu encounter had given me my first glimpse of her emotional complexity. 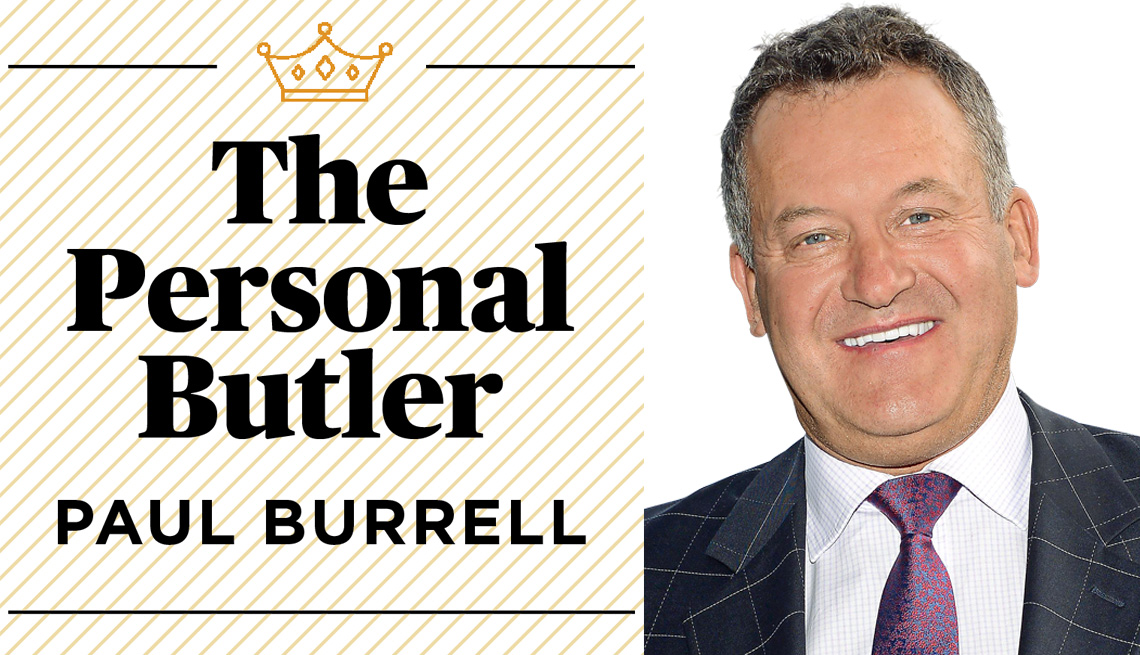 Paul Burrell was Diana’s personal butler from 1987 until her death in 1997. He is the author of "The Way We Were: Remembering Diana."
WENN/Newscom

Irreplaceable, unique and inspirational. I miss my friend Diana. I miss that tremendous energy, which occupied my daily life for over 10 years as her personal butler. She was my raison d’être. Wasn’t I a lucky man, and who wouldn’t have wanted to trade places with me for just one day? 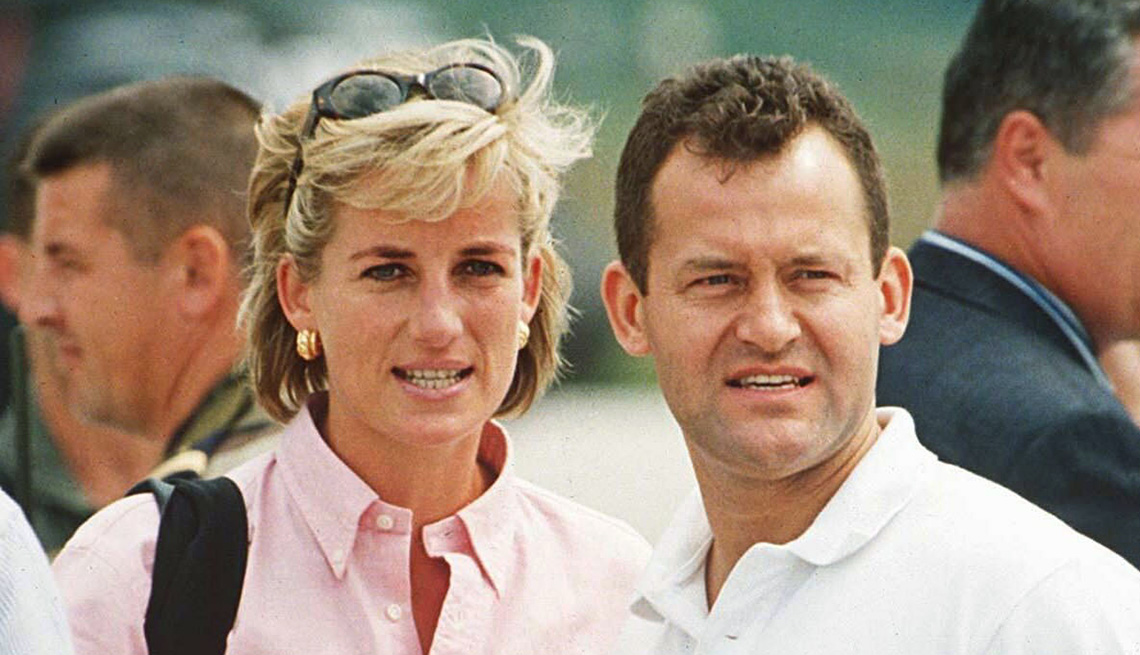 Princess Diana with her personal butler, Paul Burrell, in Bosnia in 1997
Tim Rooke/REX/Shutterstock

Watching her in private, wrapped in a white toweling robe, wet hair, eyes closed, head back, playing chords of Rachmaninoff’s Piano Concerto No. 2 on her grand piano in the drawing room. A private picture of the woman I knew. Lonely but never alone, no voice but refusing to be silenced, trapped inside a palace but a princess of the world, searching for love and acceptance.

Her mission was to seek out those marginalized by society. I stood beside her on her humanitarian missions to Angola and Bosnia. We visited a hospital where a young girl lay in bed fatally injured. She had wandered into a field to retrieve her brother’s football and had stepped onto a land mine. The lower half of her body was missing. The princess slipped her hand into that of the girl at her bedside, and the girl opened her eyes and smiled. Moments after we had left, the girl said to the nurse, “I have just been visited by an angel.” And then shortly after that, she died. Diana’s handclasp, that simple act of humanity, was her gift to that little girl, but really, it was a gift for us all. Through the media, she was showing us a simple message that we should care for one another. 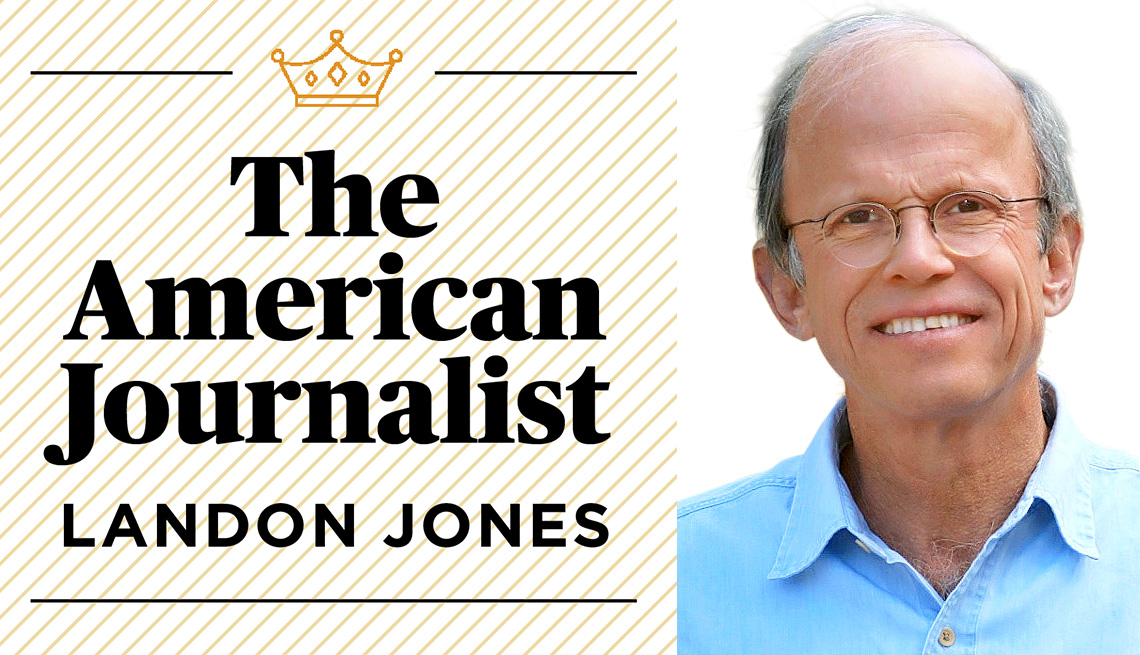 Landon Jones was the managing editor of "People" magazine from 1989 to 1997. He is writing a history of modern celebrity culture.
Landon Jones

A young woman with very big problems was catnip to our readers at People magazine. Coverage of Diana eventually became a weekly event, and I think we did more than 50 covers.

She had the Cinderella courtship, the eating disorder, the problem husband and in-laws, people accusing her of being crazy, the pride in her children. I remember her telling me, “Harry’s getting so tall.” She was vulnerable and easy to relate to.

I finally met her when I went to London to negotiate a cancer benefit that People was going to co-host in Chicago. The event was in June 1996, not long before her divorce was finalized. I had hoped to have the first dance with her, but the palace said you had to be 6 feet tall to do that.

Anyway, before the event, I had a one-on-one coffee with her, in her apartment at Kensington Palace. Her butler took me up to her sitting room, and then she came sashaying in, skirt swaying. My initial impression was how almost flirty she was, batting her eyelashes. She had a beguiling way of covering her mouth with her hand when she was giggling. I was expecting her to be more standoffish. I mean, I’m from the Midwest. I had never dealt with a royal.

It was a really nice meeting. Afterward, she walked me to the door herself, then walked outside, waving goodbye. I thought that was sweet.

Looking back from today’s perspective, I feel a sense of loss —  and loss of potential. I think at the end of her life she was in a period of growth. 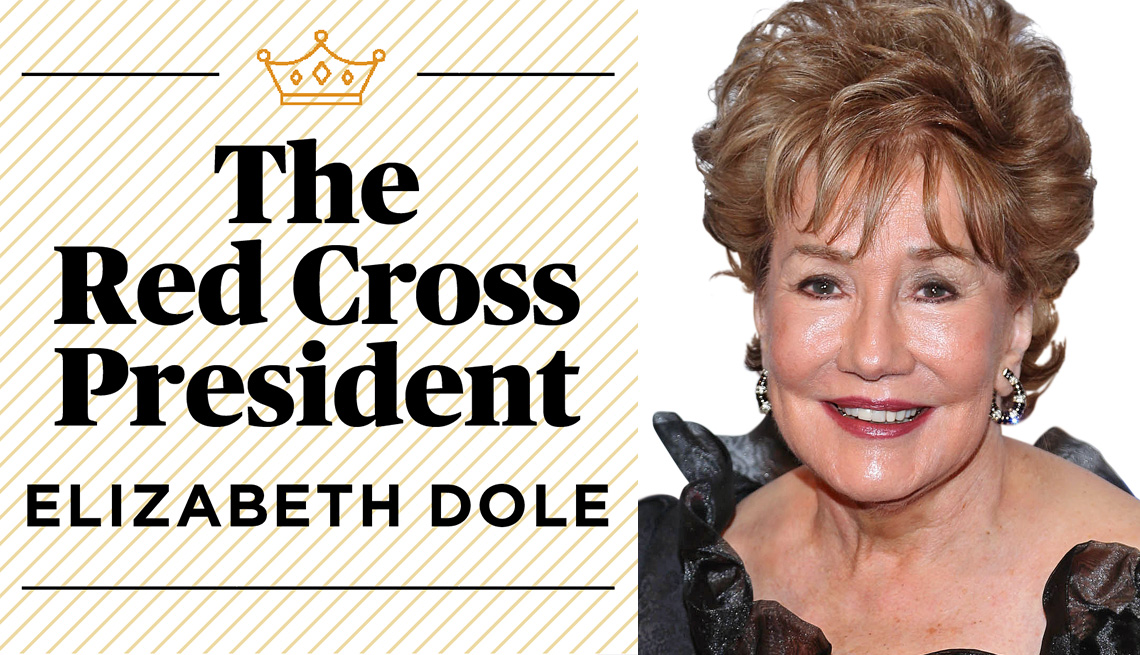 I invited Diana to join me in hosting a gala to raise funds for land mine victims and land mine removal. It was the only time I ever met her. This was 1997, just a couple of months before her death. 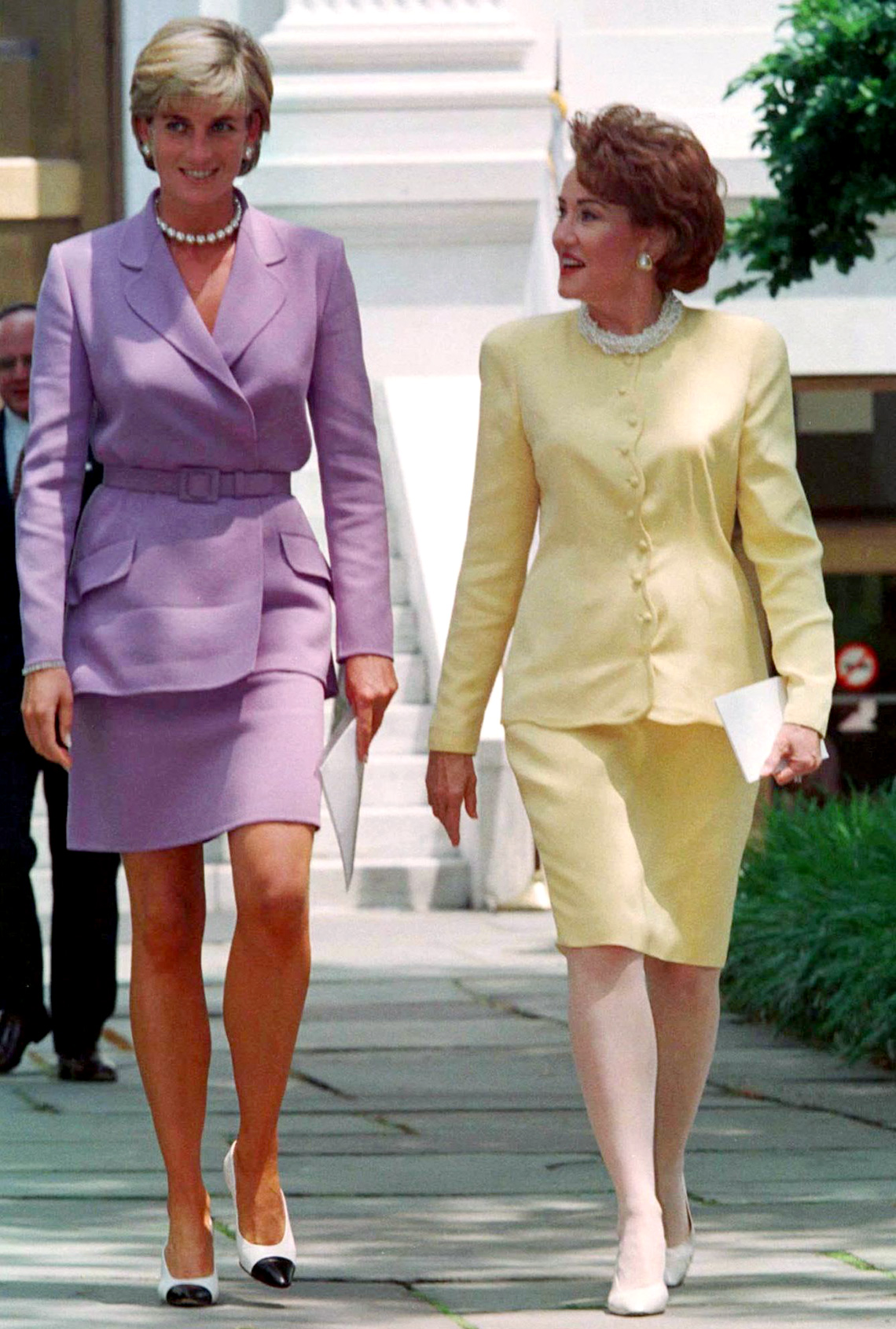 She came to our headquarters in Washington for a meeting on the day of the gala wearing a suit the exact same shade of lavender as mine. There were something like 300 press people following her, and both of us realized that if we held our press conference in matching suits, the suits were going to be the story. It was not going to be land mine victims. So I said, “I live nearby, and if I go carefully out the back door, I can avoid the press, change and be back in 15 minutes.” Diana said, “Oh, thank goodness.” She seemed so relieved. I dashed home and slipped on a yellow suit. Later, we were dying laughing about it, even at the gala. We told my husband, “Guess what happened to us today?”

She had a wonderful sense of humor, no question. I felt I had known her for ages. And it’s clear she genuinely cared about people. She didn’t have to do all the charitable work she was doing. I think people responded to her because they knew she really cared.­ 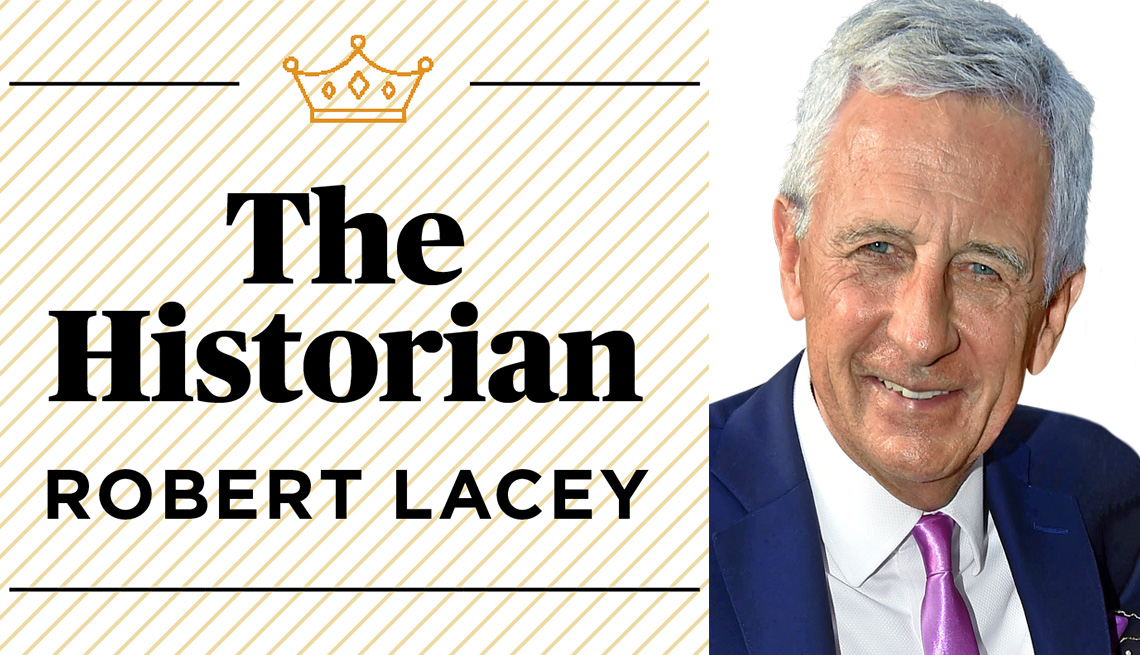 British historian Robert Lacey is the author of "Princess," an early biography of Diana, and "The Crown: The Official History," the forthcoming companion to the Netflix TV series.
Alan Davidson/Silverhub/REX/Shutterstock

Diana captured the world’s imagination in a mass-market way that usually happens only with pop stars and film stars. She brought youth to the monarchy. She lived out so many fantasies.

What would have happened if she hadn’t died? As a historian, I think the royal family would not be in the unassailable position they occupy today. Nor would Diana be the icon she was made by her death. At the time, her reputation was beginning to go sour. She was troubled. If she were alive today, she would be tweeting, Facebooking, Instagraming — the lot! She would have made Kim Kardashian look like a novice.

But I don’t think she should be remembered for her flaws. I met her once, and she was charming and outgoing. She had such brilliant, heartfelt impulses — an ambition to improve the world — that you see living on in her sons.

Diana made the monarchy more human. The Palace has certainly taken a lesson or two in approachability from her. I think we can say that, in the long run, both the world and the institution of the British monarchy benefited from Diana.­ 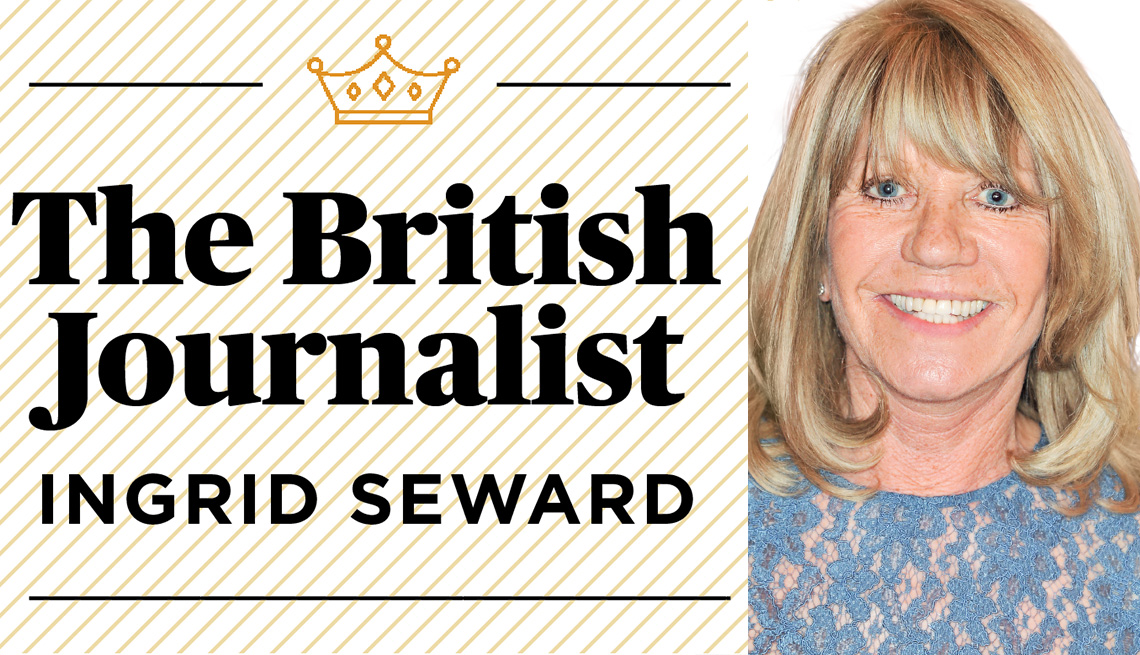 Ingrid Seward is editor-in-chief of "Majesty" magazine and author, with Simone Simmons, of "Diana: The Last Word."
Nick Harvey/WireImage

It was one of those hot, humid days in the last summer of Diana’s life when I met her at Kensington Palace, which is still home to her two sons and Prince William’s family. Diana breezed into the first-floor salon, exuding energy. Her skin was liquid honey, flawless and lightly tanned, and she was dressed in an electric blue sleeveless Versace dress.

In her breathless little-girl voice, she told me she hoped one day she could find a man who could “cope” with her. We spoke about Prince Charles, and she explained that they had reached an understanding based on deep affection.

“Charles did love me,” she said. “If anyone could see the letters he wrote to me at the beginning, they would know that.” She was relaxed, but when we moved on to more serious matters, she wrung her hands and looked at me out of the corner of her eye. “No one understands what it is like to be me,” she said. “Not my friends, not anyone.” She admitted there was a positive side: She could use her unique situation to bring attention to the causes she cared about. Her latest idea was to try to put an end to child trafficking, and when she spoke, her enthusiasm was charmingly guileless.

But it was never to be, as eight weeks later she died, after an Aug. 31, 1997, car crash in a Paris underpass. Her appeal was as simple as it was unique. Diana touched the child in each of us. There will never be anyone quite like her again.

This is the seventh installment in a series of photos and videos remembering Princess Diana as we approach the 20th anniversary of her shocking death on Aug. 31, 1997. Please share your thoughts and memories of Diana in our Icons community forum. 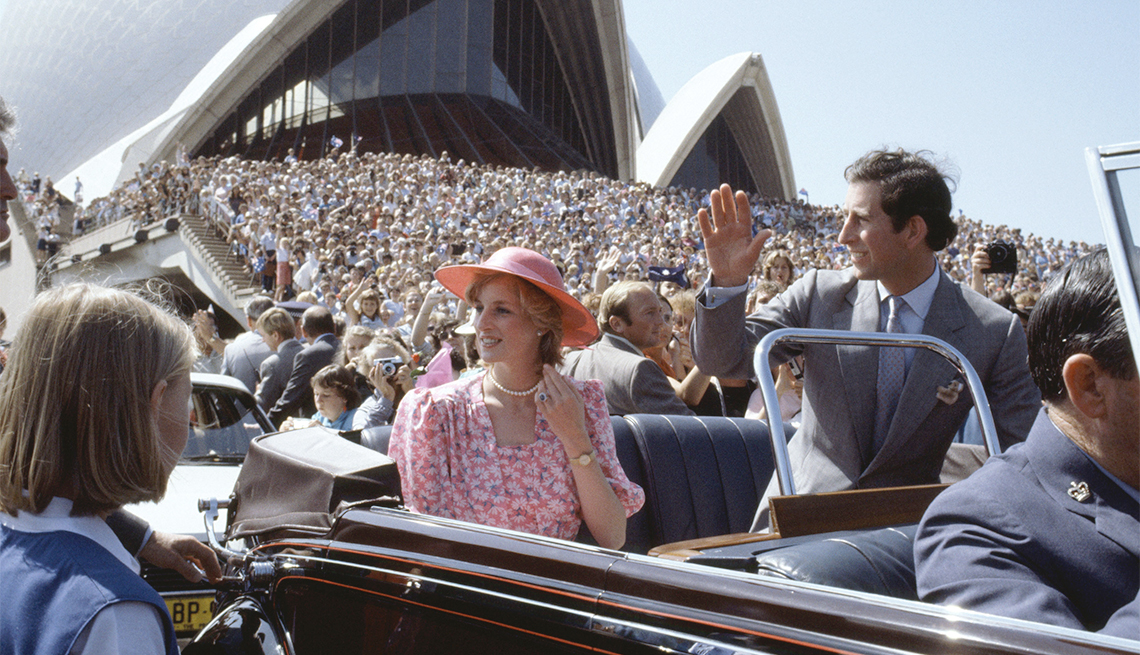 The new princess begins her royal duties, first at home, then around the world

... and the world falls in love 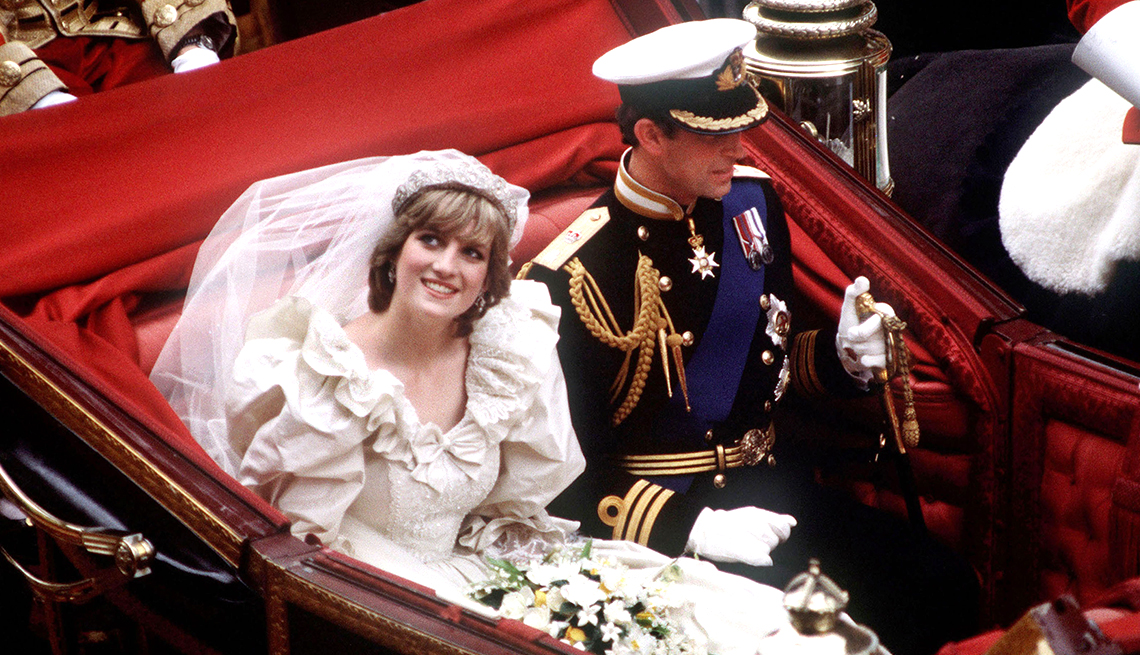