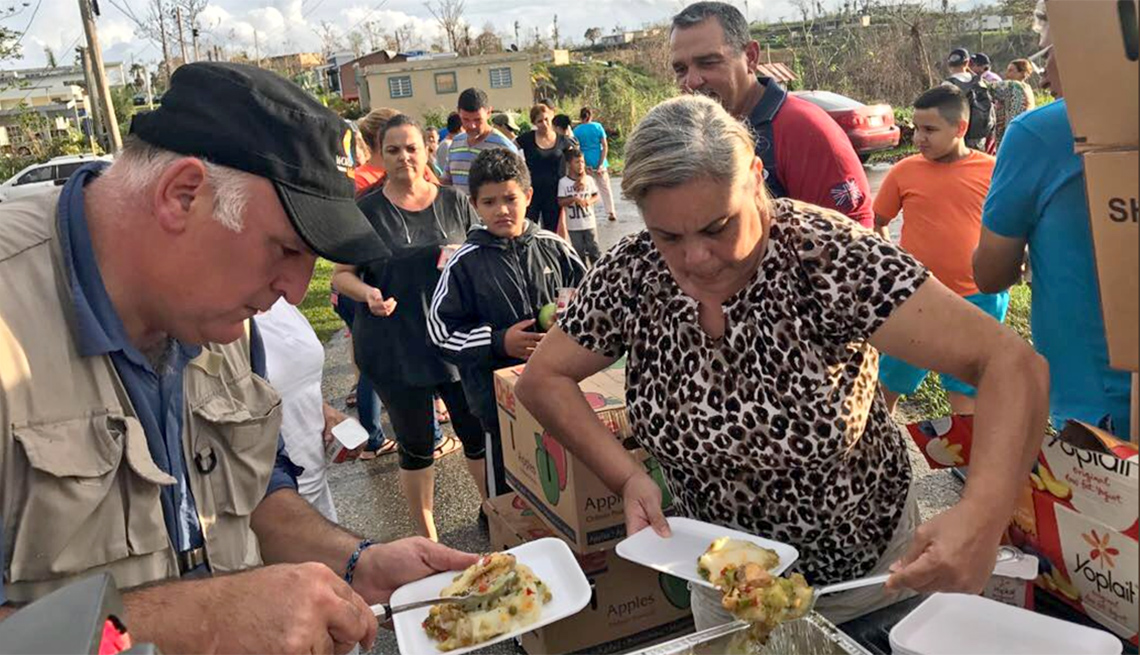 En español |  Chef José Andrés is serving more than 100,000 meals each day to Puerto Ricans recovering from the devastating destruction of Hurricane Maria, and he hopes to have a dozen kitchens up and running across the weather-beaten island by next week.

The Washington, D.C.-based celebrity chef is running the relief efforts through his nonprofit disaster-relief organization, World Central Kitchen. The native of Spain, 48, whose culinary empire includes popular restaurants in D.C., Las Vegas, Los Angeles, Miami and Philadelphia, arrived in Puerto Rico a few days after the storm and has rallied support from other chefs and organizations through his social media channels using the hashtag #ChefsForPuertoRico.

Currently, the organization has set up kitchens in Naguabo, Vieques, Aguadilla, Ponce, Farjado and San Juan, serving balanced meals such as paella and rice. World Central Kitchen has turned the Coliseo de Puerto Rico in San Juan into its headquarters, converting the 18,000-seat arena into what Andres tweeted is now “the largest restaurant in the world!”

The organization is even getting food to Puerto Ricans in far-flung regions where kitchens have not been established nearby, using food trucks, door-to-door deliveries and pop-up facilities.

Though the Federal Emergency Management Agency initially granted Andres and his nonprofit a $1.5 million contract, the chef told Time magazine that costs have far exceeded that amount and he has pressed the agency for more help. He estimates that additional FEMA aid could increase the number of meals served each day to half a million. At least 45 people have died as a result of Hurricane Maria, and large parts of the island are still without electricity or clean drinking water.