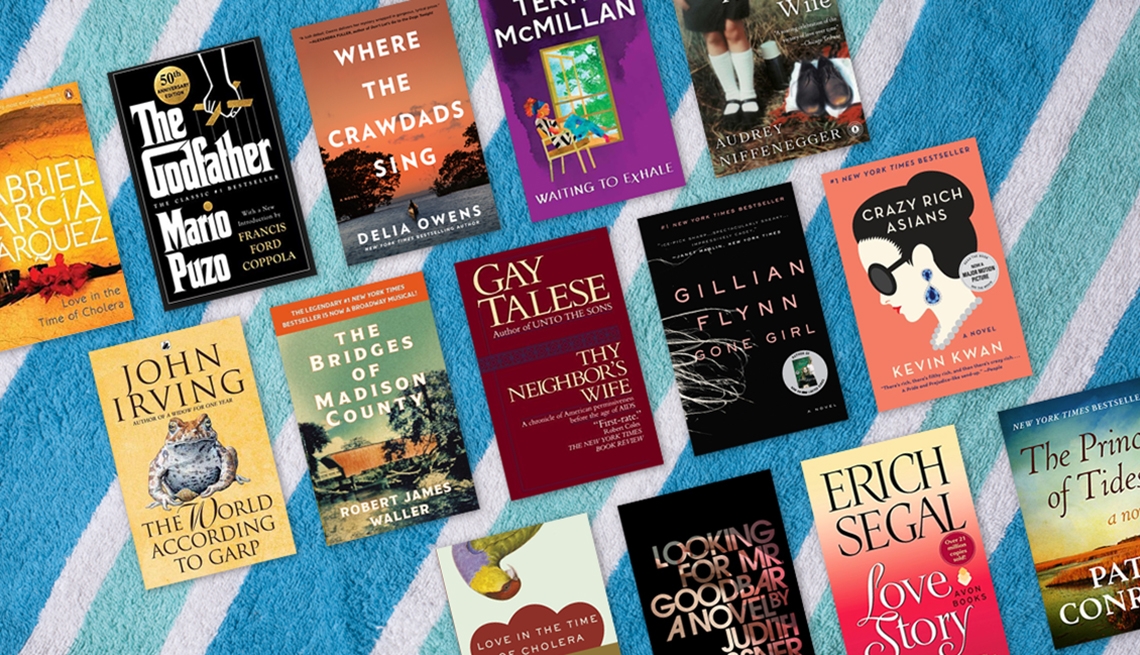 Remember Woodstock and the moon landing 50 years ago? When Jaws opened in theaters and the Captain & Tennille's ‘Love Will Keep Us Together’ topped the charts in 1975? How about what you were reading during those milestone moments? These 16 romantic, sexy or otherwise totally absorbing best-sellers since 1969 were (and still are) perfect books for the beach — and are great reminders of summers past.

The 1972 movie version of Puzo's novel was a megahit, but the book is a classic in its own right. It was the first in the trilogy that introduced readers to the Corleone family and gave the public an inside look at the loyalties — and brutality — at the heart of the mafia during its midcentury heyday.

Adored by readers (not so much by critics), Segal's love story is a real heartbreaker: Oliver is a Harvard jock and the heir to a fortune; Jenny is a baker's daughter and Radcliffe music major. The two fall for each other despite the odds, but their happily-ever-after ends with a tragedy neither could predict. The film version starring Ryan O'Neal and Ali MacGraw came out that same year. 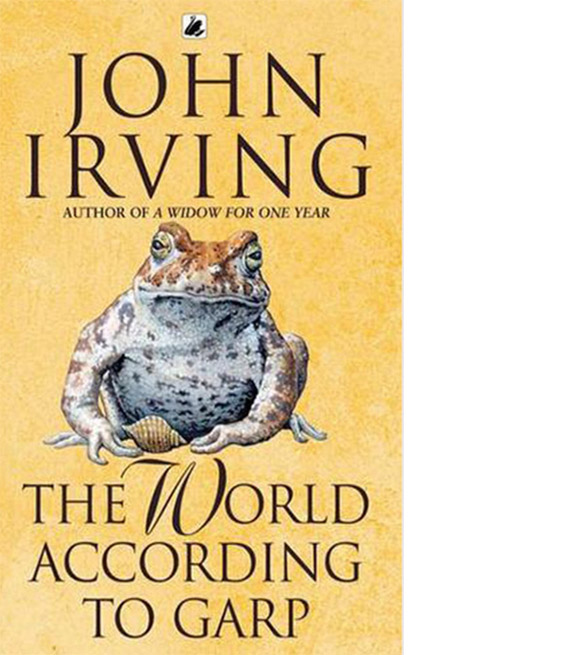 The titular Garp just wants to be the “real thing” — a writer whose success rivals that of his mother, a nurse turned author and accidental feminist icon. A National Book Award winner, Irving's most famous novel traces the personal and professional mayhem of Garp's life, introducing a cast of unforgettable supporting characters along the way.

This eyebrow-raising exploration of American sexual culture sent out shock waves when it was published — and almost permanently derailed Talese's marriage and journalism career. He spent nearly a decade doing firsthand research for the all-encompassing odyssey, which covers everything from California nudist colonies to Supreme Court battles over obscenity.

Family secrets are at the fore of Conroy's romantic story, centered on brother-and-sister twins haunted by their troubled South Carolina childhood. In a story told mostly in flashbacks, the two are able to overcome their demons with the help of a psychiatrist (portrayed in the 1991 film version by Barbara Streisand, who also directed) — but not before confronting the long-ago traumas that shaped their lives.

1988: Love in the Time of Cholera by Gabriel García Márquez

The Spanish word cólera refers to the disease, but also to passion and ire. Those themes are put to work in the masterpiece by Nobel-winning García Márquez, the story of a couple given a second chance at first love that's set in the “steamy and sleepy streets” of an unnamed Caribbean port city at the turn of the 20th century.

People are what they eat — literally — in this work of magical realism, where the main character, kept apart from her true love because of her mother's demands, is able to transmit her feelings to others through the food she prepares for them. Told in 12 chapters, one for each month of the year, the story weaves together Mexican folklore with a dramatic family history. 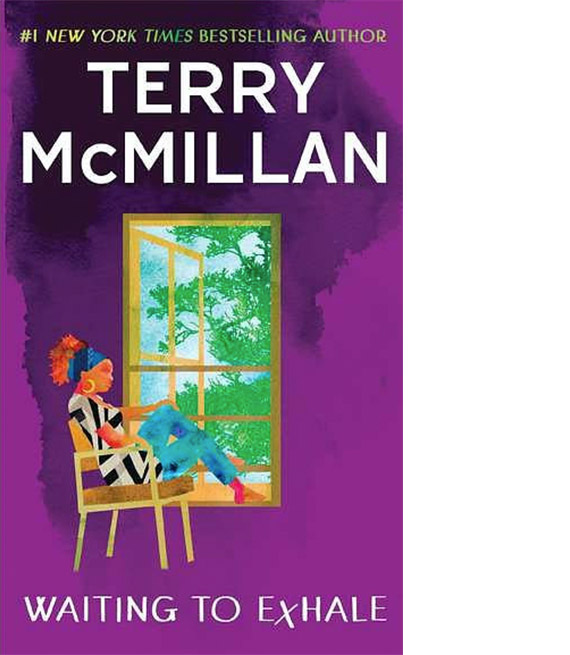 Back in 1992 it seemed as though everyone was reading the saucy, funny book about four African American women in their mid-30s — Savannah, Robin, Bernadine and Gloria — friends in Phoenix who are (sometimes comically) unlucky in their search for worthy men, while finding strength in each other. McMillan's 2010 sequel, Getting to Happy, caught up with the characters in middle age.

1992: The Bridges of Madison County by Robert James Waller

Waller's slim novel made a huge splash in the early ‘90s, offering a swoon-worthy tale about Francesca, an Iowa farmer's wife who has a brief but passionate affair with Robert, a photographer in town to capture the area's covered bridges. “I love you, profoundly and completely,” Robert tells Francesca. “And I always will.” (Sigh.) Meryl Streep and Clint Eastwood took on the lovers’ roles in the 1995 film directed by Eastwood.

1996: The Notebook by Nicholas Sparks

The romance master's first published novel, The Notebook is a love story about a returning World War II soldier, Noah, and a wealthy young woman, Allie. It's told from the perspective of Noah in old age, reading his story to his wife, who has Alzheimer's. And, yes, like most books on this list, it was made into a hugely popular movie. The 2004 film, an 11 on the tear-jerker scale, starred Ryan Gosling and Rachel McAdams. A Broadway musical version is now in the works.

The plot: Henry has a condition called chrono-impairment that causes him to randomly travel back and forth in time, often visiting Clare, an artist who eventually becomes his wife. His sometimes dangerous travels and sudden disappearances are troubling for the relationship, to say the least. Some critics were lukewarm on the book, but plenty of readers loved it — so many that Scribner reportedly paid $5 million for Niffenegger's second novel, Her Fearful Symmetry (2009).

The novel that inspired an endless stream of books with “Girl” in the title is the real deal if you're looking for an addictive, fast-paced thriller for your beach read this summer — and are one of the few who haven't yet gobbled up this one. Told from the extremely unreliable points of view of a husband and wife, Nick and Amy, it hits you with an awesome twist in the middle. The New York Times called it “wily, mercurial, subtly layered” and “ice-pick sharp."

In this romantic-comedy (turned into a hit film last year) a Chinese American economics professor travels to Singapore with her boyfriend to meet his crazy-rich — and flat-out crazy — family and attend a wildly over-the-top wedding. Full of colorful characters, the story offers a satiric look at the gobs of wealth flaunted within this circle of elites. Entertainment Weekly had the right idea suggesting that this book be read “on an exotic beach in super-expensive sunglasses.” Two sequels round out the Crazy Rich Asians trilogy.

2015: The Nightingale by Kristin Hannah

Hannah's novel is still a favorite of historical fiction lovers and book clubs, and for good reason: The author, who's usually known for lighter fare, wrote a wonderfully dramatic (and romantic) page-turner about two sisters in Nazi-occupied France — each part of the resistance in her own way.

2018: Where the Crawdads Sing by Delia Owens

The soaring success of Owens's excellent debut novel, still a best-seller a year after its release, reportedly surprised even its publicists. It's a quiet, beautiful tale about a young girl, Kya Clark, who grows up mostly alone in the wilds of North Carolina, immersed in and absorbed with nature. She's eventually drawn into the world for love. A murder-mystery angle adds suspense. Haven't read it? This summer's the perfect time to dive in.