"I can't find the remote control for your TV. Did you misplace it again?" I ask my mother one evening, as I have many times during the past few years.

She replies hastily with the usual defensiveness: "No, I didn't." When I look at her skeptically, she presses her case by saying, "One of my aides must have lost it."

There's no point in arguing with her; she just becomes more vehement in her denials. There was probably even less point in having raised the topic at all. Repeated experience has shown me that my mother will concede on occasion that she has memory problems related to dementia but will almost never admit to losing objects, forgetting information or being wrong. It's as if accepting blame for a mistake would mean she's fallible, and being fallible feels to her like proof that she has become a failure. 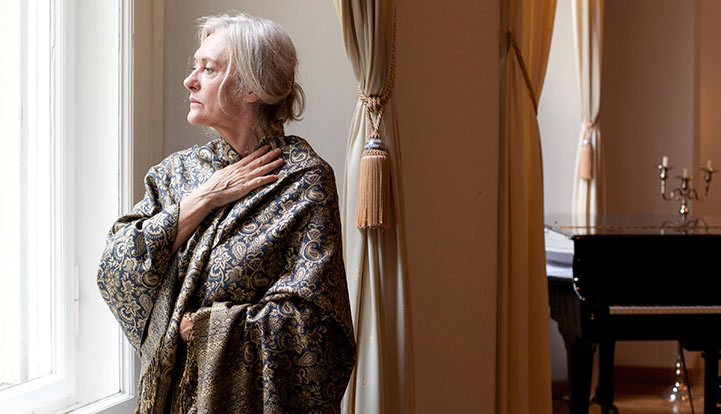 What to do when loved ones with dementia deny their mistakes.

My mother, like many people struggling with cognitive issues, has a problem with shame. Shame isn't guilt; it's far more self-critical and humiliating. When guilty, most of us admit we've done something wrong, but we still retain some shred of self-esteem. When we feel ashamed, most of us try to cover up our mistakes to hide evidence of our defectiveness.

When care receivers with dementia feel ashamed, then family caregivers are placed in a dilemma: Do we correct our loved ones' mistakes to keep them on track, even though this may make them feel terrible about themselves? Or do we look the other way and ignore the mistakes to protect our loved ones' feelings, even though that may lead to other logistical problems or safety concerns? The following ideas may help guide you.

Distinguish back- and front-burner issues

Not every mistake warrants the same chiding response. Losing the remote control can be annoying but pales in importance to losing house keys, a wallet, health-insurance identification cards, etc. It should be considered a back-burner issue to be aware of, either to leave alone or to work around. For example, the wife of a proud former accountant allowed her cognitively impaired husband to continue to "pay" their household bills even though he no longer had the capabilities to accurately add or subtract. Before she mailed the bills, though, she secretly opened the envelopes and corrected her husband's faulty math. This helped him preserve his dignity by allowing him to believe he still held the purse strings.

On the other hand, front-burner issues are of such urgency that caregivers must speak up, often forcefully. These typically involve health and safety issues — for instance, insisting that a loved one use a walker to avoid another fall or drink enough water to avoid repeated episodes of dehydration. The care receiver may feel more ashamed because of the caregiver's exhortations, but negative consequences are prevented that would have caused even more distress.

Unfortunately, many families of loved ones with dementia do not distinguish between back- and front-burner issues. They either treat all the care receivers' mistakes as reasons to brusquely scold them or (more likely) stay mum even when potentially harmful miscues are occurring.

There are discernible differences in approaches between critics and coaches. Frankly, no one loves critics. Whether they are technically right or not, they put us on the spot with their know-it-all attitudes and finger-pointing. We bridle at their corrections.

On the other hand, we take less offense at coaches because they balance their attention to our weaknesses with instruction, encouragement and appreciation for our strengths. People with dementia are more apt to accept direction from a family caregiver who is a cheerleading coach; they are more likely to deny or cover up to ward off the attacks of a harsh critic.

Manage the cover-up without further shaming

When loved ones with dementia deny their mistakes, it is important that we see them as individuals who are experiencing major losses and hurts, and treat them with the necessary tenderness. We do need to offer corrections to keep them safe, but we should always lead with empathy: "I know that it's hard for you to have your memory problems pointed out. It's also hard for me to bring them up to you. This dementia is an awful condition." In this way, family caregivers can help care receivers feel that they have the love and support of devoted family members as they face this adversity together.