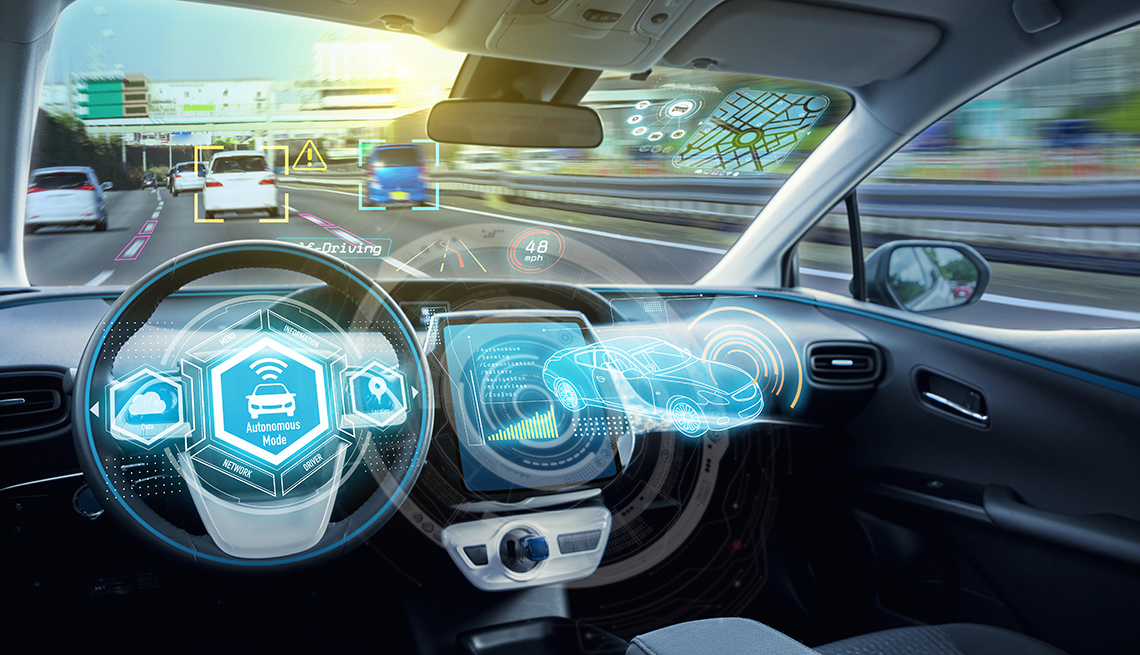 Just a few decades ago, a world in which self-driving cars could ferry humans from place to place seemed like a concept that would long remain in the realm of science fiction. No longer: While they aren’t likely to become ubiquitous anytime soon, autonomous vehicles — cars that can guide themselves without human interference — are solidly on the horizon. All of the major automakers are devoted toward that goal, and drivers are now getting tiny tastes of ceding control to their cars with driver-assistance technology such as automatic emergency braking.

Older Americans could see huge benefits from the use of vehicles that don’t require a driver. About 18 percent of adults age 65 and older don’t drive, while 6.3 million adults 65 and older have a medical condition that makes it difficult to travel, according to an AARP Public Policy Institute Analysis of the 2017 National Household Travel Survey. In some instances that led to reduced or no driving — which can exacerbate isolation, among other problems.

The best part? “They can retain their independence while still being able to get around safely,” says Sam Abuelsamid, a senior analyst focused on automated and connected vehicles with Navigant Research.

Take an AARP Smart Driver™ course and save

And safety is the central reason for developing these cars. Fully autonomous vehicles (AVs) have the potential to remove human error, which accounts for 94 percent of vehicle crashes, according to the National Highway Traffic Safety Administration (NHTSA). In 2017, 37,133 people were killed in car crashes. Since AVs will never be drunk, distracted or drowsy, “the presumption is that most of these crashes can be avoided,” Abuelsamid says.

Doug Parks, General Motors vice president of Autonomous and Electric Vehicle Programs, notes that the automated car will be able to see through fog, rain and the dark “so much better than the human eye can see. This is the perfect driver. This will absolutely be safer than humans, period.”

The vehicles won’t become fully automated overnight. Automakers are rolling out the technology in stages, with levels defined by NHTSA.

Level 1: Driver Assistance. The vehicle is controlled by the driver, but there may be some driver-assist features — such as lane-keeping support and blind-spot detection — that can be found in many of today’s cars.

Level 2: Partial Automation. The vehicle has combined automated functions, like acceleration or steering, and the driver can take their hands off the wheel for a certain amount of time, but the driver remains engaged in driving and monitoring the environment. Features might include traffic-jam assist (the car has the ability to control steering on well-paved roads, as long as the traffic is moving slowly) and parking assistance.

Level 3: Conditional Automation. The driver is a necessity but not required to monitor the environment. The driver would need to be ready to take control of the vehicle at all times with notice.

Level 4: High Automation. The vehicle is capable of performing all driving functions under certain conditions. The driver may have the option to control the vehicle.

Level 5: Full Automation. The vehicle is capable of performing all driving functions under all conditions. (It's not clear yet whether these cars will be made with the option for driver control.) They aren't likely to be countrywide in large numbers until at least 2025, according to Abuelsamid's estimates. 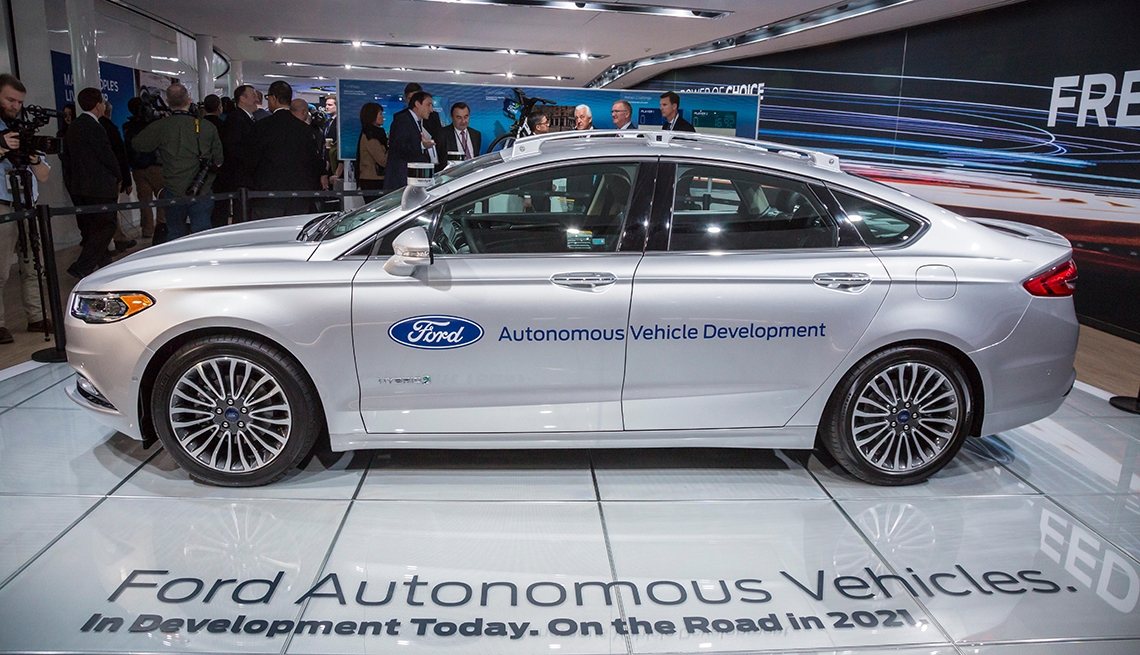 The big player in private sector self-driving car deployment is the Silicon Valley Google spinoff Waymo, which originated as Google’s Self Driving Car Project in 2009 and has been conducting testing in 25 different cities. By year's end, Waymo will be launching a commercial ride-hailing service in Phoenix with its fully self-driving Chrysler Pacifica hybrid electric minivans. It’s an expansion of a pilot program launched 18 months ago that has provided rides to 400 people nearly every day.

General Motors has announced plans to produce an autonomous car, the Cruise AV, next year, while Ford intends to have its own self-driving car in 2021 — but these cars won't be sold for personal ownership in these early days. Waymo, GM and Ford are all launching their vehicles in a ride-sharing setting, where rides will be requested on demand, in dense urban environments. GM’s Parks says the high cost of the technology is the reason that GM is rolling these cars out in a fleet environment. As the technology is demonstrated and the volume and scale increase to lower costs, individuals will be able to purchase their own vehicles.

Toyota is taking a dual approach, aiming to deploy a technology early in the 2020s called Chauffeur, where the vehicle drives itself and the human driver will be available on demand. It’s also planning to eventually launch a car available for individual purchase with a feature called Guardian that leaves the driver in control, but is fully automated and intervenes if necessary to avert a crash.

Liability is a big one. As the responsibility for accidents shifts from the car owner to the car manufacturer, automakers are, of course, concerned, says Bryant Walker Smith, who teaches the legal aspects of emerging technologies at the University of South Carolina. Generally, he notes, “the companies playing a role in development, deployment, maintenance and operation of these systems ultimately will be the ones who pay for these harms.”

Smith adds that while self-driving cars are offering a range of new legal and ethical issues, lawmakers haven't always been quick to address them. To date, 29 states have passed legislation that allow automated vehicles to be tested. Smith points out that Arizona, the state where cars are being tested, has no law in effect. 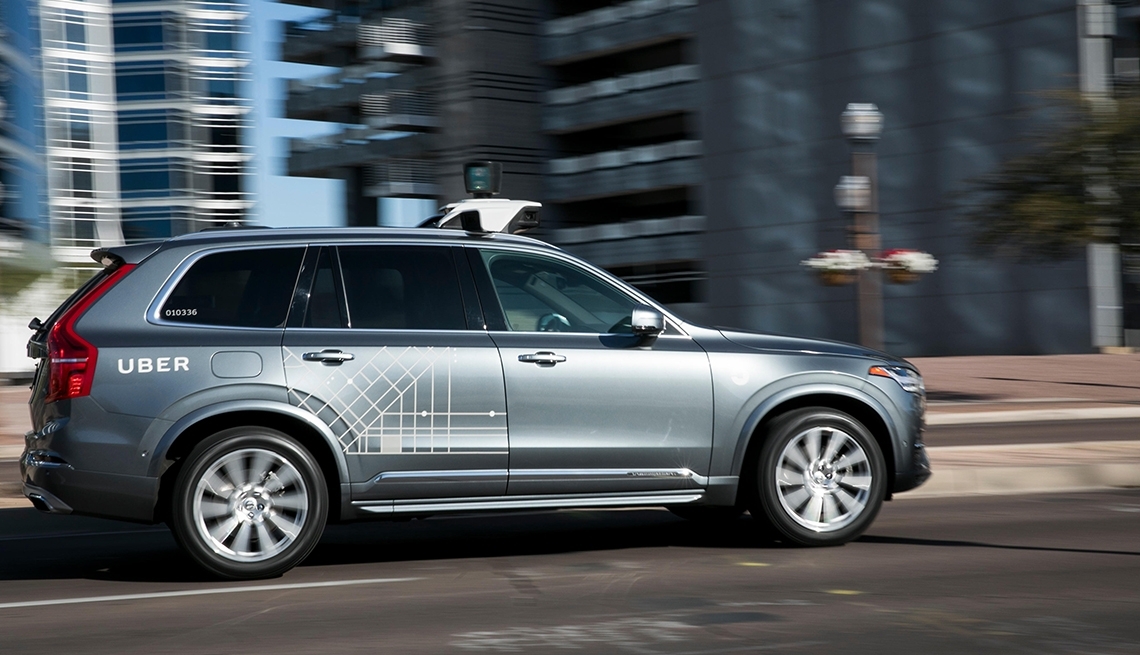 Getting drivers to trust self-driving cars remains a significant roadblock as well. Recent incidents of fatalities — including a pedestrian killed last spring in Tempe, Ariz., by a self-driving car operated by Uber — haven’t helped. Uber paused its operations after that incident. Sarah Abboud, an Uber spokesperson, says the company has been “conducting a top-to-bottom review of our development practices” that is yielding safety improvements the company is implementing. Brian Wolf, head of business strategy for Ford Autonomous Vehicles LLC, says that safety is paramount. One possibility for manufacturers, he suggests, would be to install a light bar on the top of the vehicle as a way to signal to pedestrians when it is about to stop and take off and go.

Older drivers could be the hardest to convince of the value of self-driving cars. A 2017 J.D. Power survey found that only three percent of boomers and two percent of preboomers would “definitely trust” fully automated technology. A 2018 MIT AgeLab survey indicates that only 15 percent of adults age 55 to 64 and 11 percent of those age 65 to 74 said they were comfortable with full-self driving, compared to 33 percent of those age 24 to 34.

“Older drivers stand to benefit the most from these types of vehicles, but survey after survey show that they’re the least trusting of them,” says Bobbie D. Seppelt, a research scientist at AgeLab.

But Seppelt adds that most older adults who favor fully automated cars have driven vehicles with driver-assistance technologies such as lane-keeping assist and blind-spot monitoring: “It would suggest the older demographic needs experience for them to feel comfortable with the technology.”

Tell Us: Would you ever buy a driverless car?

So as the industry sweats over the technological and legal issues, it's simultaneously trying to demystify the concept and demonstrate its potential — especially for the older generation. A pilot project run by Voyage, a transportation company in Palo Alto, Calif., that has focused on bringing autonomous vehicles to retirement communities, recently brought three autonomous Ford Fusions to the 4,000 residents of the Villages Golf and Country Club, a retirement community in San Jose, Calif., for several months. It was a hit. Villages residents Daniel Grim, 68, and his wife, Irene, 67, for example, traveled in the self-driving car twice a day for four months, primarily to the fitness center, and were impressed — especially when the vehicle was successfully able to navigate one of the community's most difficult intersections. That experience, says Irene, helped sell her on the technology: “I felt safe."

All About Emergency Braking