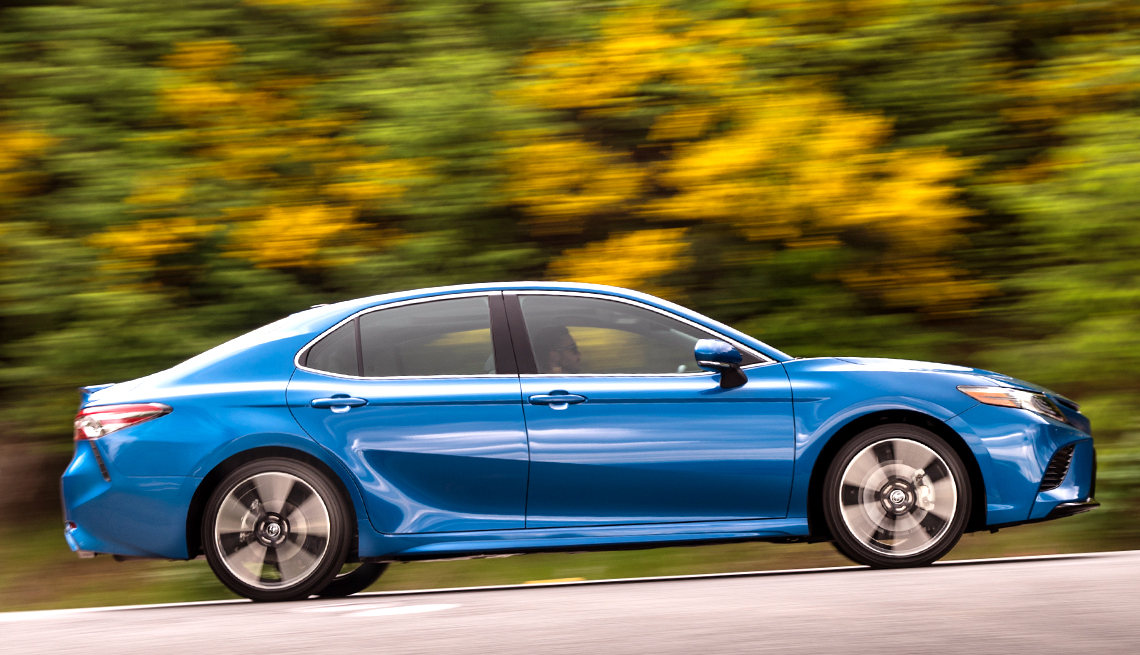 Toyota is hoping to capture a younger audience with its 2018 Camry. The average age of the previous-generation Camry buyer was 52.

If you're in the market for a new car and are overwhelmed by the sheer quantity of makes and models available to choose from, you're in luck. Consumer Reports has announced the cars and trucks that made its 2018 Annual Top Picks list, selecting an individual vehicle at the top of 10 key categories.

The list, released Thursday to the Washington Automotive Press Association at the National Press Club in Washington, D.C., is especially pertinent to older Americans. The average age of new-car buyers hit 51.7 in 2015, and is only expected to rise as millennials have proven reticent to purchase vehicles of their own.

According to Consumer Reports, in order to be designated as a Top Pick, a model "has to have an exemplary Overall Score in its vehicle category," which is a score combining the company's findings in road-test performance, predicted reliability, owner satisfaction, and safety. With four vehicles included in the 10 picks, Toyota has the most of any manufacturer, followed by Chevrolet with two. Consumer Reports cites Toyota's reliability, as well as its standard Automatic Emergency Braking and Forward Collision Warning in its vehicles as a reason the company was able to secure four of the spots in the list.

Interestingly, Consumer Reports evaluates each vehicle in secret. The company anonymously purchases vehicles from dealers, without accepting free samples from any automaker, before putting over 6,000 miles of driving on each car during the testing process.

The full report — with individual ratings and test prices of each car — is available on Consumer Reports.