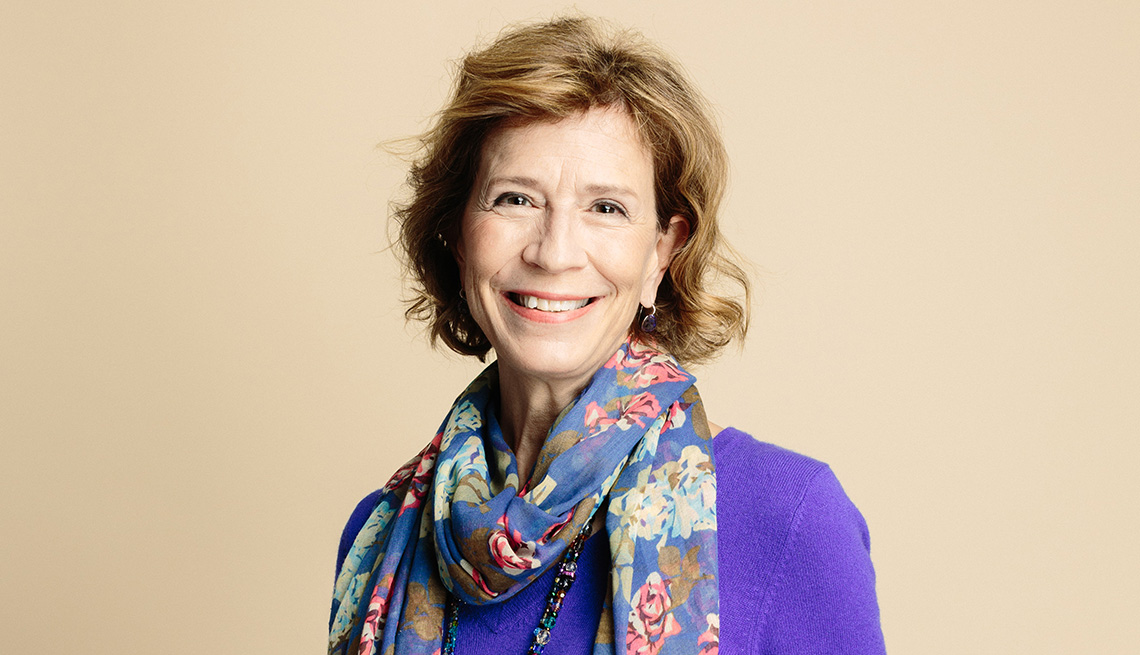 “I want to show how valuable women are so people can continue to invest in them and not see them as victims,” says Griffiths.

As a world-traveling, award-winning photographer for National Geographic, Annie Griffiths has seen close up the challenges and hardships many people, particularly women, face in developing countries. These include a lack of access to clean water, sufficient food and shelter, safe energy sources, health care, education and other critical resources.

In 2009, Griffiths learned that funding for aid programs designed to empower these women was significantly more effective than funding for projects aimed at men. Yet only 2 cents of every aid dollar went to such initiatives for women. “I was furious, and I felt the media had been a participant in that inequity,” says Griffiths, now 65.

That same year, Griffiths had a personal crisis, brought on by the end of her marriage and her mother’s serious illness, and it sparked an epiphany. “I realized the rest of my life mattered, and I decided to use what I do to help,” she explains.

And so the inspiration for Ripple Effect Images was born. In creating the nonprofit, Griffiths brought together a team of world-class photographers and filmmakers who are “committed to shining a light on programs that help women all around the world,” she says. From day one, the organization’s goal has been to identify innovative projects that can be replicated in one of seven areas (or “pillars”) that affect women and children — food, water, health, education, energy, economic empowerment and the impact of climate change.

Once a program is vetted and chosen, Ripple sends a photographer and filmmaker to document its work; then they donate the film and images to the organization so it can use them to increase awareness and funding. In addition, the images and footage become part of Ripple’s photo library, which is available to all its aid grantees. Ripple also shares the images and videos through a dynamic social media network.

Besides bringing attention to their needs, Griffiths wants to change the narrative surrounding poor women in developing countries. “I’ve had the privilege of working with women in dozens of countries, and the perspective I gained by spending time in their kitchens, tents and simple homes led me to realize that these women and their children are the best investment the world can make in our shared future,” says Griffiths, the pro bono executive director of Ripple Effect Images in Reston, Va. “I want to show how valuable women are so people can continue to invest in them and not see them as victims.”

In the Western world, “we tend to have one-note views of poor women, and that’s just wrong on so many levels — they’re so much more than the obstacles they face,” says Griffiths, who has two grown children and three grandchildren. “They love their kids and spouses the way we love our kids and spouses. They are capable of overcoming so much, so the last thing they need is pity. They need some empathy and people to believe in them because they have hope and laughter and a confidence about what’s possible.” That’s one reason Ripple’s films are rarely narrated. Instead, the women tell their own stories, which underscores their intelligence, strength and hope.

Since it was founded in 2010, Ripple Effect Images has produced some 30,000 photographs and 30 films and has worked with scores of aid organizations around the world, says Griffiths. From 2010 to 2016, the nonprofit’s aid grantees reported raising more than $10 million using the materials donated to them.

Among the beneficiaries of Ripple’s portfolio is StoveTeam International (STI), a nonprofit based in Eugene, Ore., that helps Central American entrepreneurs establish factories that produce safe, affordable, fuel-efficient cookstoves so people don’t have to use dangerous open-cooking fires. StoveTeam featured Ripple’s photos and a video on its website and in various presentations. In 2017, the photos inspired National Geographic to do an article about STI, “which resulted in national and international recognition of the value of our work and an increase in the number of volunteers who have come with us on trips for our projects,” says Nancy Hughes, founder and president of the board. “We’re a tiny organization — there are only three of us — so it’s been very helpful to have these photos. The recognition and credibility they’ve brought to our work has been incredible.”

Griffiths spent time this year in Tanzania with women who face formidable obstacles involving health, safety and energy, among other issues, but who also have great pride and determination. “They’re learning to become electricians and to build chimneys and about clean-cooking technology — and they go out every day and bring that to other people,” Griffiths says. “They become heroes and they’re making money and inspiring other women.”

Seeing that kind of positivity in action is one of the most meaningful aspects of Ripple Effect Images, Griffiths says. The women she has photographed “are smart, resourceful, incredibly hardworking survivors who hold families together in even the harshest situations — and they share information and pay every opportunity forward to their children, their friends and their communities,” she says. Meanwhile, “the great gift that photographers give Ripple is they allow us to continue to use their work to empower women.” Those are potent ripple effects, indeed.