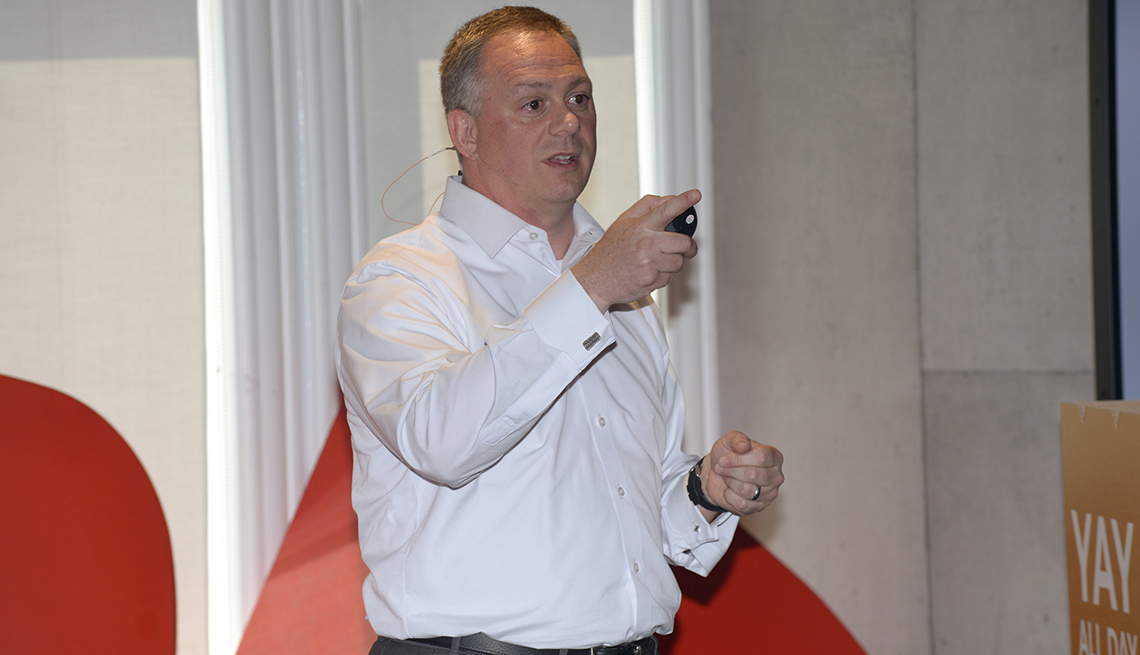 As senior vice president, innovation and product development, I spend a lot of time on the hunt for the next big idea that will change our members’ lives in meaningful ways. And while that often means partnering with cutting-edge tech companies or helping to refine one of their projects in our start-up incubators, it is just as important to work within the organization. That’s why we foster a culture of innovation.

Of course, to encourage innovation, it is important that employees know what it actually entails, whether or not the word is in their job title. In my view, it means to think differently, to gain empathy, and to always challenge the status quo.

You’ll notice I didn’t say “create long lists of cool new ideas and send them to the boss.” While I’m as big a fan of the office whiteboard as the next guy, at least until some really advanced 3-D printers come along, I think that innovation ultimately means raising the bar a little higher than the conventional brainstorming session.

The next great project might indeed start with a crazy-sounding idea (see: think differently, below), but that idea on its own means little if we don’t have the nuts, bolts, staff and time to carry it out. Ideas need to be housed within the four sturdy walls of reality; they need mocking up, fleshing out, and honing to the point of obsessiveness. With a focus on execution in mind, let me explain the kind of culture I believe will sustain both our mission and our bottom line, far into the future.

This isn’t about who cares the most — many of our employees care deeply about the people whose lives they’re trying to make healthier, wealthier, or more enjoyable. But the biggest factor in determining if a company becomes an innovator or a dinosaur is whether it can think from the outside in instead of the inside out. If we’re going to create great new products and services for our members, we have to know what we’re solving for — not who out there might possibly want something we came up with on our own. In the most fundamental way, we have to know what our audience needs and who they are. Innovation means walking a tightrope in terms of aiming to meet the needs of members today and anticipating the possibly very different needs of members of the future.

Innovation in your job probably won’t mean designing a prototype for a new tech product in a design lab (though we’re working on that). But it could mean something just as valuable: creating a streamlined process or procedure, or finding a data set that reorients an entire program for the better. However, to come up with those organization-boosting, money-saving, mission-embracing steps forward, you often need permission to think differently. I think innovation only happens when people are pushed to solve problems in the most efficient ways and when they are given the permission to fail. (If you don’t ever fail, the thinking goes, you weren’t thinking big enough from the beginning.)

There are a million ways to do this at AARP and other organizations. It could be as small as finding a way to boost your own productivity by a small margin every day, or as “radical” as eliminating an unnecessary weekly meeting. Challenging the status quo aligns closely with creating a path for promising ideas, and lining that route with the tools needed to make ideas reality. To that end, we at AARP have created the “design sprints,” which involve bringing together small groups with different, but complementary, skill sets to solve a thematically driven challenge; say, finding the best new way to create additional member value. As valuable as design sprints can be on their own, I hope they’ll be just one piece of a cooperative, problem-solving kind of culture at AARP, and will bring us one big step closer to what I see as meeting our immense potential as an innovative organization.