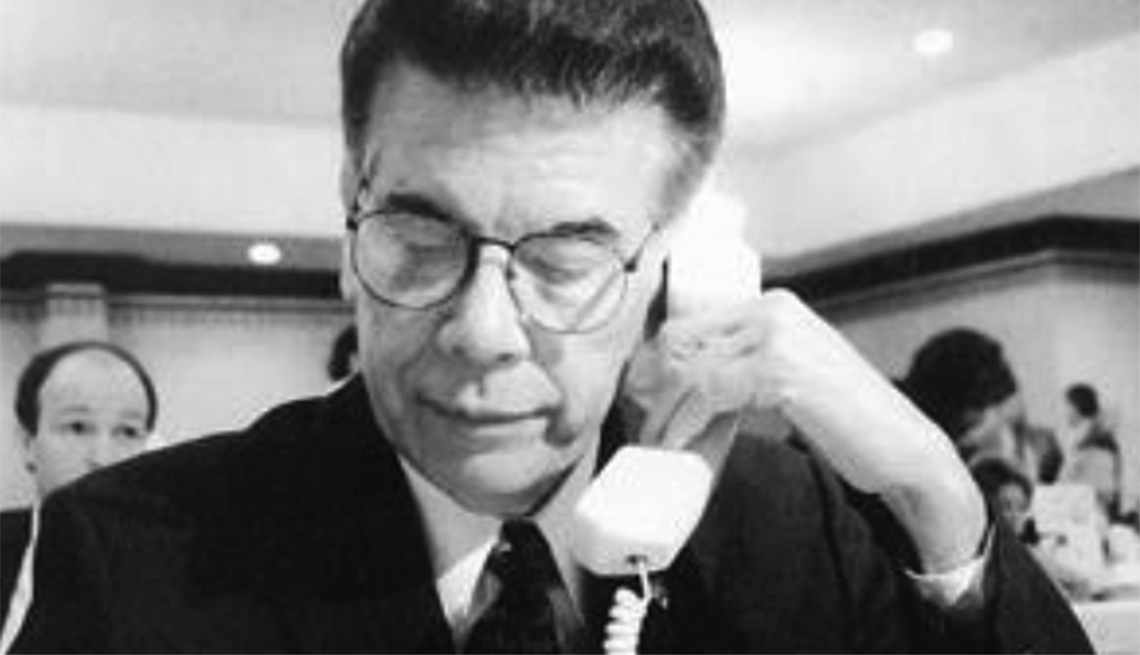 En español | Fraud schemes and scams aimed at older Americans are not unique to the “digital age.” They’ve been around from “the days of the medicine man,” as Dr. Ethel Percy Andrus. AARP's founder, explained in 1963 when she testified before the U.S. Senate Special Committee on Frauds Affecting the Elderly. Since our founding in 1958, AARP has been in the forefront of arming consumers to fight back.

Medicare has been a favorite target of scam artists from virtually the moment the program was signed into law in July 1965. In the October 1965 News Bulletin, AARP was already reporting, “Swindlers posing as representatives of the Social Security Administration are attempting to defraud older Americans by offering them a ‘special discount’ on Medicare premiums if they sign up early and pay in advance.” Sadly, the victims were paying their Medicare premium money to crooks and not the Social Security Administration.

To spread the word about broader fraud, for example, in 1966 Dr. Andrus invited the former chairman of the Federal Trade Commission to write a series of articles for AARP’s magazine about trends in consumer deception.

In the early 1970s, it was estimated that such scams were costing Americans about $4 billion a year. In 1973, AARP launched a Crime and Safety Program to help older Americans avoid becoming victims of burglary, assault and consumer fraud. “This new program provides practical pointers to help older citizens cope with violent crime, achieve a higher level of personal safety, protect their property and develop working relationships with local law enforcement officials,” wrote then-AARP President Foster Pratt in Modern Maturity.

“Nothing could be more invidious than exploitation of the aged. These pressures that plague older persons place their health in jeopardy and further deplete their reduced incomes.”

By the 1980s, AARP had established a community service program — Criminal Justice Services — to focus on keeping older persons independent in their homes and neighborhoods through safety and crime prevention activities. It brought together representatives from the International Association of Chiefs of Police and the National Sheriffs’Association to attempt to define a way to help keep older adults safe from crime. The resulting TRIAD model brought together local law enforcement professionals, community leaders and AARP volunteers to focus on preventing criminal victimization, domestic abuse and mistreatment, and mail and telephone fraud against the elderly. The first TRIAD agreement was signed in 1988 in St. Martin Parish, Louisiana. The model quickly spread to more than 800 counties by the early 2000s.

By the mid-1990s, telemarketing fraud was becoming America’s most pervasive white-collar crime, with an annual “take” of more than $40 billion. A special 1991 report in AARP’s Modern Maturity magazine focused on “Telefraud and Other Rip-Offs.” In 1995, a landmark survey of telemarketing fraud by AARP revealed that more than half of all victims were 50 or older — even though that age group represented less than a third of the overall U.S. population.

From 1995 to 1998, specially trained AARP members posed as victims while the Federal Bureau of Investigation and state law enforcement officials monitored calls they received from con artists. The FBI’s dramatic Operation Senior Sentinel “sting” resulted in indictments for approximately 1,000 fraudulent telemarketers, who had sold everything from vitamins and water purifiers to vacations and sweepstakes packages.

In the world of telemarketing fraud, a “boiler room” is an outbound call center where con artists conduct their “sales” calls. In the 2000s, AARP and AARP Foundation, in cooperation with various state attorneys general, staffed seven “reverse boiler rooms,” where trained volunteers contacted people whose names were on fraudulent telemarketers’ call lists seized by the FBI.

The potential victims were given information on how to recognize dishonest telemarketers and protect themselves from fraud and identity theft.

Today, AARP continues the fight against fraud, using 21st century technology to empower Americans to spot and avoid fraud and scams so they can protect themselves and their families. The AARP Fraud Watch Network, established in 2013, is a free resource that offers real-time Watchdog Alerts about the latest scams, tips on how to spot them and inside scoops on how to outsmart con artists.

Using the nationwide Scam Tracking Map, you can find the latest alerts from your state attorneys general and other local officials, read what people are reporting in your state, and report any suspicious emails, phone calls or other scams you’ve seen in your area.

Sign up to get the latest breaking scam alerts delivered right to your inbox.