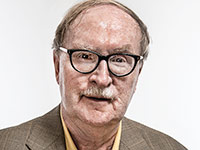 "If you diversify among large- and small-cap stocks and fixed income, the initial "safe" withdrawal rate rises to 4.5 percent." —Bill Bengen, financial planner

En español | How long can your savings last? That's a critical question if you're planning to retire or have already left the full-time workforce. You have Social Security income and perhaps a pension. Maybe you have a part-time job or are collecting rents from a property you own. But sooner or later, you may have to rely on whatever financial nest egg you have accumulated — mutual funds, bank CDs, stocks, bonds and so on. How much can you withdraw each year and still expect your money to last for life?

For financial planners, the gold standard is 4 percent. You can afford to spend 4 percent of your savings in the first year you retire. In each subsequent year, you'd withdraw the same amount that you took in the previous year, plus an increase for inflation. If you stick to that rule and are properly invested, your money should last for at least 30 years and, in most cases, much longer. You should be financially safe.

The 4 percent rule was developed by financial planner Bill Bengen of La Quinta, Calif., more than two decades ago. Looking back, it would have carried retirees successfully through the worst 30-year periods of the 20th century, including those starting in 1929 and 1973 (the year stagflation began). It's too early to know the 30-year outcome for people who retired in 2000, but Bengen says that the rule is working so far. 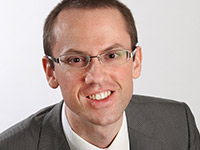 "Those who rely entirely on fixed income can safely withdraw no more than 2.5 percent in the first year, plus inflation increases." —Wade Pfau, professor of retirement income, American College

The hitch, for many retirees, is in the words "properly invested." Most withdrawal-rate research is based on the longtime performance of leading U.S. stocks, represented by Standard & Poor's 500-stock average, and intermediate-term Treasury bonds. It assumes that you keep half your money in each (or in low-cost mutual funds that track those market indexes). If you diversify — 42.5 percent of your money in large stocks, 17.5 percent in small stocks and the rest in bonds — the initial "safe" withdrawal rate rises to 4.5 percent, Bengen says.

Many retirees wouldn't dream of being that heavily invested in stocks. Some don't trust stocks at all. You're limiting your future, however, if you don't invest at least some of your long-term money for growth. Those who rely entirely on fixed-income investments can safely withdraw no more than 2.5 percent of their savings in the first year plus annual inflation increases, says Wade Pfau, a professor of retirement income at the American College in Bryn Mawr, Pa.

See also: Is an annuity right for you?

Josh Cohen, head of the institutional defined contribution business at Russell Investments in Seattle, has a different approach. He says you can use the 4 percent withdrawal rate while keeping just 32 percent of your money in stocks with the rest in bonds. After 20 years, you should still have a large enough nest egg to buy an inflation-adjusted annuity that supports you for life. 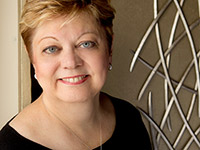 "Four percent has been a useful guideline, but it can't be the rule for everyone. Three percent is now a more realistic number." —Deena Katz, CFP, Evensky & Katz

Prepare to be nimble

But what if a 4 percent withdrawal rate isn't high enough to pay your bills? If you're 65 percent invested in stocks, says financial planner Jonathan Guyton of Cornerstone Wealth Advisors in Edina, Minn., you could safely start your withdrawals at 5.5 percent. The key is flexibility. You have to be prepared to cut back if the markets turn bad for several years — say, by refraining from taking inflation increases for a while.

Pfau, by contrast, thinks we might be entering a long period of poor performance for long-term investors, with stocks currently overvalued and interest rates too low. He advises retirees to start withdrawals at 3 percent and raise them only if the markets perform well.

All these calculations, by the way, are pretax. Whatever taxes you owe would be paid out of the withdrawals.

To make these spending rules work, stay the course. That means following the withdrawal plan and taking extra money only if markets go up for several years. If you overspend when you first retire, you should be prepared to cut spending later.

Conversely, if you sell when the market falls and miss the upturn, you're way behind. You'll have to begin again with the money you have left. You're also off the charts if you own individual stocks or funds that don't keep up with the market average. The simpler your investments, the more reliable your spending plan will be.

Jane Bryant Quinn is a personal finance expert and author of  Making the Most of Your Money NOW. She writes regularly for the AARP Bulletin.