Discover Your Strengths and Talents 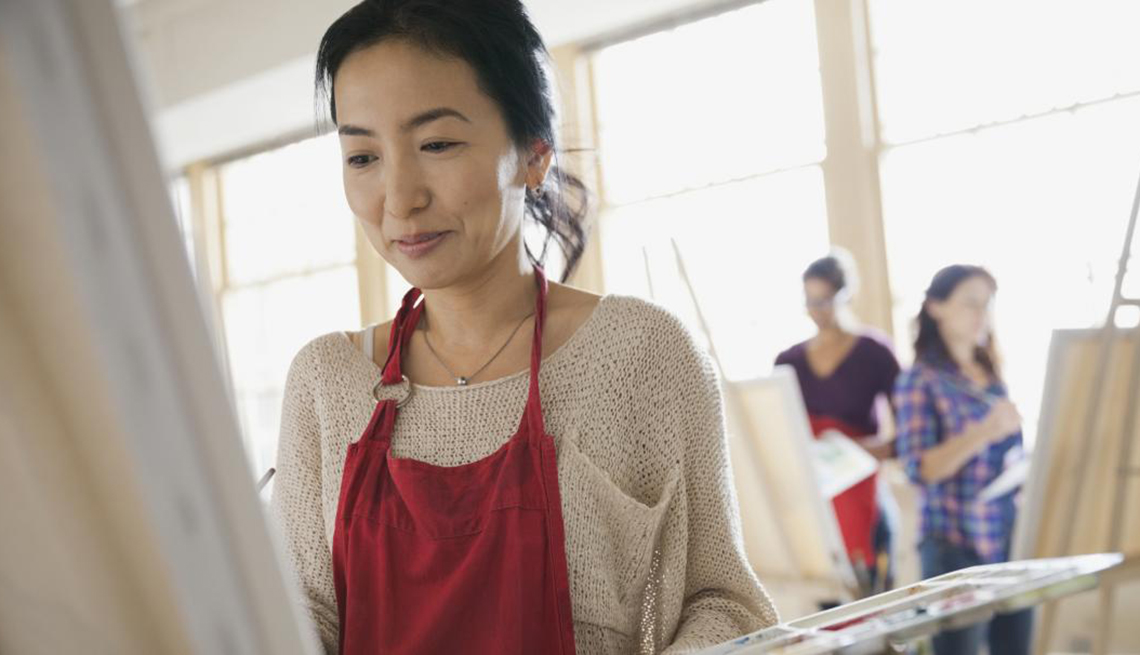 Midlife is when many people get honest about how, when and where they want to direct their energy.
Getty Images
By:
Sarah Mahoney
Nov 20, 2016

By the time midlife arrives, many people would say they’ve got a reasonable handle on their strengths and weaknesses. They know that they’re ultra-organized, or that small talk makes them cranky. And they’re probably aware of whether a looming deadline brings out their finest work or sends them running for cover. 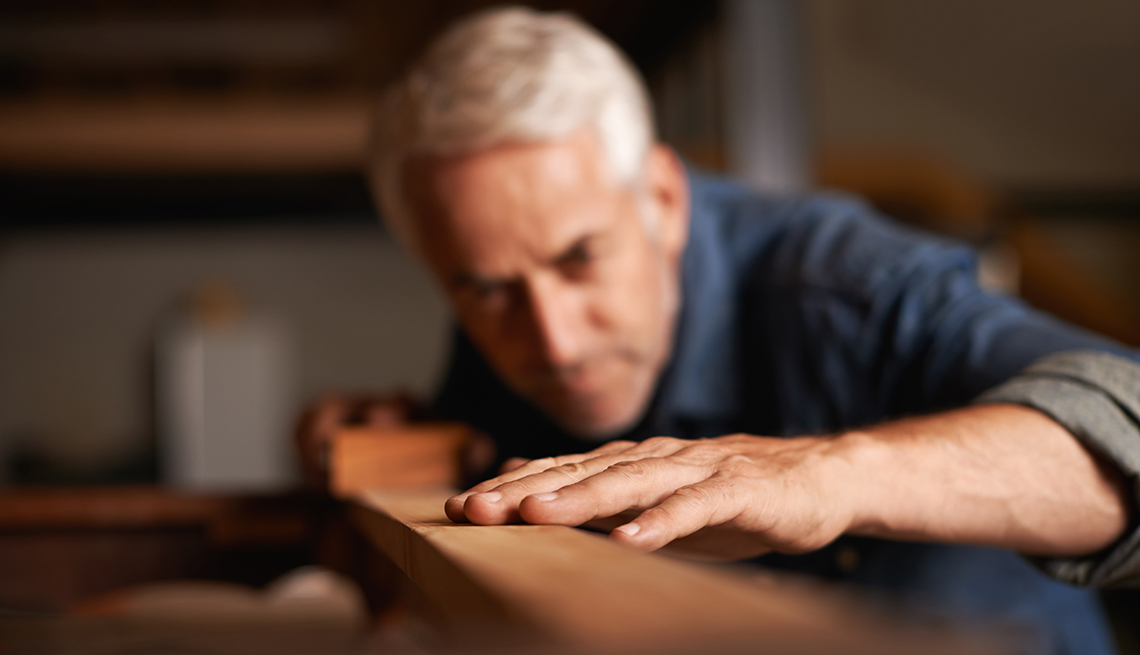 Aptitude testing can confirm a gut feeling you’ve always had, and give you confidence to contemplate a career change.
PeopleImages/Getty Images

Maybe you feel a persistent yearning to make changes in your life—but aren’t so sure about your talents, and you have nagging questions. “There are people who get into a field or career early on and never second guess themselves,” says Howard E. A. Tinsley, professor emeritus of psychology at Southern Illinois University, who specializes in leisure and vocational studies. “But others still wonder about that road not taken. And for people with multiple talents, the kind of people who could have taken a number of paths, there can be lots of questions.”

Wondering if you’re still moving in the right direction in life (or if you were ever meant to be in your field in the first place) isn’t just normal, it’s important, say experts, especially as you contemplate a second-act career or struggle to find hobbies that make you happy. Midlife is when many people get honest about how, when and where they want to direct their energy, so knowing your superpower (not to mention your kryptonite) is essential.

“People need to understand how they’re hard wired,” says Steve Greene, director at the Johnson O'Connor Research Foundation, a nonprofit aptitude-testing organization. “When you tap into your innate abilities, you feel engaged. It feels like you are in a kayak paddling with the current.”

But when there’s an inherent mismatch—an extrovert trapped in a cubicle or a math-o-phobe tangling with weekly spreadsheets—“it’s as if they’re paddling against the current. They can see that they have to work harder just to keep up with people who are naturally gifted, and it can be frustrating.”

Your curiosity about those innate strengths and weaknesses may be greater than you suspect. While Greene says roughly half of those who come to his organization are young students (ideally, he says, aptitude testing is done during middle school), the other half are adults. “Many are in their 40s and 50s. I recently tested a district attorney in her 60s. It’s a point when people are saying, ‘I do want to have a meaningful second career.’ Or they’re thinking ahead to retirement, and want a better idea of what they should do then.”

Empty nests and career plateaus can trigger this kind of soul-searching, especially about leisure pursuits, says Tinsley. “It’s not unlike kids when they start college, wondering what they should major in,” he says. “It requires asking yourself lots of questions, like ‘What kind of activities do I like? When do I feel most satisfied?’”

Your Interests Versus Your Talents

At midlife, the disparity between what interests you and what you excel at matters less. At 20, it’s critical to know that a passion for singing won’t build a career unless you have genuine talent. Greene says many people in their mid-20s come to vocational counseling after their first career choice—the one they were most interested in—turns out to be a lousy fit.

“But when you’re sizing something up as a new hobby in midlife, that isn’t so important,” says Tinsley. “I live in a town that has a small orchestra, and most likely none of the people in it play well enough that they could have been professional musicians. But that doesn’t mean they can’t find the experience deeply rewarding. One of the big advantages of midlife is that you have an option to dabble in things, without it mattering whether you’re any good at it.”

Acting on your superpowers, even in a casual way, can open doors, Greene says. “I worked with a woman who was a college admissions director, and pretty happy,” he recalls. “Testing revealed that she had an uncommonly strong aptitude for design. When she and her husband relocated and she started a job hunt, she took an interior design class, thinking it would just be a time filler. But after a week of classes, she was hooked, and has since shifted to a full-time design career. “She knew she’d found a better fit, and has never looked back.”

There are plenty of famously late bloomers who took decades to stumble into their most powerful skill sets: Ray Kroc launched McDonald’s at age 53 and Laura Ingalls Wilder was in her 60s when she published Little House in the Big Woods.

Wondering where to begin? Certainly, professional testing is one option. “People come away with objective information about their aptitude patterns, not just single skills,” says Greene. For instance, there are people who are great with numbers, he explains, but also people who are good with numbers and have high levels of idea production. “So one might thrive as an accountant, and another as an investigative financial reporter.”

While often there aren’t big surprises in the test results—people who aren’t good at selling likely figured that out well before midlife—ancillary or secondary aptitudes and skills, like leadership or music or thinking three-dimensionally can emerge. “And when they’re unused, they can be sources of restlessness and dissatisfaction,” Greene says. Testing can confirm a gut feeling you’ve always had, and give you confidence to contemplate a switch.

If you decide to pursue testing, “check in with local colleges and universities,” Tinsley recommends. “They are often training grad students to administer vocational tests and can do it pretty cheaply.” And don’t rule out a simpler way: Ask friends and family members to be frank and tell you what they think you’re best at. Women, he says, are especially likely to sell themselves a little short. A friendly reminder about past successes where your powers shone through to others, even if you’re less aware, can launch you toward new endeavors.

And when aptitude-test results do reveal unconsidered possibilities, this kind of self-discovery often leads to subtle tweaks rather than major upheaval. “People in midlife are often focused on financial responsibilities, like paying the mortgage, and big career shifts are pretty challenging,” Greene says. “But they can make incremental shifts in their jobs and avocations that do make them feel more fulfilled.”

Finally, Greene cautions, don’t let anyone discourage you from pursuing something you’re passionate about. “We never say, ‘You can’t do this’ or ‘You can’t do that,’ because you don’t have the aptitude. You’re just going to have to work harder.”

For Tinsley, the most important part of your quest to discover unused talents, interests and aptitudes is to consider your search as a journey, not a destination— no matter how clichéd that sounds.

“There just isn't going to be a final answer. We may find a pursuit that is deeply engaging for two or three years, and then something else calls to us.” Most people, he says, are at their best when they simply try to be open to new avenues. “A lot of people who seem to be happiest and most content are those who allow themselves to evolve.”