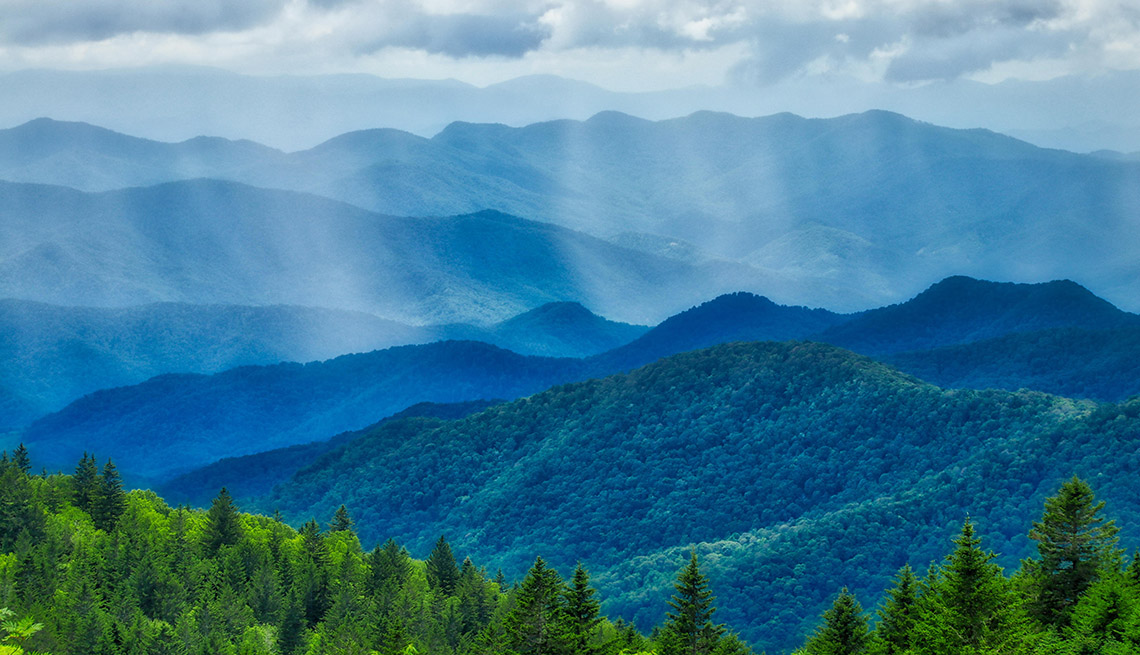 Aerial view of the Appalachian Mountains

En español | While hiking in the Appalachian Mountains, you often arrive at vista points from which you see nothing but rolling, forested mountains for miles in every direction. That’s because the Appalachians form one of the few contiguous wilderness areas east of the Mississippi River. I wasn't prepared for such isolation on my recent summertime vacation here, but I greeted it happily.

I was finally exploring a place I’d wanted to see for years, drawn by the deep broad-leafed forests, abundant creeks, waterfalls and granite outcroppings, a rich tapestry that spreads across Tennessee and North Carolina and as far north as Newfoundland. Yet years of carting camera gear had made me leery. Having reached a certain age, I wasn’t eager to lug a 60-pound-plus backpack full of equipment as I negotiated the narrow chutes and clambered up the root-strewn inclines that make this region so mystical.

But then I learned that you can hike with porters in the Appalachian Mountains — like those who carry hikers’ gear on peaks like Mount Everest — and was sold. Friends and I signed on with the Wildland Trekking Company’s porter-assisted backpacking trip in North Carolina’s Pisgah National Forest. We set off on the Art Loeb Trail, a 30.1-mile journey that ascends the rolling mountaintops through the Shining Rock Wilderness toward Cold Mountain, the region made famous by the 1997 Charles Frazier novel of the same name. Our trailhead, about an hour from Asheville, led us through goldenrod meadows to Black Balsam Knob and the 6,040-foot Tennent Mountain. At one point we ducked through a tunnel of arching rhododendron bushes, their pink flowers just starting to fade.

As a Pacific Northwest resident, I feel a certain ownership of the rhododendron, one species of which is the state flower of Washington state. That is, until I disappeared into another 25-foot rhodo tunnel. This waxy-leaved evergreen clearly thrives here; on the first night of camping, I discovered that my tent has been erected under a rhododendron grove. We have multiple rhodie shrubs in Washington state, but no rhododendron forests like this. Respect was due. 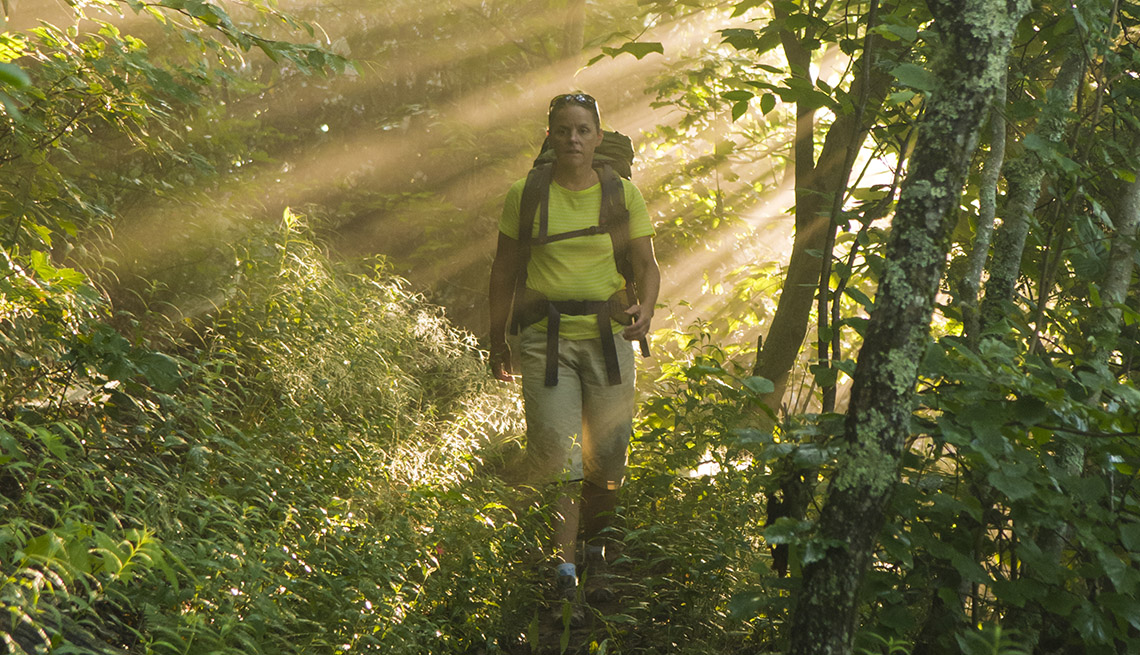 At our campsite, chairs and provisions were waiting for us. Kyle, our guide and Wildland Trekking’s Ashville manager, set about preparing a snack of cheese and crackers. We settled into camp life and the prospect of three days spent deep in the wilds of Appalachia.

After a dinner of pasta puttanesca, garden salad and bread, we took the short 20-minute walk to Shining Rock, a small quartz outcropping that had glimmered visibly from the Blue Ridge Parkway when we passed it this morning. We easily scrambled up on top to watch the low clouds form the haze that gives the adjacent Great Smoky Mountains their name.

Once again, there was no evidence of civilization to be seen, just verdant arboreal fabric spread over what most geologists consider some of the oldest mountains in the world. The next day we’d hike at a leisurely pace toward Cold Mountain, take in views of Mount Mitchell — at 6,684-feet, the tallest peak in the entire range — and pause to photograph wild columbine, brilliantly lit orange fungus and waterfalls that, like their witnesses, flourish within the Pisgah Forest.

Whitewater rafting provides another opportunity to disappear into the wilderness without having to haul your provisions. The Middle Fork of the Salmon River draws whitewater rafters and kayakers to Idaho’s “Frank Church ‘River of No Return’ Wilderness” through the warm months. I joined several multigenerational families on a six-day rafting flotilla along the Middle Fork of the Salmon River with guides from O.A.R.S. rafting tour company. We bopped and bobbed through scores of rapids rated from intermediate to advanced. We also set out on daily canyon hikes and shared a dip in the Sunflower Hot Springs, a nice warm-up after getting splashed all morning by the 60-degree river. The guides kept everyone happy with elaborate fireside dinners that included grilled sirloin steaks and wild caught Chinook salmon. Best of all, you can choose to paddle your own kayak for part of the day to tackle the rapids or just float beneath the sun.