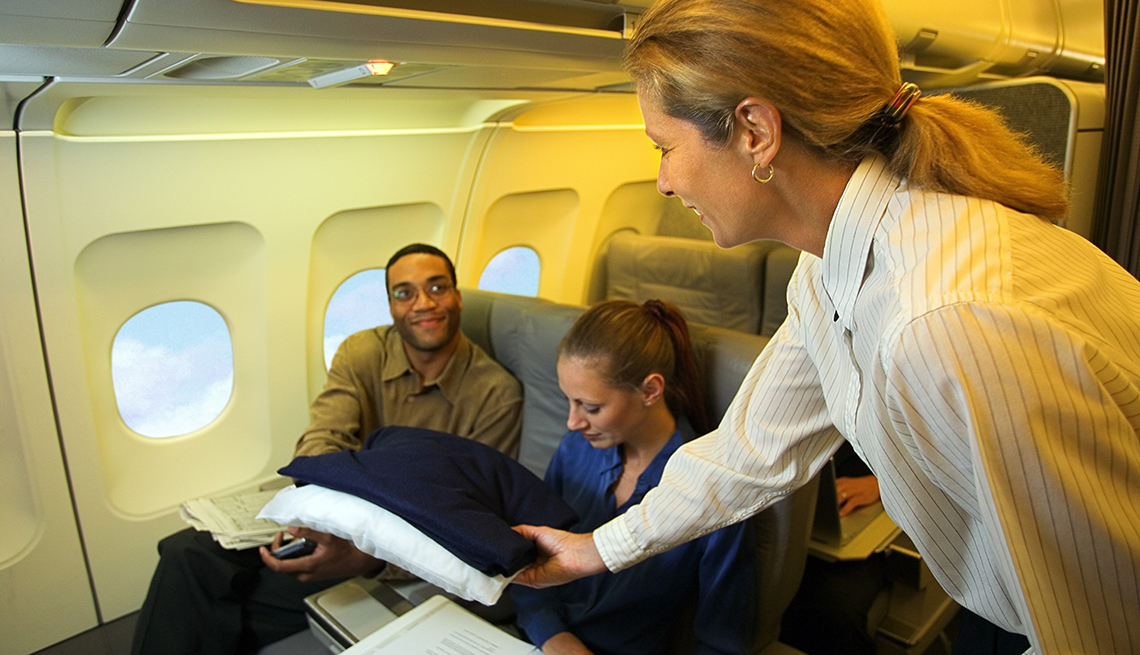 En español | You wouldn’t believe it by reading or watching news reports lately, but customer satisfaction levels for North American airlines have never been higher. That’s according to the annual J.D. Power North America Airline Satisfaction Study, which shows an upward trend in airline traveler happiness that stretches back five straight years.

Given the recent spate of negative incidents involving airlines — including the instantly infamous drag-out of a passenger from a United flight last month, the melee involving customers angered by the cancellation of Spirit flights in Fort Lauderdale, Fla., and several incidents involving stowaway scorpions (yikes!) — the news that air travelers are actually more satisfied than ever sounds surprising.

But the new study found that fare cuts, better on-time performance, fewer instances of lost luggage and lower bump rates have raised satisfaction levels to their highest ever.

That doesn’t mean everything is peachy keen in the skies, however. Michael Taylor, travel practice lead at J.D. Power, noted that the recent events show that airlines still have a lot of room for improvement when it comes to consistently delivering to their customers. “Airlines still rank among the bottom tier of most service industries tracked by J.D. Power,” Taylor said, “far lower than North American rental car companies or hotels.”

Alaska Airlines took the crown as the highest-rated traditional carrier in the study, the 10th straight year it has led the field in that category. Delta, American, United and Air Canada followed in the rankings. Last year, United came in at the bottom of the traditional carrier customer satisfaction ratings.

In the low-cost carrier category, Southwest Airlines edged out JetBlue to take the top spot, followed by WestJet and Frontier. Overall, low-cost carriers garnered higher overall satisfaction ratings than traditional carriers. This year’s numbers, however, showed that gap decreasing. Indeed, it’s becoming harder to distinguish between the two categories, as traditional carriers now feature many of the surcharges (luggage, snacks, etc.) that were once the sole domain of the low-cost options, and smaller airlines now offer pricier options, such as JetBlue’s Mint premium seating on coast-to-coast routes.

The study also found that for airlines, social media can be a double-edged sword. On the one hand, it empowers customers to voice complaints and — in the cases of the United drag-out incident and the Spirit brawl — distribute viral videos of airline service at its worst. On the other, it provides a quick and direct way to communicate with customers of both the happy and unhappy variety. In fact, an airline’s willingness to engage with customers on social media was one of the key drivers of the uptick in customer satisfaction: Any time an airline responded to a customer’s social media post, be it positive or negative, the study found a significant increase in passenger satisfaction.