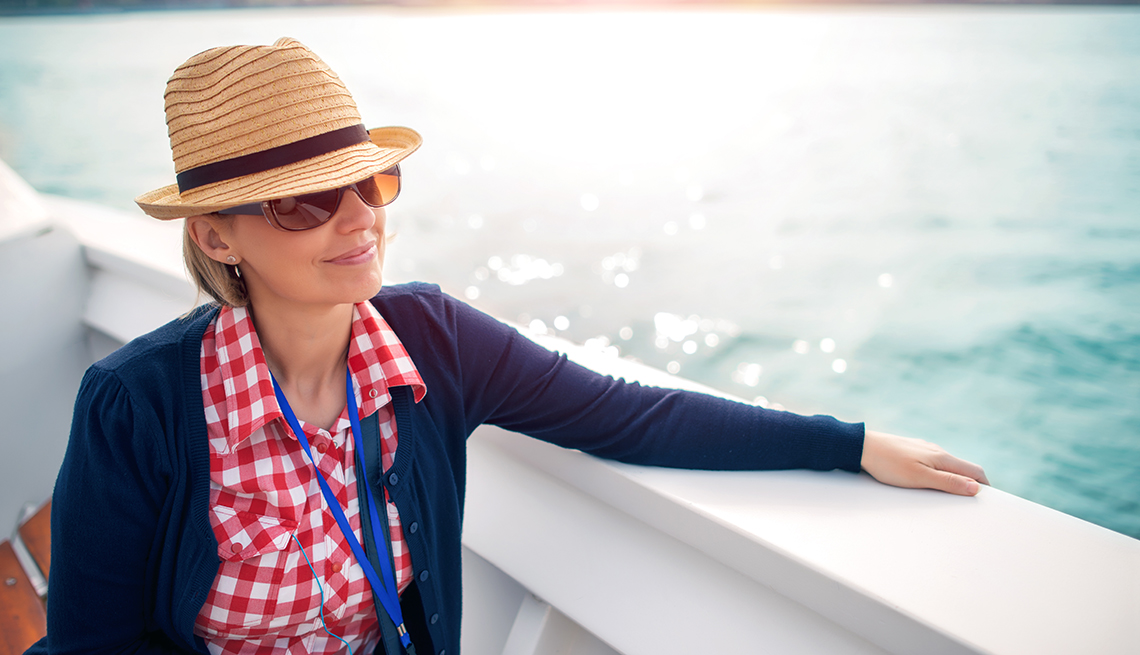 En español | Just because you can’t get a pal or spouse or family member to travel with you, doesn’t mean you shouldn’t explore the world. That’s the thinking of the increasing number of people who are deciding to travel alone.

“If you ask any tour company, they will say the number of single travelers is growing by double digits” in the last four or five years, says Janice Waugh, publisher of Solo Travel, an online resource for single travelers.

The surge in solo travel is being fueled in large part by boomer women, who don’t want the lack of a partner to keep them home, says Stacie Fasola, associate vice president of public relations for Road Scholar, which offers small-group educational tours for people over age 50. Fasola adds that women who are now traveling alone “are more adventurous than their predecessors. Many of them traveled solo when they were younger, studying abroad for example, and they are interested in continuing to do that and see the world.”

And more tour companies are working to accommodate them. Overseas Adventure Travel (OAT), another tour company for travelers over age 50, welcomes single travelers at no extra cost on its land and many small-ship tours. Since 2017, OAT has hosted 25,000 solo travelers and recently added 500 more single spots on its tours “because we can’t keep up with the demand,” says Effie Duplessis, the company’s vice president of brand marketing.

Some people who consider traveling alone have concerns. Here are a few.

The biggest hurdle for solo travel remains the “single supplement,” an extra charge for those not traveling in pairs that can add thousands of dollars to the cost of a trip — especially on cruises.

Many hotels, resorts and tour groups add an often-substantial single supplement for solo travelers, but cruise lines routinely charge even more, requiring single travelers to pay for two for any cabin they book. Only recently have a few cruise lines begun setting aside rooms for solo travelers on some of their ships, but the “per person double occupancy” rate tends to prevail.

“Until hotels and cruise ships start offering 100 percent single rooms or single cabins, that will remain one of the biggest challenges for single travel. [The solo traveler is] paying the same rate you are paying as a couple or a family,” says Fasola.

But there are ways to get around that extra charge. If you wait until cruise lines lower the cost of their trips to fill cabins that haven’t sold, you can save enough to make the double room charge affordable.

Another way solo travelers can avoid a single-supplement charge on group tours is by agreeing to be matched with a like-gender roommate (G Adventures and ElderTreks are two that will match you for no fee) or booking with a tour company such as OAT (see above) that has a business model that includes single travelers at no extra charge. And some companies that charge a single supplement will drop it close to departure if they have unfilled tour spot.

Discuss: What are some of the best destinations for solo travel?

Some singles are still hesitant to travel solo, citing concerns about being lonely or having no one to eat with, and feeling more vulnerable to crime.

Fasola says group travel answers those concerns because a solo traveler “can go anywhere in the world and share the experience with like-minded people.” And, of course, you’ll feel safety in numbers.

Cruise lines frequently host gatherings where solo travelers can hook up with other solos, and offer group tables for dinners. If you're traveling alone on land, without a tour group, Waugh says, “You can join a cooking class that ends up in a meal, or go to a restaurant with communal tables.”

“I used the official Meetup app to find a lunch group of diverse women in Dublin, Ireland, when I was traveling alone,” Devine says. “There are meetup groups all over the world now, and you can look them up to find something interesting to do in a location. Book a trip and travel by yourself. I promise you won’t be lonely.”