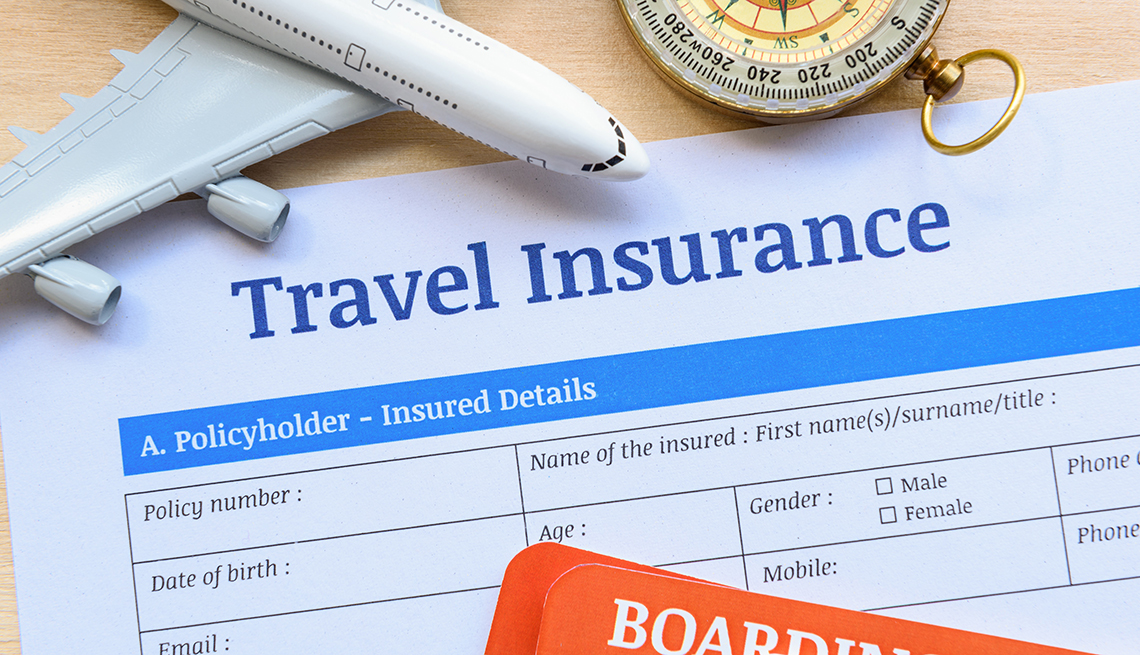 A travel insurance policy can protect you if your trip is canceled due to severe weather.

En español | A new hurricane season has begun. And for travelers, it comes with concerns about potential vacation disruption.

The National Oceanic and Atmospheric Administration (NOAA) says it expects 10 to 16 named storms — those with winds of 39 mph or greater — and five to nine hurricanes. But all it takes is one big one to make travel impossible and planned accommodations off-limits.

Last season's 10 hurricanes from June to November — including the disastrous Harvey, Maria and Irma — resulted in closed cruise ports, airport shutdowns and slammed major tourist destinations, such as Key West, Fla., and the Caribbean islands of St. John and Puerto Rico.

How can you protect yourself and your vacation plans? Take these tips from the experts.

If you’re planning an East Coast beach getaway or a cruise in or near the Caribbean, know that the peak of hurricane season runs from mid-August through mid-October. That's when Category 3, 4 and 5 hurricanes are most likely to hit — and also why it’s a prime time for big cruising discounts. Don't get seduced by deals unless you understand that they come with a higher risk for weather-related trip disruptions.

Cancellation of a cruise because of a hurricane is rare, says Colleen McDaniel, senior executive editor of the Cruise Critic website, but it does happen. When cruises were canceled in Irma’s immediate aftermath in the summer of 2017, the major cruise lines offered customers full reimbursements. But itineraries may only be tweaked when tropical storms hit, as cruise lines are quick to move ships out of harm's way. “The cruise line might say, ‘Hey, we’re not going to be stopping in St. Thomas today, we’re going to be stopping in San Juan,’ ” McDaniel says.

If you choose to travel in a hurricane-prone zone during peak time, and if you have important events afterward (a wedding, for instance), include a few buffer days in case you get delayed.

There are certain areas more in the danger zone than others. If you truly want to lower your chances of your vacation being derailed by a storm, consider avoiding the most vulnerable areas in the U.S., which according to NOAA are Miami and Cape Hatteras (on North Carolina's Outer Banks). They each have a 48 percent chance of being hit by a tropical storm or hurricane in any given year. Not surprisingly, San Juan, Puerto Rico, and New Orleans also are high-risk areas.

That said, the odds that a storm will arrive during your week or two of vacation there are still relatively low.

If you know the risks and still want to travel in these areas during hurricane season, travel experts recommend purchasing travel insurance. Policies can be bought through cruise lines, home rental agencies, travel agents or online travel-insurance comparison sites, or directly through companies such as Allianz or Generali. The two main factors that determine the cost of a policy are the cost of the trip and the age of the traveler, says Stan Sandberg, cofounder of TravelInsurance.com.

A basic policy will usually be about 4 to 10 percent of the cost of your trip, according to Sandberg. Older travelers will pay more because health risks rise with age and cancellation for medical reasons is typically part of the package, as well as things like terrorism, the death of a family member and job loss.

Most basic travel insurance policies reimburse you for your nonrefundable prepaid travel costs if you have to cancel before your departure — but only for certain reasons. Typically, they only cover cancellations due to severe weather such as a hurricane if the storm directly affects your destination and causes serious disruption to the trip.

You won’t be covered if the weather simply looks threatening. “There are a few providers that do have trip cancellation coverage that would include a hurricane warning by NOAA that would impact your destination,” Sandberg says. “But for the most part, the standard plans will just provide for cancellation and interruption and trip delay when [your trip is] directly affected by a hurricane.”

To protect your trip investment from absolutely anything — including changing your mind about going — buy a policy with a "cancel for any reason" (CFAR) upgrade, Sandberg says. You’ll be reimbursed for up to 75 percent of the total trip costs if you bail out for any reason at least 48 hours before your departure date. It typically adds 30 to 50 percent to the regular premium. (So if the basic policy is $100, you’d pay $130 to $150 with the CFAR upgrade.)

1. If you want travel insurance, buy it early. Once storms are predicted, it’s too late. (Insurance, of course, is for unforeseen problems.)

2. Read the policy's fine print. Look at what it actually covers so that there are no surprises later.

3. Consider booking through a travel agent; a good one will know which policy would be best for your trip and can also help you with reimbursement logistics if a problem arises.

4. Take your time. “Never feel pressured by anybody to pick a travel insurance policy simply because they’re pushing it hard,” McDaniel says. “Do your homework and make sure you choose the right policy for you.”

5. Cruise Critic has a "Hurricane Zone" message board if you want to plug into discussions about cruising during hurricane season.