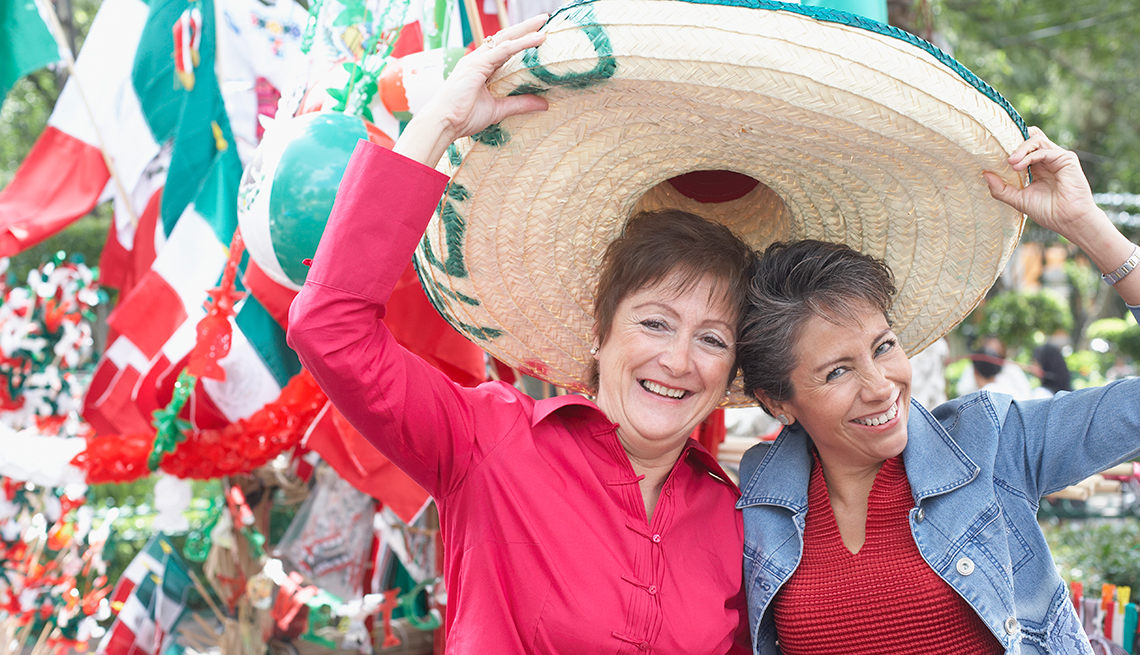 Ten tips to make your vacation a fiesta vs. a fiasco

En español | The image of Mexico as a dangerous country with a drug cartel on every corner is far from the truth. The government puts a priority on making tourist areas safe. Still, it's never a bad idea to take a few precautions — before you leave and while you're traveling — to minimize the chances of something going wrong.

Drug runners, carjackers and kidnappers are active in a number of areas, which caused a spike in 2016 homicides and prompted the U.S. State Department to issue a travel warning for certain locales. (Get the latest updates at travel.state.gov.) When it comes to personal security, there's a world of difference between, say, Acapulco (which U.S. government employees may now visit only on official business) and Cancun's well-secured hotel zone. Typically, areas such as the Riviera Maya south of Cancun — as well as inland cities popular with Americans, including San Miguel de Allende, Guanajuato and San Cristóbal de las Casas — are considered low risk. The tourist areas of Cabo San Lucas in Baja California also belong in this category.

2. If you're a trepidatious traveler, consider an all-inclusive resort or a cruise

In addition to having a single fee cover all your meals, most alcoholic beverages and most activities, all-inclusives typically allow only guests and employees inside a gated area. And cruise ships generally call at well-guarded ports.

3. Think twice about renting a car

Driving can be risky in Mexico. It's possible to be stopped by police demanding bribes, slangily called mordidas (Spanish for "bites"). If that happens and you don't want to pay, act as if you don't understand. Alternatively, politely ask to follow the officers to the police station. Chances are, they'll move on to another victim. The State Department strongly recommends buying auto insurance in Mexico that includes bail. If you're involved in a serious car accident, both drivers can be detained — and even jailed — until fault is determined. Also, most experts advise against driving at night, given the greater chance of robbery, carjacking or hitting an animal (or even a person) on a dark road.

4. Monitor what you eat and drink

Whether it's the mild inconvenience of turista (traveler's diarrhea) or a more serious case of food poisoning, no one wants to spend their vacation in the bathroom. To head this off, drink only water that you know has been filtered or purified. Water in a bottle with an unbroken seal is safest.

The U.S. Centers for Disease Control and Prevention (CDC) advises eating food that is cooked and served hot. That means you should avoid salads or uncooked vegetables, which could have been rinsed in contaminated water or prepared by someone who didn't properly wash their hands. It's not a bad idea to stick to fruit you peel (such as bananas). Avoid ice unless you're sure it was made from filtered water. Wash your hands often, or pack some hand sanitizer.

To stave off the effects of contaminated food or drink, the CDC advises Mexico travelers to get a hepatitis A vaccine. It also suggests a typhoid vaccine, especially for adventurous eaters and those traveling to small cities or rural areas. Bring an over-the-counter antidiarrheal medicine. Savvy travelers should also carry an antibiotic, such as Cipro, to treat a debilitating bacterial attack. And if you do get sick, take care to stay hydrated in order to avoid hospitalization and possible IV treatment.

Should you require emergency medical attention, it's not unusual for a doctor or a hospital to demand payment in cash. The peso is the official currency, but U.S. dollars are often accepted.

6. Leave the bling at home

Flaunting costly watches and jewelry is an invitation to be relieved of them.

7. Be cautious of cabbies

Try to use only taxis that are official. If in doubt, ask a front desk staffer at your hotel to call a cab or have a restaurant call one. Before you get in the vehicle, ask how much the trip will cost; again, hotel and restaurant staffers should be able to give you an estimate. Cabs aren't always metered, so if a quoted fare strikes you as unreasonable, bargaining is worth a try.

This is a good rule of thumb no matter where you travel, but with poverty rife in Mexico, iPads, diamond earrings and pricey headphones make tempting targets. And, of course, always stash your passport in your hotel's safe (room or front desk).

9. Pack a copy of your passport and credit cards

Keep tabs on credit- and debit-card transactions; fraudulent charges or withdrawals can be a problem, the State Department reports. Learn the location of the nearest U.S. embassy or consulate beforehand in the event that you need help.

Keep your wits about you. Never accept a drink from a stranger, and be wary of unsolicited attempts to befriend you. That said, be reassured that the overwhelming majority of Mexicans are friendly and hospitable to Americans — even in the wake of recent friction between the two governments. "Everyone we've encountered has been welcoming," says Wisconsin native Laura Bly, who lives part of the year in San Miguel de Allende. So clap in time with every mariachi band — and enjoy your stay.