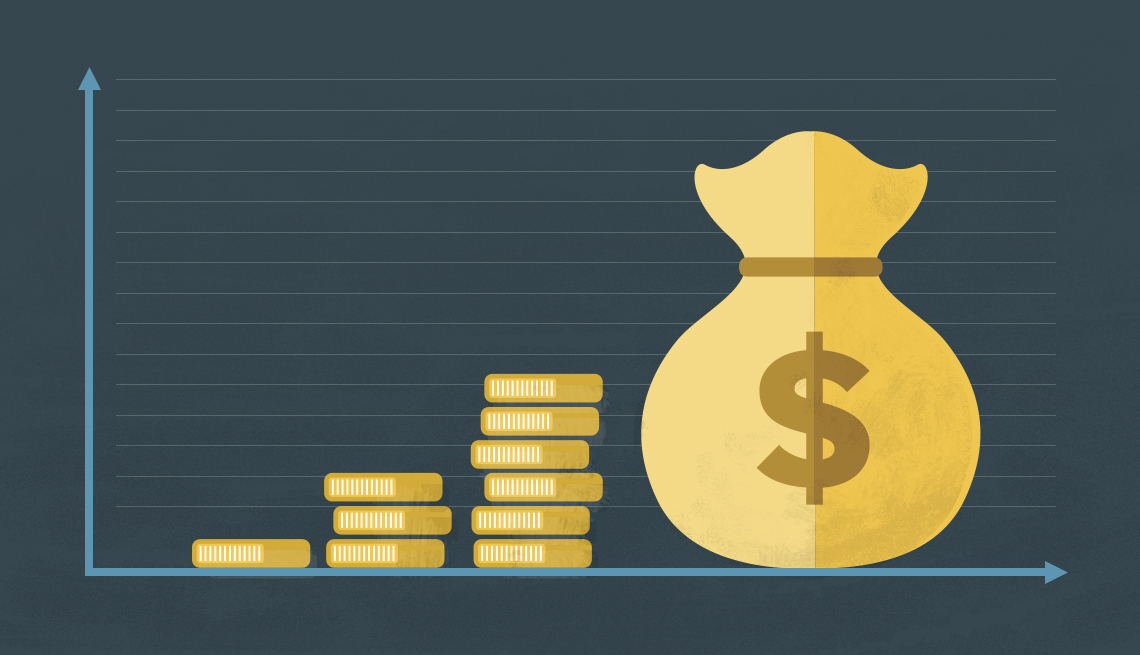 En español | There’s a lot to love about having a guaranteed source of income for life. It gives you protection against running out of money and a greater ability to ride out the stock market’s ups and downs. It might even lift your mood: Research has found that retirees with a predictable source of funds, such as Social Security or a pension, are happier than retirees who don’t have guaranteed income.

Don’t have a pension? Want additional regular income beyond what you can get from Social Security? That’s where an annuity comes in. Here are five things you need to know before you buy one.

Stripped to the basics, an annuity is a deal with an insurance company. You turn over a sum of money; in exchange, you collect guaranteed income to help with your retirement. The size of your monthly check is determined largely by your age and sex and the interest rates when you buy the annuity. Now, for example, a 65-year-old man paying $100,000 for a single-premium immediate annuity (also known as a lifetime annuity) could get about $565 a month for life; for the same amount, a 65-year-old woman could receive $542 a month. (Insurers set women’s payouts lower because of their longer average life span.)

But annuities aren’t all basic. They come in many varieties — variable, fixed, equity indexed and more. Some can help defer taxes; others allow people to invest in stocks and bonds while protecting against steep losses.

2. They require a commitment

As nice as guaranteed income is, you may balk at tying your money up in an annuity. “The one thing that consumers get about annuities is that you’re handing your money over to someone,” says Jamie Hopkins, director of retirement research at Carson Group, a financial advice firm. “And the single biggest thing people don’t like is giving up control.”

Avoiding that outcome is possible — at a price. The man could buy a lifetime annuity guaranteed to pay out for at least 15 years, even if he dies before then. In that case, his beneficiaries would collect for the remainder of the 15 years, but the annuity’s monthly payout from day one would be lower than that of a lifetime annuity without that guarantee.

Even a willing commitment has hazards. Money spent on an annuity is money you can’t get at, or can access only at great expense, in an emergency. Steve Vernon, author of Retirement Game-Changers, suggests putting only enough in a single-premium immediate annuity so the annuity and Social Security cover your basic living expenses. “Invest the rest of your money,” he says, “and draw that down systematically to spend on travel, hobbies and spoiling grandkids.”

3. You need to know what you want

Annuities are sold sometimes as a source of retirement income and sometimes as a way to invest in the market and manage taxes. Decide why you might buy one. Do you want income now (and thus want an immediate annuity) or later (deferred)? Do you want a predictable payout (fixed income) or payouts that rise or fall with the financial markets (variable)?

If you’re on the cusp of retirement and your goal is to create a pensionlike, guaranteed income, you can ignore the noise and simply buy a single-premium immediate annuity.

If your goal is to invest, you have other options. The fastest-growing annuity nowadays is a fixed indexed annuity. You put your money in and you get a return linked to (though not necessarily matching) the performance of a market barometer such as the Standard & Poor’s 500 index of large U.S. stocks. Generally, your investment is protected if the index declines, while your gains might be lower than that of the actual index.

With a variable annuity, you pick from a menu of stock and bond funds and let that money grow tax-deferred. You can add on features (called riders) that protect your principal or let you lock in a minimum income, usually with what’s called a guaranteed lifetime withdrawal benefit (GLWB). And in most cases, your heirs can inherit a death benefit.

For retirement advice and more, get AARP’s monthly Money newsletter.

4. Safety comes at a cost

The price of this protection can be high and tough to tease out. Basic fees, plus the cost of a GLWB rider, might add as much as 3 percent annually. So if you invested $6,000 annually in a variable annuity that returned 7 percent per year before expenses were deducted, you’d have about $75,000 in your account after 10 years. But with a mutual fund charging, say, 0.2 percent annually, the same market performance would leave you, after expenses, with $87,700.

Limits on fixed-indexed (sometimes called “equity-indexed”) annuities are another cost. If an insurer caps annual returns of an S&P 500-linked annuity at 6 percent, that’s the most you’d earn in a year — even if the S&P gains 19 percent (as it did in 2017).

And if you want to get out of a fixed-indexed or variable annuity, you might pay a hefty “surrender” charge, particularly in the first years after buying it.

Still, such an annuity with a guaranteed benefit might be a good choice if you can’t stand risk. “For the person who won’t buy anything other than CDs and bonds, get a variable annuity with a GLWB rider,” Hopkins says. “The likelihood is that it will outperform CDs and bonds.”

5. The seller — and salesperson — matter

Shop for single premium immediate annuities at sites such as ImmediateAnnuities.com or IncomeSolutions.com, which have quotes from various insurers. Pick an insurer with a high grade (say, rated at least A- by the firm A.M. Best). “All you need to know is the credit rating and payout,” says CPA Mike Piper, author of the Oblivious Investor blog.

Comparisons are tougher for a fixed-indexed annuity or variable annuity, but be sure to understand the fees and surrender charges that you might face. Both Vanguard and Fidelity offer relatively low-cost variables.

Finally, if a financial adviser suggests buying an annuity, ask what your alternatives are. “A variable annuity will be the only tool in the shed,” says Breanna Reish, a certified financial planner in Riverside, Calif., “if they only sell variable annuities.”