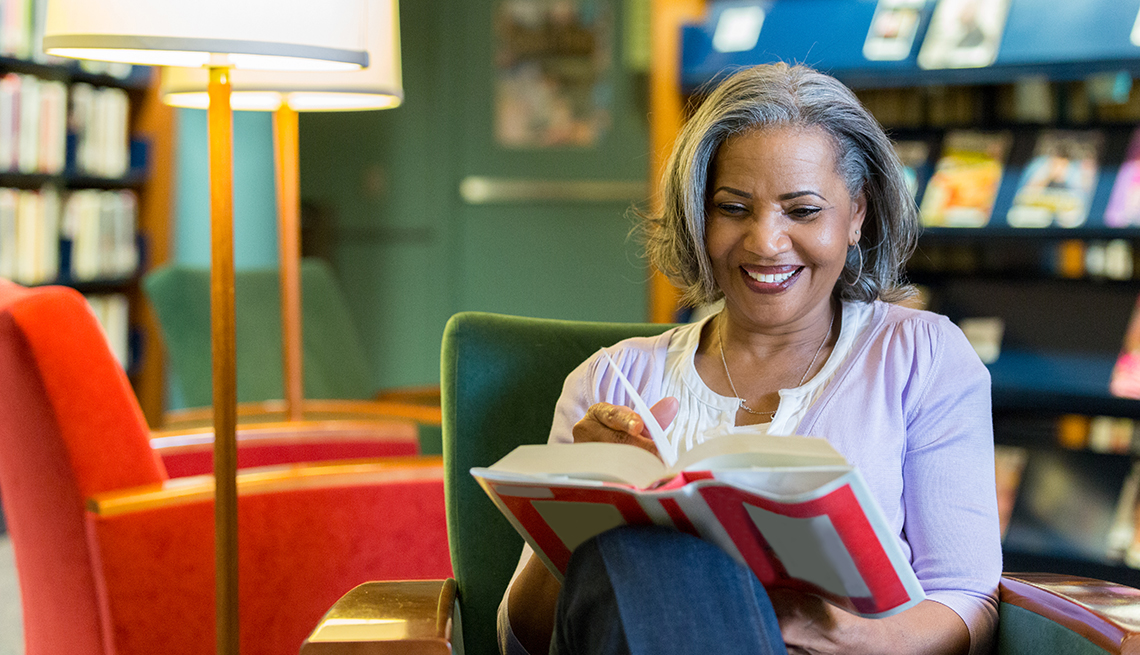 Amber Henninger is a Stanford University senior in Palo Alto, California, but not in the way it sounds.

Henninger is 85 and a resident of Vi at Palo Alto, a continuing-care retirement community on land leased from Stanford. It's one of a fast-growing number of such developments on or near university and college campuses. While these communities typically are expensive to join, their residents enjoy varying degrees of involvement with the partner schools, offering a connection the older adults feel is worth the price.

Decked out in a Stanford T-shirt, sneakers and Stanford-red earrings — and carrying a tote bag with the logo of the university's Hoover Institution public policy think tank, Henninger leads a visitor past Vi's high-ceilinged lobby with its grand piano in front of floor-to-ceiling windows, settles into a sun-filled coffee lounge and describes why she and her late husband — both alumni — decided to settle here.

"People need to have purpose in their lives,” says Henninger, who goes to every home basketball and football game, works as an usher at graduation and other events, hosts visiting Hoover fellows, and enjoys the many types of music on offer and the six lectures per month in the building's auditorium.

Many retirees agree. There are now at least 80 university-affiliated continuing-care retirement — also known as life-plan — communities, according to Ziegler and Company, an investment bank that specializes in senior housing and education.

More and even larger such developments are planned or under construction, including Mirabella at Arizona State University, The Spires at Berry College, Legacy Point at the University of Central Florida, and Broadview Senior Living at Purchase College. Prospective occupants don't have to be alumni of these institutions to live in such places, and the proportions who are range widely. For example, at Vi, about a quarter of the residents went to, or worked at, Stanford.

"The benefits flow both ways, for the folks that are residents of these facilities and for universities that are wise enough to connect with them,” says Todd Hardy, Arizona State's managing director of innovation zones.

You don't need a degree to understand the math. Colleges and universities are facing lopsided demographics, as a decline in the number of 18-year-olds cuts deeply into enrollment while the number of retirees is growing fast.

There are 3 million fewer students now than there were at the last peak, in 2011, according to the National Student Clearinghouse Research Center, which tracks this. The fastest growth over the next 10 years, meanwhile, will be among people 65 and older.

"Universities need to diversify, and if they're largely tuition-driven, you need to find other revenue sources,” says Tom Meuser, director of the Center for Excellence in Aging and Health at the University of New England (UNE).

And while they may be short on students, many colleges have something else in abundance: real estate.

Some have built communities for older people on their property; one, Lasell, charges an entry fee of between $440,000 and $1.4 million, depending on the size of the apartment, plus monthly payments of between $4,000 and $9,500.

Others have leased or sold land to developers. Arizona State is reportedly getting an up-front payment of $7 million from the nonprofit company that's building the $270 million ASU at Mirabella. Purchase College says its proceeds from Broadview will be used to hire faculty and for scholarships.

By sharing their campuses with older residents — including those, like Henninger, who are alumni or retired faculty — these universities could enjoy potentially generous bequests from the 80 percent to 90 percent of those entry fees that are refunded when they die.

"This is a strategy to help enhance alumni loyalty and expand the ways alumni can connect to their alma mater, and there are also development opportunities for the universities,” says Brian Carpenter, a professor at Washington University in St. Louis who studies the psychology of aging.

It's also a lifestyle that appeals not only to alumni, but also to retirees in general.

Future residents Tom and Pat Gagen have been visiting the Mirabella site almost weekly to watch the progress. A former hospital administrator and a retired geriatric social worker, respectively, the Gagens live in nearby Scottsdale and already attend lectures and other campus events, though neither went to Arizona State.

"We want to be able to go to stuff like that and not just sit and watch MSNBC or Fox or whatever people do,” says Tom Gagen, who is 69. Adds his wife, 66: “A college campus makes you feel young. We don't want to be around just people our age and older."

Mirabella will go even further. The people who live there will be able to take classes and use the library. “They can basically have all the benefits of being a student at a university,” Hardy says.

They will also be encouraged to volunteer on campus as, among other things, career mentors for students.

"We loved that, the thought of mentoring somebody from the time they come in as a freshman until the time they graduate, giving us a reason still to be needed,” Pat Gagen says.

Universities also see these places as laboratories for studying aging.

Stanford researchers, for example, are experimenting with integrating virtual reality into the lives of older adults with limited mobility. Across the country, in Portland, Maine, master's candidates in social work at UNE get practice by working with the residents of the nearby Motherhouse at Baxter Woods, a former convent converted into housing for people 55 and older, which opened in June.

"They're studying me, and I don't mind being studied,” says Peter Dohan, 75, a cheerful retired surgical pathologist whose studio apartment is piled with books.

UNE has an office and classroom in the building, on the top floor under thick wooden beams with exposed brick walls and a view of the neighboring woods. Although many university-connected continuing-care facilities attract wealthier retirees, the Motherhouse is mostly for low-income residents, and a few communities on public university campuses have also been required to set aside units for low-income people.

"The synergy is here,” says Meuser as he gives a tour of the building, which dates to 1906 and whose ornate details, including stained glass, have been carefully restored. “We have a university just up the street that focuses a lot on aging and health."

This makes university-connected facilities like these “a win-win for everybody,” says Jim Haynes, president of the National Continuing Care Resident Association.

Henninger, at Stanford, thinks so, too.

"Why don't more schools do this?” she asks.