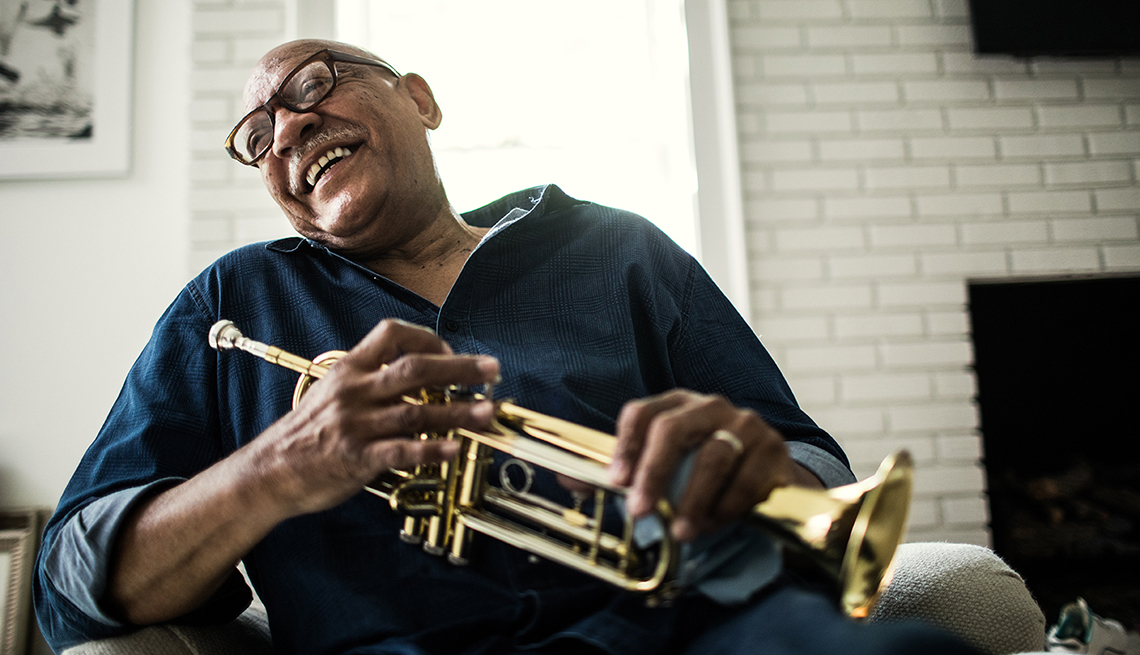 Music is not only enjoyable, research shows it can be good for your mind, heart, and soul.

Whether listening casually or intently, or soaking in the experience of a live musical event, benefits come from tuning in — and Americans do, according to a national survey conducted in April by AARP. During everyday activities, just over one-third of adults ages 18 and older spend half the time or more listening to background music, the survey reveals.

About two-thirds of adults pay close attention to recorded music. It's a habit that's more common among those over 50 — and it pays off. Both casual and focused listeners, in fact, had slightly higher average scores for mental well-being and slightly reduced levels of anxiety and depression compared to people overall, the research found.

Nearly 8 in 10 adults have gone to a musical or dance performance, but the polling shows they were more apt to have done so in their younger years. For respondents who currently go to musical performances, 69 percent rated their brain health as excellent or very good, compared to a lower 58 percent for those who went in the past and 52 percent who never attended.

The survey discovered introduction to music early in life led to lasting interest and benefits. About 68 percent of those who say they were exposed to music as a child often rated their ability to learn new things as excellent or very good, compared to 50 percent of those who never were exposed to music growing up. Quality of life ratings were also higher among those who indicated music was part of their elementary school experience.

About half of all adults (48 percent) have played a musical instrument, either solo or as part of a group. Piano and acoustic guitar are the most popular. Three-quarters of respondents, meanwhile, say they have engaged in singing as part of a choir or on their own — women more often than men (83 percent vs. 71 percent). Dancing is also popular among two-thirds of adults, more so among women and African-Americans, AARP found. Active musical engagement, especially among those over 50, was connected to higher rates of happiness and cognitive function.

Importantly, it is never too late to reap the benefits of music appreciation. Among adults ages 65 and older, engagement in music amplifies the mental well-being effects of early music exposure or makes up for a lack of initial music exposure. Adults with no early exposure to music but who currently engage in some music appreciation show above average mental well-being scores thus making up for a lack of early exposure.

The AARP 20-minute online probability-based survey included 3,185 U.S. adults ages 18 and older. Conducted April 1–14, it was weighted to include a balance of respondents by demographics.