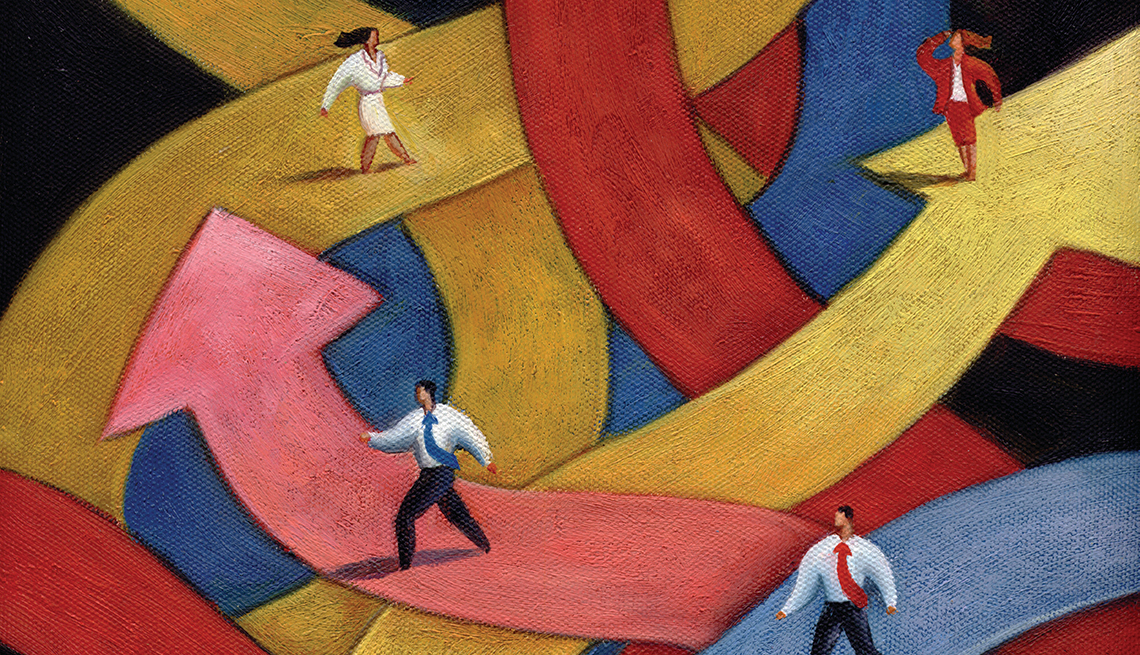 People are increasingly changing careers several times throughout their lives, both to pursue passions and advancement and to deal with life’s unexpected turns in health and family, according to new survey and other research from AARP.

Greater longevity is changing the way we learn, earn, connect, and live. With longer, healthier lives, many want and need to work longer, and given the changing nature of work, career trajectories are changing as well. Gone are the days of our parents and grandparents, when everyone expected to live a three-stage life: Invest in education, work hard, and then retire. Instead, people of all ages are navigating a nonlinear, multistage life experience.

Research abounds on how often workers change jobs, but recareering is a different, bolder move. Careers are lifelong occupations that allow an individual to grow professionally and advance within the hierarchy of a company or industry. Most workers (78%) will change careers at least once in their lives, according to the AARP survey.

As media outlets have often noted, workers across many industries change jobs many times. Quitting one job and accepting another is common, just part of bringing home a paycheck. Workers change careers less frequently, however, and the person changing careers usually intends to advance in the new career.

Understanding why and how often people change careers gives greater insight into our workforce and changing economy, especially as the population ages. The centuries-old pattern — to work at the same job or profession right up to retirement — has become obsolete.

Switching More Than Once

Results from the national survey found that workers undergo their first career change at the mean age of just 31 years old, but many workers experienced additional changes. At an average age of 36, a quarter of people changed careers a second time. Going back to school and learning new skills were the most frequently cited reasons for these early career evolutions, as young workers find more stable career paths.

While a third (15%) and fourth (6%) career change are less common, many people nevertheless continue to learn new skills or hone existing ones, either for career advancement or change.

AARP found various motivations for recareering. Nearly a quarter of respondents (23%) said a need for more money propelled them to find a new career. Dissatisfaction (20%), layoffs (17%), moving to a new location (11%), and health (9%) rounded out the top five reasons for making the leap to a new career.

Along with gaining skills and education to seek new career paths, people change careers to maximize their earnings and status. Some people also switch to get greater flexibility in their work schedules. During the in-depth interviews, researchers found workers with histories of seeking higher pay as well as pursuing unique and complex career paths that offered greater fulfillment, purpose, and challenges in their work lives. These career goals become increasingly likely as people live longer, healthier lives.

Age factors into the recareering equation as well, researchers found, not only in the context of delayed retirement or postretirement lives but also in the recasting of careers in earlier and various life stages. Respondents ages 35–54 were willing to jump careers without much concern about instability or risk, while respondents ages 55–74 stayed with a position or a career until retirement. In many cases, these older workers found postretirement careers more in line with a particular passion.