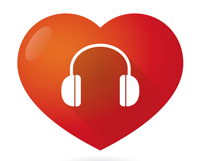 As of May 1, 2016, there are over 13,000 registered charities soliciting contributions in Colorado – three times the number registered in 2006. Of these, 2,000 are suspended and prohibited from soliciting contributions.  There are also more than 69,000 foreign and domestic nonprofit corporations authorized to transact business in the state, of which 19,000 (27%) are either delinquent or in noncompliant status. At the federal level, the IRS lists over 23,000 organizations currently exempt from federal income tax under section 501(c)(3) as public charities with a principal address in Colorado. In addition, there are 7,276 formerly tax-exempt 501(c)(3) organizations whose exemption has been automatically revoked due to their failure to file a federal Form 990 for three consecutive years.

Many states are looking to tighten regulations around charity fraud as well as increase donor awareness of likely scams or poorly run organizations, where to report them, and where to get information on legitimate charities and fundraisers.

In their efforts to support the Colorado Secretary of State’s office and the State Attorney General’s office to protect donors and stop charity fraud, the AARP Foundation conducted a research study in March 2016 among the adult general population in Colorado ages 18 and older.  This survey explored charitable giving behavior, knowledge of charity fraud and prevention, concerns about charities, and where to report potential charity fraud.  For more information contact Jennifer Sauer at JSauer@aarp.org.