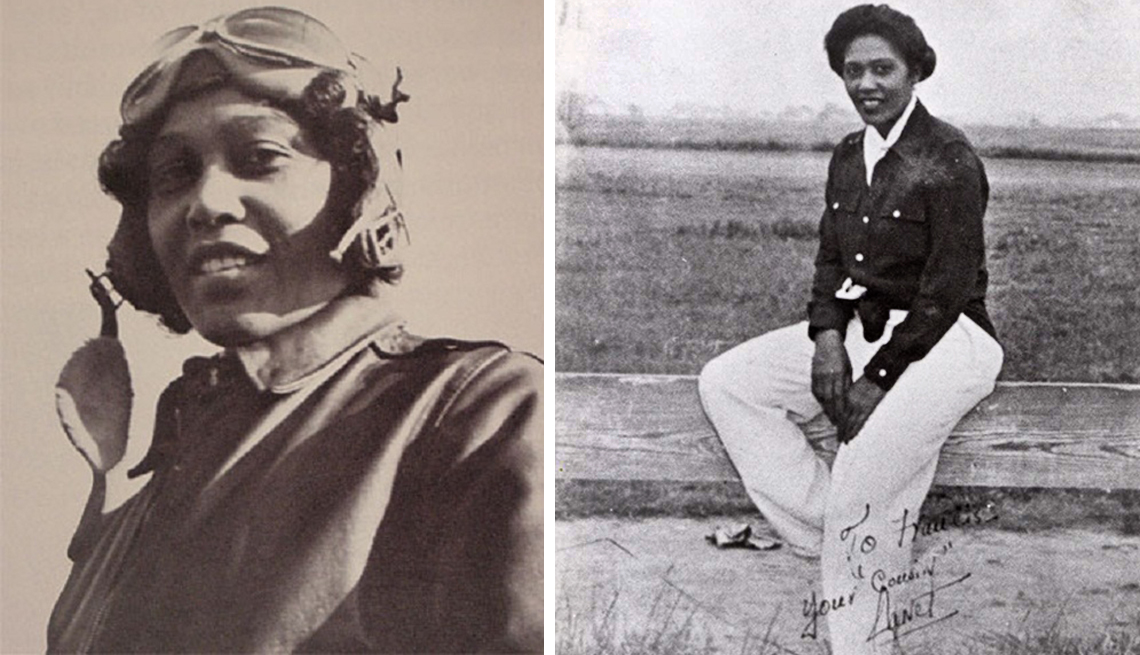 In addition to flying, Janet Bragg was a registered nurse, business entrepreneur and active in civic organizations.

While Amelia Earhart is known as a pioneer among female pilots, African American women were also breaking ground in the early days of aviation, often overcoming great adversity and discrimination to do so. Air show pilot Bessie Coleman was the first African American woman to receive a pilot's license and Janet Bragg was the first to earn a commercial pilot's license. Additionally, Bragg's leadership in black pilot organizations paved the way for other aviators of color.

Born in 1907, Bragg enrolled in the Curtiss Wright Aeronautical School in 1933, where she was the only woman in the aircraft mechanics class. The school could not afford an actual plane for flight instruction, so while simultaneously doing postgraduate work and working as a registered nurse, Bragg saved enough money to buy her first plane, which she rented out to fellow aviators.

“That little plane … it just seemed like you could talk to it, or it would talk to you. You merge right into the plane, it’s the feeling you get. I knew that little old plane was doing everything for me,” Bragg said in an interview with the Smithsonian Institution's National Air and Space Museum in 1989.

But the challenges did not end there. African American pilots were not allowed to fly out of airports used by whites. So Bragg and her class at the ground school formed the Challenger Aero Club and purchased land to build an airfield in the African American town of Robbins, Ill.

Bragg, who was also of Cherokee descent, would continue to encounter discrimination due to her race and gender. At the Tuskegee training school for black pilots, she passed the flight test for her commercial license but was denied it because she was a woman. She eventually received the license in 1943 at the Pal-Waukee Airport near Chicago, becoming the first black woman to do so. During World War II, Bragg attempted to join the Women Airforce Service Pilots (WASPs), but was turned down because she was African American.

Not only a pioneer in the air, Bragg also started her own business, purchasing property for a health care facility for patients on welfare, which eventually grew into a nursing home business housing 60 patients that she ran with her husband, Sumner Bragg. Later in life she would travel widely throughout Africa giving tours and was active in civic organizations. She continued to fly for pleasure into the 1970s. Bragg died in Blue Island, Ill., on April 11, 1993, at age 86.