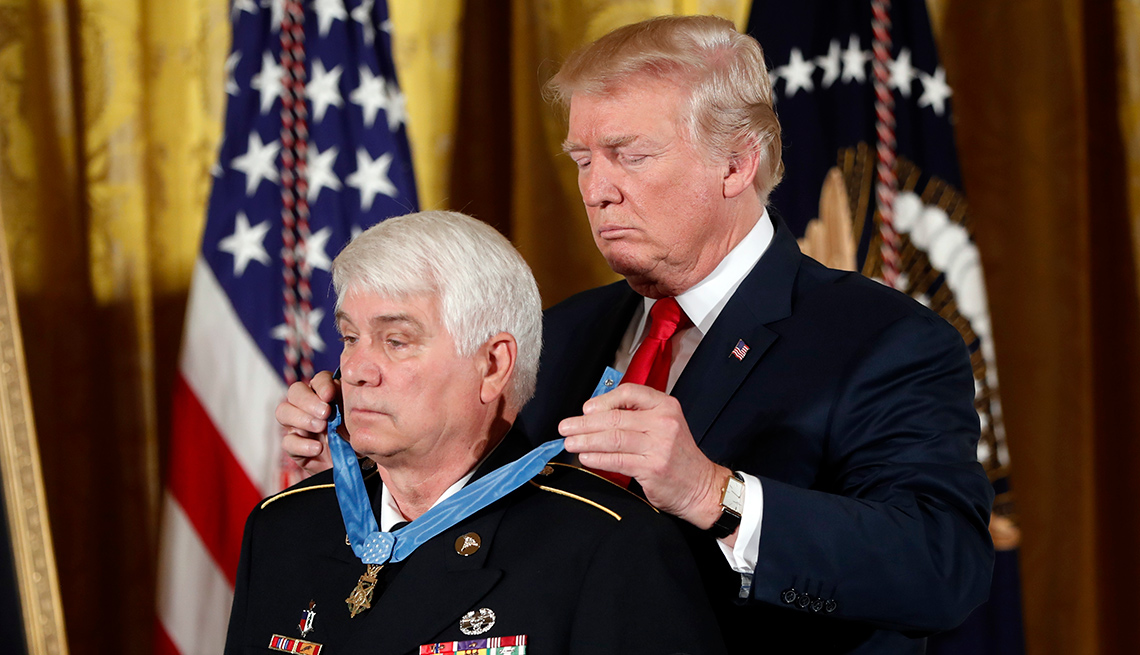 Congress waived a five-year rule to open the way for James C. McCloughan to receive the Metal of Honor.

Back in May 1969, during a two-day battle near Tam Ky in Vietnam, a 23-year-old Army medic, James C. McCloughan, rescued 10 members of his company. He kept going even after suffering head and arm wounds in the fighting.

It took 48 years for McCloughan’s bravery to be fully recognized, but this week the 71-year-old Michigan resident finally received the Medal of Honor in a White House ceremony.

During the battle, 89 U.S. soldiers found themselves in a desperate struggle with 2,000 North Vietnamese troops, McCloughan and several of his comrades told the Army Times. In one instance, McCloughan bandaged a soldier’s severe stomach wound and carried him in his arms to safety.

But Clark always thought McCloughan deserved more recognition, and eight years ago revived his old application. In October, then-Defense Secretary Ash Carter recommended that McCloughan receive the Medal of Honor — even though the five-year legal limit on the award had long ago passed.

A trio of Michigan lawmakers — U.S. Sens. Debbie Stabenow and Gary Peters and Rep. Fred Upton — joined forces to push legislation through Congress waiving the five-year rule for McCloughan, clearing the way for the highest honor.