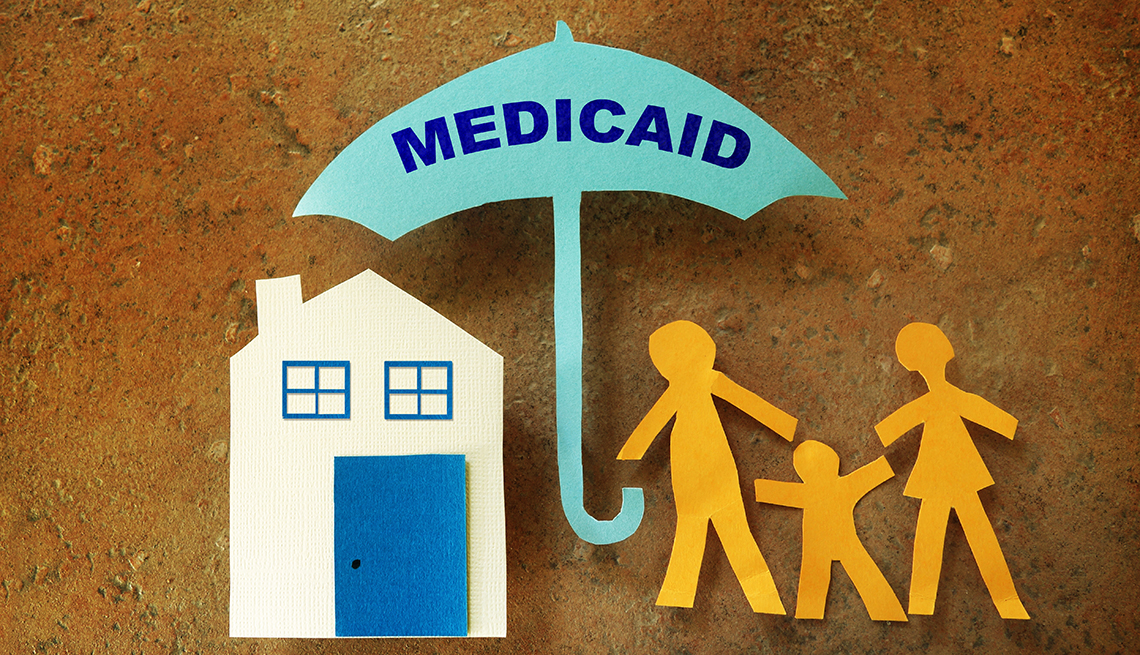 En español | Medicaid provides benefits to the 1 in 5 Americans who can't afford a doctor or pay for the long-term health care services they need. The politicians whom voters elect to the White House, Congress and statehouses in November could well shape how low-income Americans get health care for decades to come.

Will Medicaid continue to serve as a medical safety net, as it has for 55 years? Will more states join the 37 that have chosen over the past decade to expand the program? Or will some states go in the other direction, using a new White House program that could cap how much will be spent on Medicaid? Likewise, will states add eligibility requirements and time limits for receiving Medicaid benefits?

As those questions show, the future of Medicaid is very much in play in the coming elections. That means voters need to pay close attention to candidates’ positions on the program.

"There have been efforts to fundamentally change Medicaid and how it operates,” says Bill Sweeney, AARP senior vice president. “We are concerned that those proposals could have dire consequences for the most vulnerable in this nation.”

One such proposal was announced by the Trump administration in January. The Healthy Adult Opportunity option would give states the ability to create a block-grant-type Medicaid program in which they would get either an annual lump sum of money from the federal government to cover program costs or a fixed amount per month for each person it covers. Under these arrangements, state officials would be free to change benefits and make revisions to their Medicaid program without federal oversight.

Congress has flirted with legislating a block grant program for Medicaid, but it has never gone beyond the talking stage. And it's expected that the new option offered by the White House will face court challenges.

These block grant proposals “could put individuals with higher health care needs at risk,” says Robin Rudowitz, codirector of the Program on Medicaid and the Uninsured at the Kaiser Family Foundation.

"Voters should ask candidates what they are going to do to make sure that the program isn't eroded. They should let them know that they'll hold them accountable for protecting their benefits."

Medicaid has often been the target of budget cutting at the federal and state levels. Among the services perennially at risk is the care people receive at home and in their communities — the care that older Americans increasingly say they need and want. While Medicaid must pay for those eligible to receive care in a nursing facility, states are not required to pay for assistance in one's home or for services in the community.

"At the state level, we're very focused on making sure that older Americans can age in their homes,” Sweeney says.

Eleven governors’ seats are up for grabs in November, and the makeup of state legislatures will directly affect whether, for example, states that haven't expanded Medicaid will do so and which states will use the new block grant option.

The Affordable Care Act (ACA), passed 10 years ago, called on states to expand Medicaid to more low-income families; so far, roughly three-quarters have done so. Medicaid expansion efforts are underway in three more states (Kansas, Missouri and Oklahoma), either through ballot initiatives or by the state legislature.

But a lawsuit now before the Supreme Court challenges the constitutionality of the ACA. A federal appeals court struck down the ACA individual mandate and asked a lower court to review its decision that the entire law is unconstitutional. The Supreme Court will hear arguments in the fall. Depending on the outcome, Medicaid expansion under the ACA could be in jeopardy.

"Voters should ask candidates what they are going to do to make sure that the program isn't eroded,” says Megan O'Reilly, AARP vice president for federal health and family issues. “They should let them know that they'll hold them accountable for protecting their benefits.”