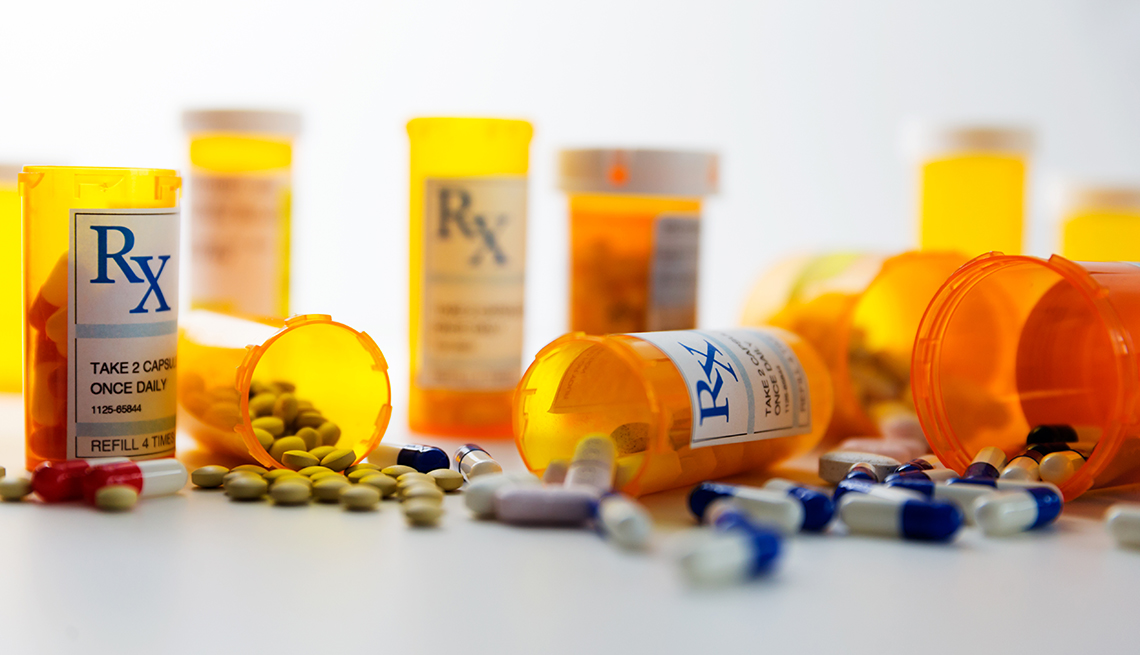 En español | There's not much that politicians from both parties agree on. But one mantra you hear from all: We need to lower prescription drug prices.

Of course, agreeing on solutions is a whole other matter. Many proposed fixes are under consideration, and candidates vary widely on their opinion of them. They also differ on their position on the drug industry itself, which recorded an average annual profit margin of 13.8 percent from 2000 to 2018, almost double that of 357 large nonpharmaceutical industries, according to a new study published in JAMA, the journal of the American Medical Association.

"All of us who care about this issue should be only supporting candidates who are willing to stand up to the drug companies and support reforms that will actually lower the prices of prescription drugs,” says David Mitchell, founder of Patients for Affordable Drugs.

Over the past year, AARP has waged a 24/7 campaign, Stop Rx Greed, aimed at lawmakers and government officials from Washington, D.C., to every state capital. The goal is to lower drug prices through five primary actions: allowing Medicare to negotiate prices; keeping price increases at or below the inflation rate; capping annual out-of-pocket costs for medicine; requiring drug-price transparency (that is, companies must explain why they are increasing prices); and making it easier for more generic alternatives to be available.

The impact of the coronavirus

Some progress was being made before the coronavirus outbreak. In December the U.S. House of Representatives passed HR 3, the Elijah E. Cummings Lower Drug Costs Now Act. This legislation would direct Medicare to negotiate with drug companies on the price of some medicines, cap annual out-of-pocket costs for Medicare Part D enrollees and use the savings from those provisions to add basic dental, vision and hearing coverage to the benefits mandated for original Medicare.

"This is an issue that is incredibly personal and that people are incredibly frustrated with. And it's one where Congress has a real opportunity to make a meaningful difference."

But the Senate has yet to act on it, though the Finance Committee did approve a measure that would limit what Medicare patients must pay for their medicines and require drug manufacturers to pay a rebate to Medicare if they raised prices more than the rate of inflation. A similar provision is included in the House bill.

The COVID-19 outbreak likely will impede progress on a prescription drug bill this year. “If we didn't have the pandemic, drug prices would be one of the top one or two issues in the election,” says Robert Blendon, who directs the Harvard Opinion Research Program.

According to Blendon, surveys show the electorate believes that Democrats are doing a better job than the GOP on health care. “If the issue becomes visible again, there will be an incentive for the president and the Senate to pass a bill that voters would see as a credible effort to address this issue,” Blendon says.

There has been more progress at the state level. In 2019, 26 state legislatures passed 40 bills that AARP supported, ranging from laws supporting drug importation to affordability boards that would ride herd on runaway price increases. And so far in 2020, 11 new laws to rein in drug prices have been passed in eight states.

Although there may still be time for the current Congress to act, the longer the coronavirus holds lawmakers’ attention, the more likely the issue will be pushed to those elected in November.

"This is an issue that is incredibly personal and that people are incredibly frustrated with,” says Megan O'Reilly, AARP vice president for health and family issues. “And it's one where Congress has a real opportunity to make a meaningful difference."