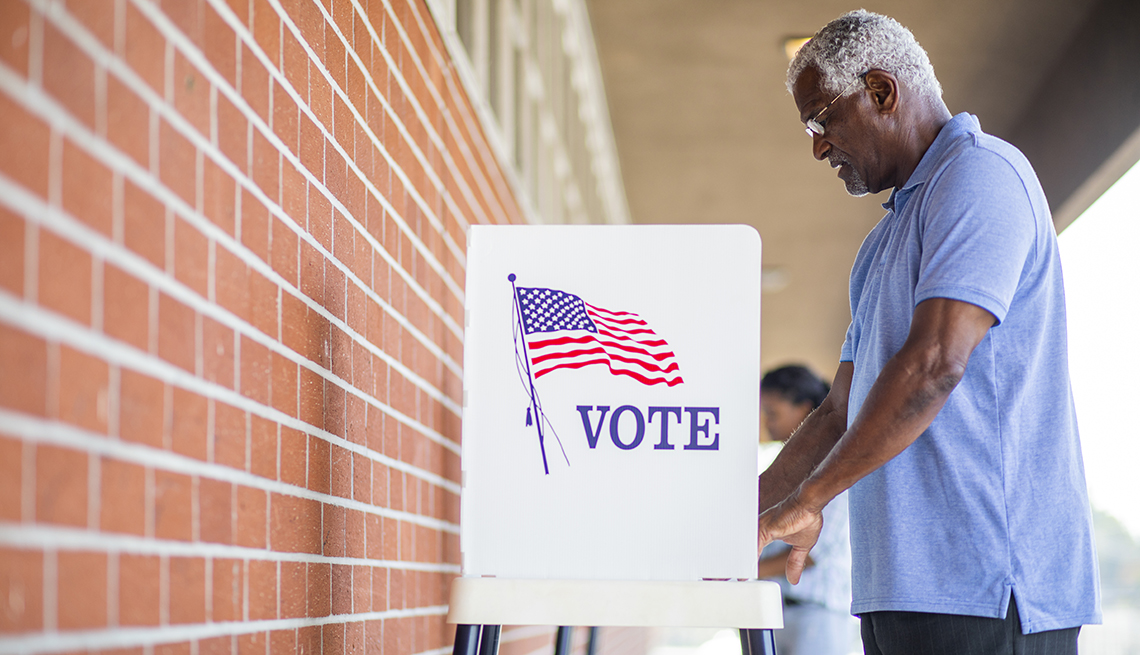 En español | Social Security’s trust funds will fall short by 2034; if that happens, benefits would drop by about 20 percent, a 2018 government report says. Some elected officials have proposed cutting Social Security as part of deficit reduction. The results of congressional races in November could determine whether that gains momentum in Washington. And if Republicans still control Congress next year, Social Security’s cost-of-living adjustment (COLA) could face a major change. The consumer price index (CPI), which determines increases based on inflation, might be ditched for the “chained CPI,” which assumes consumers will buy cheaper goods if relative prices change, so it substitutes less expensive things for pricier items — chicken, not steak. If that happens, Social Security benefit increases tied to inflation would fall. “It compounds against you the longer you receive benefits,” said Gary Koenig, vice president of financial security in the AARP Public Policy Institute.

Prescription drug costs are increasing at a rate 10 times faster than inflation, and state legislatures, Congress and the federal government are starting to take on pharmaceutical companies. At the state level, more than 80 bills to try to lower drug prices were introduced in 2017, according to the National Academy for State Health Policy (NASHP). But only a few have passed so far. President Trump, too, announced his plan to cut drug prices, although he dropped his campaign vow to allow the federal government to directly negotiate lower prices for Medicare beneficiaries. AARP supports allowing Medicare to negotiate drug prices, permitting the importation of safe lower-cost drugs and speeding generic drugs to market. “Drug prices are just way too high,” said Leigh Purvis of the AARP Public Policy Institute. “The trends simply can’t continue.”

Medicare’s trust fund will fall short by 2026, according to a report by the program’s trustees in June. House Republicans have proposed a budget that would give seniors a voucher-type option to enroll in private health plans, and have proposed other changes that would squeeze $537 billion out of Medicare. Whether that proposal moves ahead could depend on who controls Congress after November. Lina Walker, vice president of health security for the AARP Public Policy Institute, said, “If your legislator tells you that Medicare is going broke and requires draconian changes to fix it, ask more questions.” For example, does his or her proposal simply shift more costs onto the consumer, or does it try to reduce health costs and cut wasteful spending?

The high degree of political divide between Americans is particularly well illustrated by how states are handling Medicaid. Some are seeking to expand coverage; others are making it tougher to qualify, want to trim budgets or are creating more hurdles for residents to get health insurance coverage. For example, Kentucky tried to put in place a new rule this year to add work requirements to the state's Medicaid program, but is revising it after a federal court rejected the initial version. Similar plans have started, or are scheduled to start, in Arkansas, Indiana and New Hampshire. Another seven states are pursuing work requirement programs. Meanwhile, Utah, Idaho, Nebraska and Montana have ballot initiatives to expand Medicaid to cover more poor people. Virginia buttressed Medicaid this year; Maine voters approved expansion last year, but it has yet to be implemented. The makeup of statehouses and Congress after November could prove critical to Medicaid’s future.

5. The future of health insurance

The Senate narrowly failed to repeal the Affordable Care Act, known as Obamacare, in 2017. AARP strongly opposed the action, as it put older Americans not yet eligible for Medicare at risk of losing coverage if they had preexisting health conditions. They were also facing an “age tax” — higher charges for insurance based on age, which is limited by the ACA. “Without these protections, we would see a dramatic increase in the number of uninsured older Americans,” says David Certner, AARP’s legislative counsel. The outcome of House and Senate elections in November will help decide whether efforts to repeal the ACA return next year.

With traditional pensions disappearing in the private sector, many older Americans count on 401(k) plans to help with retirement. But 55 million Americans — including many who work for small businesses — don’t have work savings plans, according to AARP research. That’s nearly half. That’s where state work-and-save programs come in. They are state-facilitated retirement savings plans that small businesses can offer to their employees. People are significantly more likely to save if they can do it through automatic paycheck deduction, AARP research shows. Ten states have some type of work-and-save program, said David John of the AARP Public Policy Institute. “Oregon’s is underway, and California, New York, Connecticut, Illinois and Maryland are getting them.”

Outraged teachers in Kentucky stormed the Capitol in Frankfort this spring to protest pension changes. A high school math teacher used the issue to beat the GOP’s Kentucky house majority leader in the primary. Lawmakers around the country are looking to shore up pension plans, Berger said. In 2016, state pension funds had a $1.4 trillion deficit: $2.6 trillion in assets and liabilities of $4 trillion, according to Pew Charitable Trusts. Changes could include measures to make defined-benefit pensions more sustainable, or offering new employees “hybrid” plans, which combine defined-benefit plans with 401(k)-like plans.

America's 40 million family caregivers are getting some much-needed help from state governments. And that movement may spread if the midterm elections cause changes in some state legislatures that have been slower to act. Thirty-seven states and Washington, D.C., Puerto Rico and the U.S. Virgin Islands have passed the CARE (Caregiver Advise, Record, Enable) Act. It requires hospitals to identify, offer training to and notify family caregivers before patients are discharged. CARE legislation was introduced this year in Idaho, Iowa and North Carolina. And implementation of the CARE Act through regulation is pending in Arizona and Tennessee. “Caregiving is a nonpartisan issue because it impacts all of us,” says Jean Accius, vice president of livable communities and long-term services and supports in the AARP Public Policy Institute.

People who are 65-plus are 34 percent more likely to lose money to fraud than those in their 40s, says the Financial Industry Regulatory Authority, which regulates securities companies. Some state legislatures have noticed. Last year, 24 states enacted measures on financial exploitation of older people, according to the National Conference of State Legislatures. The November elections could keep that momentum going, or slow it down. Domestic abuse of older people remains a vastly underreported problem, according to the National Center on Elder Abuse. Research what your state attorney general is doing about that. He or she may be on the ballot  — and can be held accountable.

‘Raise Your Voice’ on Amazon Alexa and Google Home to get AARP’s take on the issues that affect you.