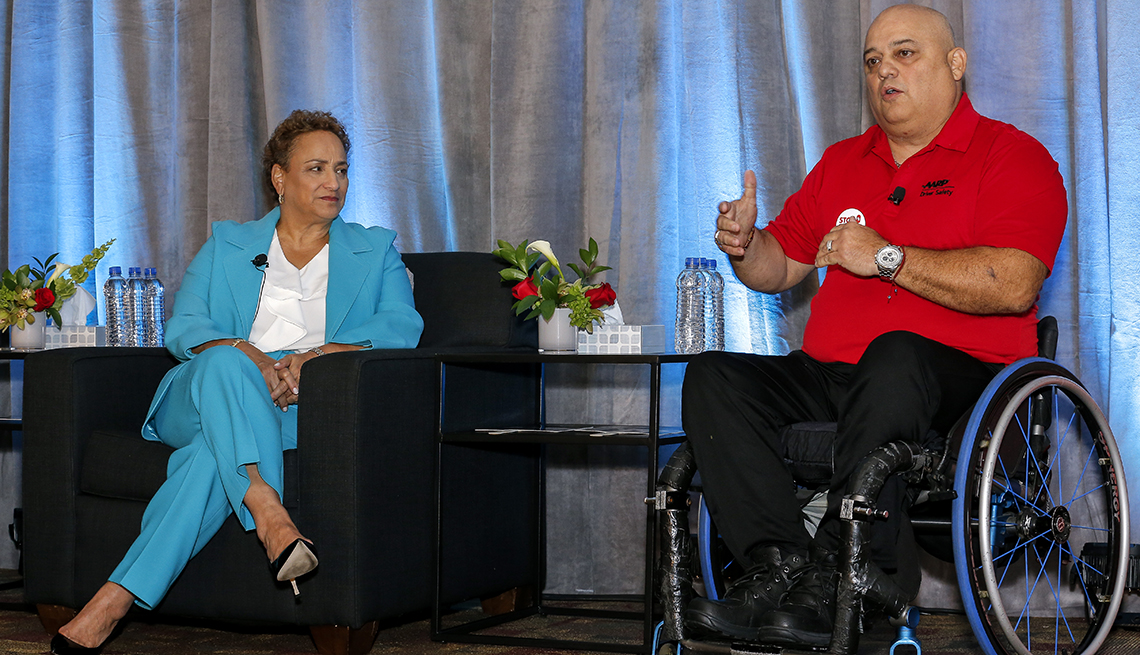 En español | Florida residents drove as much as 500 miles on Tuesday to be part of AARP's first Rx Greed listening tour and tell AARP's Chief Executive Officer Jo Ann Jenkins why it's critical that federal and state lawmakers act to lower the prices of the life-saving drugs they take every day.

Al Salvi drove to the AARP event in Tallahassee, Florida's state capitol, to tell his story of what he goes through to get just one of his medications, which costs $13.50 per pill. A 57-year-old paraplegic and cancer survivor, who also is an AARP volunteer and advocate for people living with disabilities, Salvi told Jenkins and an audience of more than 150 that he has to take “less dosages, cut my pills in half and do without some medications to make ends meet."

Salvi said he literally trades or barters medical supplies with other spinal-cord injury patients for some of the medications he needs and often relies on samples from his doctor and other medical providers. He said he's making choices “that we shouldn't have to make in America.”

"I was compelled to come here and drive the 500 miles because the message I want to get out is: You shouldn't have to compromise your health,” Salvi said, his voice breaking with emotion. “We shouldn't let big pharma determine what's right for me."

And Salvi also told the audience that he can get the same pill that costs $13.50 in the United States for $1.67 in Canada.

Phillip Combs of Madison, Florida, shared his story, telling the audience that he also has to get samples from his doctor so he can afford the medicine he needs to control his high cholesterol. Paying the $400 a month copay for the brand-name medicine that works best for him “would be about a fourth of my monthly budget,” Combs said, “And what about the other five medications I take?” 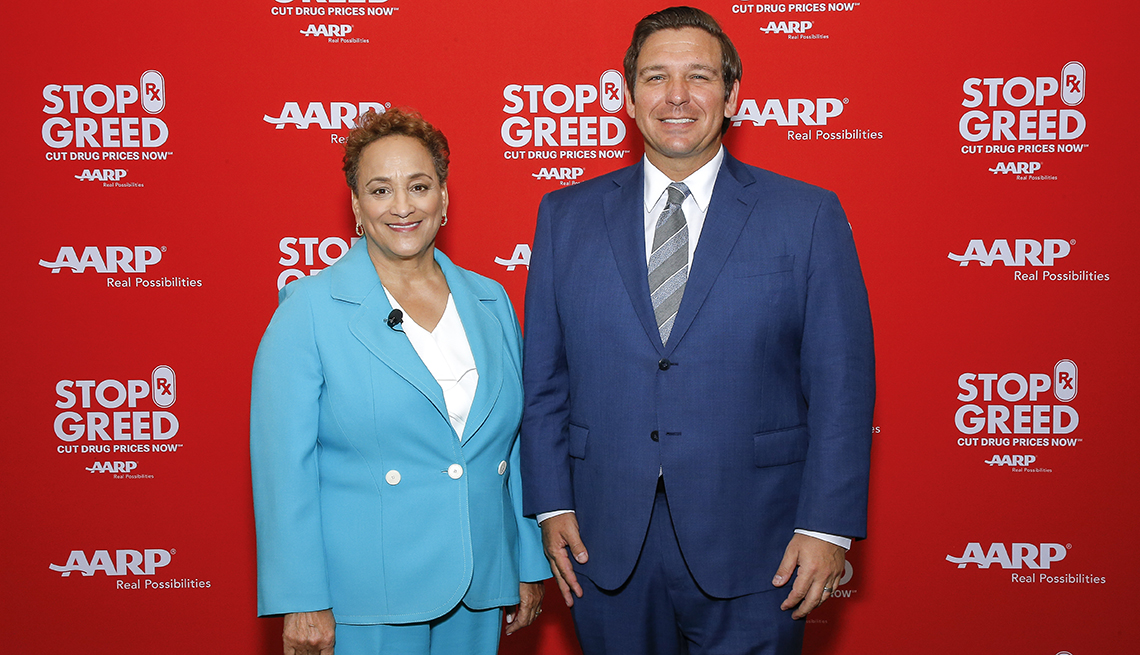 "I hope the powers that be are hearing us. I'm not looking for a handout, not even a hand up.” Combs said he's worked all his life, paying into the Medicare system, and should be able to afford the medicines he needs.

"We as a country are better than this,” Jenkins said. “We shouldn't have our seniors struggling every day to meet their basic needs.” Jenkins urged the audience to call their elected representatives and administration officials to let them know how important this issue is and that they want action now to lower prescription drug prices.

Florida Gov. Ron DeSantis and two state legislators also spoke at Tuesday's event, saying the state is on the verge of enacting a bill that would create state programs to import prescription drugs from Canada and other countries. Florida State Rep. Tom Leek sponsored the bill in the House, which has already passed it, and State Sen. Aaron Bean authored a very similar measure in the state Senate, which is expected to act soon. If enacted, Florida would become the second state – Vermont was the first — to create such a program. Federal officials would have to approve Florida's plan. Vermont has yet to submit its application.