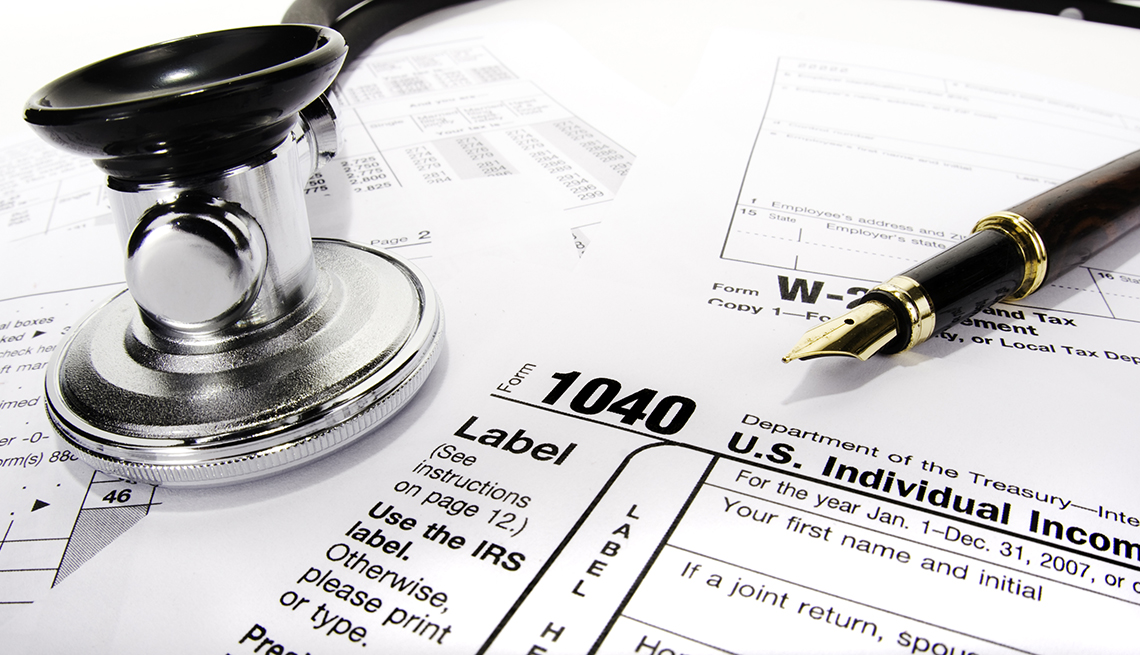 En español | Millions of Americans with high medical costs will see their income taxes increase if Congress doesn't act this month to allow them to deduct out-of-pocket health spending once they've spent 7.5 percent of their incomes on such expenses.

The 2017 federal tax law maintained the 7.5 percent income threshold — but just for two years. As of Jan. 1, 2019, the income threshold was raised to 10 percent of income. “For the millions of Americans who annually take this deduction, it provides important tax relief which helps offset the costs of acute and chronic medical conditions,” says a letter to members of the House of Representatives and Senate from a coalition of advocacy organizations, including AARP. Bipartisan bills have been introduced in the House (HR 2017) and Senate (S 110) that would make permanent the 7.5 percent threshold.

"If Congress fails to act, Americans with high out-of-pocket medical costs will be hit with an unexpected tax increase when they go to file their 2019 taxes,” says Bill Sweeney, AARP senior vice president for government affairs. Sweeney urges Congress to make the 7.5 percent threshold permanent, “or at the very least extend it before the end of the year.”

Nearly 40 percent of those who would be eligible to claim the medical expense deduction at the 7.5 percent income level are over age 65. Although Medicare covers a large share of health care costs for this age group, the average beneficiary spends about $5,680 out of pocket on medical expenses, according to AARP research. And Medicare does not cover such high-cost items as health insurance premiums, premiums for long-term care insurance, copays for prescription drugs and other medical services, and fees for some types of care, including dental, vision and hearing.

A large majority (70 percent) of taxpayers who claim the medical expense deduction have incomes between $23,100 and $113,000 per year. Experts estimate that if the income threshold is restored to 7.5 percent, the average annual benefit for Americans over age 65 will be $480. That $480 could cover Medicare enrollees’ Part D prescription drug premiums or the Part D annual deductible.