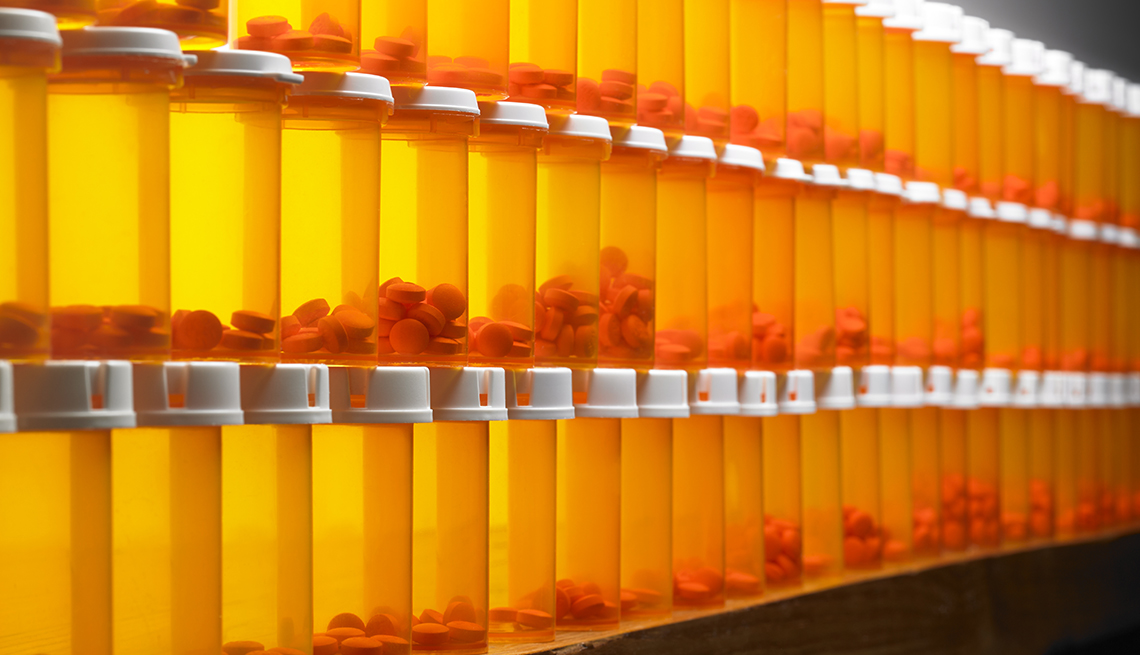 En español | Jonnie Parnell takes a handful of medications every day that keep her healthy. Born with a faulty heart valve, Parnell, 58, an actress and antique dealer outside of Tulsa, Oklahoma, uses a beta blocker (metoprolol) to control her condition, along with lovastatin for high cholesterol and rabeprazole for acid reflux. The cost to her? Just pennies a day, because all these medications are generics.

She gets sticker shock, however, any time she has to renew her prescription for Duavee, a brand-name estrogen that smooths out mood swings and hot flashes from menopause, and for which there are no generic equivalents. “It’s the only thing that works for me, but it costs $90 a month—and that’s with the drug company’s coupons,” says Parnell. “Otherwise, the price is $400, which would be completely out of reach. If I couldn’t get generics for everything else, it would really kill me.”

Parnell’s story is typical. Generic drug prices can be as much as 90 percent lower than branded products, the government has found; pricing differences like that translated into $265 billion worth of consumer savings in 2017, estimates the Association for Accessible Medicines, the generic manufacturers’ trade group.

AARP contends that greater availability of generics is key to lowering the cost of drugs in the United States. But making that happen won't be easy. Here are some obstacles standing in the way:

Playing hard to get

To obtain approval from the FDA to sell a generic drug, a manufacturer must show that its drug is “bioequivalent” to the brand-name drug — that it works in the same way and provides the same clinical benefit as its brand-name version. To prove this, companies need adequate samples of the brand-name drug to analyze and conduct tests with. But, as generic companies have complained in and out of court, brand-name manufacturers sometimes withhold these samples — effectively preventing generic competition. A bipartisan Senate bill cosponsored by Charles E. Grassley (R-Iowa) and Patrick Leahy (D-Vt.), the CREATES Act (Creating and Restoring Equal Access to Equivalent Samples), which AARP supports, would outlaw tactics like these that are designed to stifle generic competition.

Brand-name manufacturers sometimes offer financial inducements to generic companies to back off patent litigation or wait to introduce their products, thus delaying price competition. As many as 142 brand-name drugs were involved in these deals from 2005 through 2013, according to an analysis of Federal Trade Commission (FTC) reports by the advocacy group U.S. PIRG.

Provigil, which is used for sleep disorders and fatigue related to multiple sclerosis, is a good example. Although a generic version was scheduled to debut in 2005, Provigil's manufacturer, Cephalon, paid more than $300 million to four generic drugmakers to keep their products off the market until 2012. Patients were stuck shelling out up to $1,200 a month while Cephalon reaped windfall profits.

Following a Supreme Court ruling that these types of deals were subject to antitrust rules, the FTC cracked down, reaching a $1.2 billion settlement with Cephalon. And the FTC reached settlements this year in three pending antitrust suits involving these payment schemes.

Tight profit margins and increased competition have reduced the number of players in the generic industry. Some manufacturers are cutting staff or turning their focus to brand-name drugs. Plus, the negotiating power of the top three wholesalers — representing 90 percent of generic drug purchasing — has caused “tremendous” price cuts of about 11 percent per year, says Jeff Francer, general counsel for the generic drugmakers association. “It takes many years of development and working with the FDA to get a generic drug approved,” he says. “But by the time it's ready to launch, the price might discourage companies from entering the market." 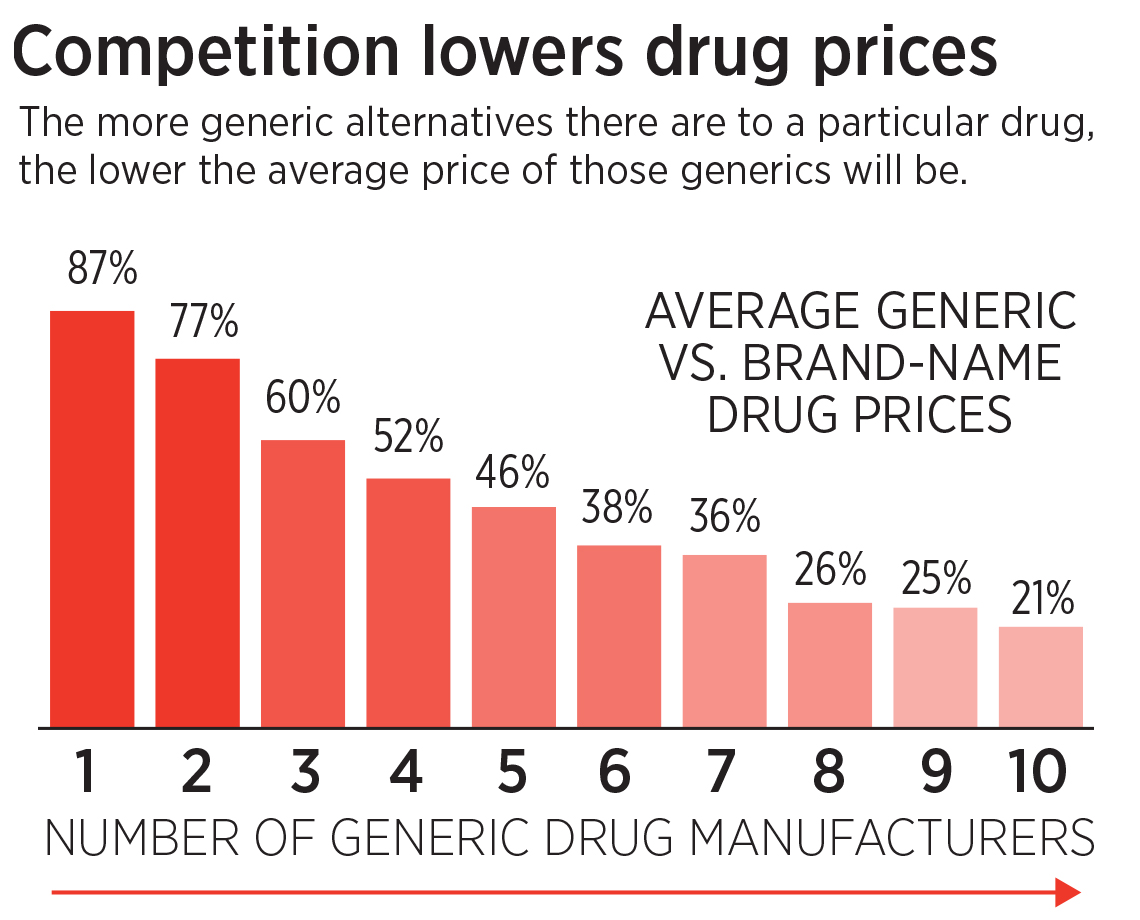